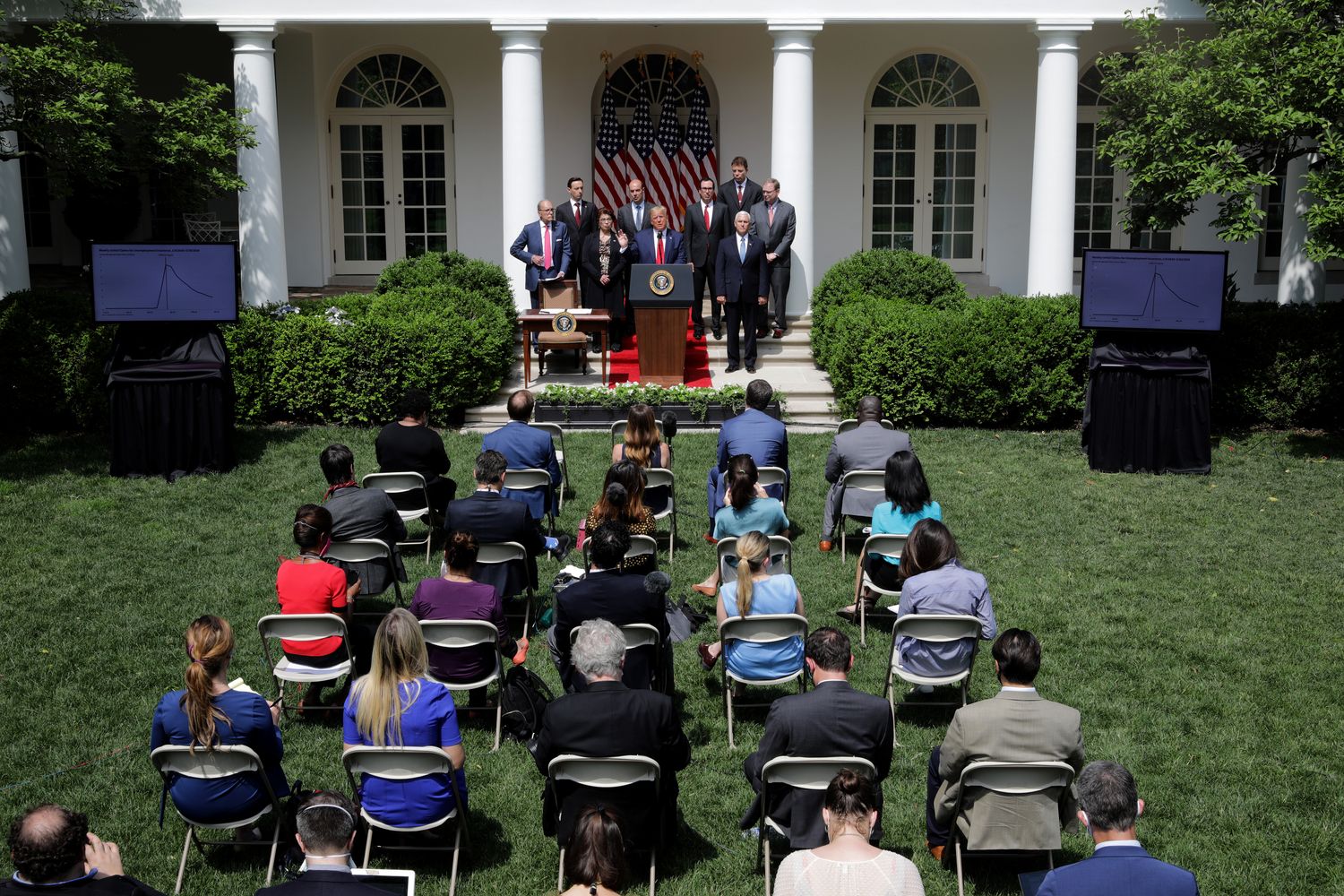 ABC News reporter Jon Karl, president of the WHCA, wrote in a statement that the White House press office said it had moved the chairs, which had been spaced out, closer together because “it looks better” — a sentiment echoed by Trump during his address.

“The chairs were initially positioned in a way that was consistent with social distancing guidelines but were moved closer together by White House staff shortly before the event started,” Karl wrote. “The health of the press corps should not be put in jeopardy because the White House wants reporters to be a prop for a ‘news conference’ where the president refused to answer any questions.”

CNN correspondent Jim Acosta tweeted pictures from photographer Khalil Abdallah that showed the seats were originally spaced a number of feet apart from each other earlier in the morning and were later rearranged.


Trump addressed the new seating arrangement amid his celebration of better-than-expected economic numbers. After applauding Florida for reopening parts of its economy, Trump turned his attention to the White House press corps.

“You’ve got to open it up, and you do social distancing, and you wear masks if you want,” Trump said, before motioning at the reporters gathered at the White House. “Even you, I notice you’re starting to get much closer together — looks much better I must say. Not all the way there yet, but you’ll be there soon.”

The Centers for Disease Control and Prevention recommend everyone practice social distancing and stay at least 6 feet away from each other while outside.The CDC also recommends that all Americans wear cloth face coverings while outside their homes, even if they do not have coronavirus symptoms.

While reporters wore masks at the Rose Garden on Friday, Trump and other administration officials did not and did not practice social distancing.

The debate over social distancing has evolved in recent weeks amid mass protests in response to George Floyd's death while in police custody. Now, some public health experts are encouraging Americans to leave their homes to protest racism.

Meridith McGraw contributed to this report.