Facing a swell of employee disapproval, the Facebook CEO defended his decision during a private question-and-answer session with staff. 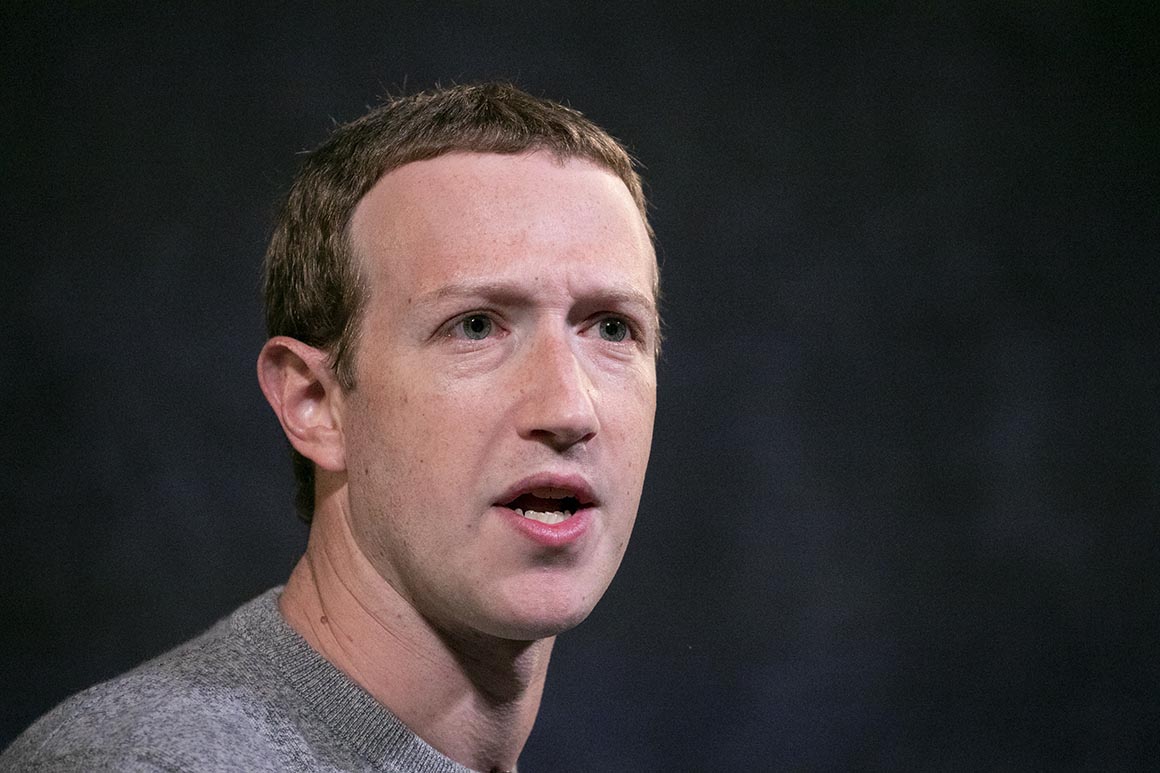 Facebook CEO Mark Zuckerberg stood firm against employees calling for the company to take action against inflammatory posts from President Donald Trump, saying on an internal call Tuesday that his decision to leave them untouched was supported by the social network’s policies.

Zuckerberg’s defense came during a private question-and-answer session with employees of the sprawling social network, according to two people on the call. Originally scheduled for Thursday, the call was moved to earlier in the week in response to a swell of employee unrest.

The 36-year-old executive has come under unprecedented scrutiny from his own workforce, including the company’s mainstay engineers, scores of whom organized a virtual walkout Monday and took to social media with uncharacteristically public criticism. At least two employees have resigned citing Zuckerberg’s inaction.

“It's crystal clear today that leadership refuses to stand with us,” engineer Brandon Dail tweeted Tuesday.

Zuckerberg is “grateful” for employee feedback, Facebook spokesperson Andy Stone said in a statement, noting "open and honest discussion has always been a part of Facebook's culture.”

The Facebook chief’s continued defense of his decision despite growing censure illustrates his increased willingness to stand behind a politically divisive, and for some, unpopular opinion regardless of the fallout.

Zuckerberg has taken an increasingly hardline approach to free speech online in recent months, saying he believes social media sites should put relatively few filters on speech, particularly when political leaders are doing the talking. People should see and judge those words for themselves, he says.

But that policy has been tested in recent days by the president, who has used social media to threaten military intervention in cities and states that do not quash protests. His original inflammatory tweet, which included the phrase “when the looting starts, the shooting starts,” was penalized by Twitter for “glorifying violence.”

READ:  'We're going to fill it': Republicans ready for any Supreme Court vacancy

Zuckerberg declined to take action despite a “visceral negative reaction” to Trump’s words, he said in a Facebook post Friday.

“I know many people are upset that we've left the President's posts up, but our position is that we should enable as much expression as possible unless it will cause imminent risk of specific harms or dangers spelled out in clear policies,” he said.

Since then, the president has continued to ratchet up the hostile rhetoric and streets across America have come to resemble war zones. Police have clashed violently in some instances with protesters, most of whom are marching and chanting for justice peacefully. On Monday, federal police used tear gas to remove peaceful demonstrators from a park near the White House so the president could pose for photos in front of historic St. John's Episcopal Church.

Facebook’s inaction in the face of increasingly dangerous social unrest has drawn sharp rebuke from civil rights leaders, many of whom have collaborated with Zuckerberg and other company executives on policies to make the social network more inclusive of minority users.

Several of those leaders were “disappointed and stunned” after a call with Zuckerberg on Monday evening, saying the explanation he offered for Facebook’s decisions were “incomprehensible.”

“He did not demonstrate understanding of historic or modern-day voter suppression and he refuses to acknowledge how Facebook is facilitating Trump's call for violence against protesters,” according to the leaders of Color of Change, the NAACP Legal Defense and Educational Fund and The Leadership Conference on Civil and Human Rights. “Mark is setting a very dangerous precedent for other voices who would say similar harmful things on Facebook.”