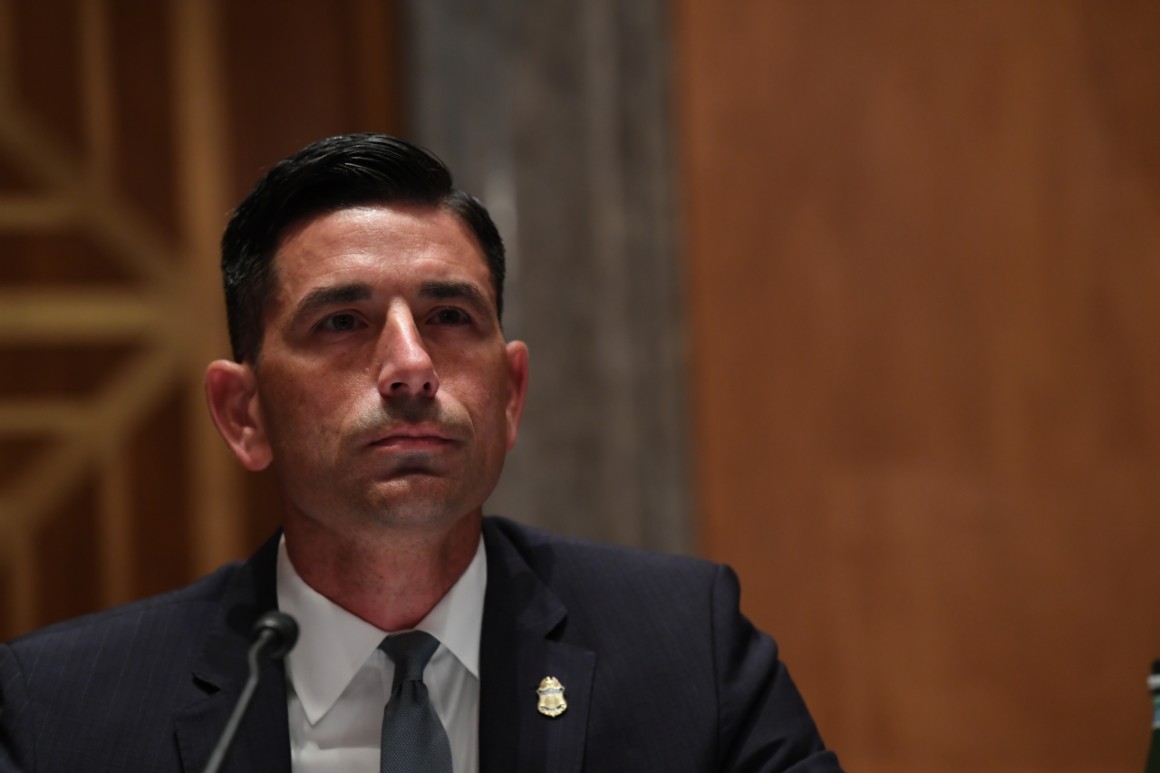 Acting DHS Secretary Chad Wolf said Sunday that he did not know a video of him participating in a naturalization ceremony would be broadcast at the Republican National Convention.

Wolf went on the defense when asked about the video’s use at the RNC, noting that the department does “hundreds, if not, thousands” of ceremonies like it every year.

“It was uploaded to a public YouTube channel,” he said on ABC’s “This Week.” “Anyone, any individual, organization or political party can pull down that video and do with it as they wish.”

But Jonathan Karl, the program’s co-anchor and chief Washington correspondent, doubled down on the question — asking Wolf if he knew it would be used at the Republican National Convention.

Wolf added: “We had a number of USCIS employees there, as they do every naturalization ceremony, making sure that that ceremony goes off without a hitch. They were giving that oath of allegiance to those individuals there. And again, we’ll continue to do that, because that's our mission at the department.”

On Tuesday, viewers of the Republican National Convention saw a ceremony filmed at the White House that featured Trump observing the swearing-in of five new U.S. citizens, and congratulating the participants. Subsequent press reports indicated that the new citizens didn’t know their ceremony would be used as part of the RNC.

Wolf’s comments came after DHS employees received an email Thursday reminding them not to engage in “partisan political activity.”

The email was to serve as a reminder of the Hatch Act, a 1939 law which prohibits most employees of the executive branch from participating in political activities. A department spokesperson said such reminders are sent out frequently to employees during election season.

Democrats called for an investigation into Wolf’s potential violation of the Hatch Act.

House Homeland Security Chair Bennie Thompson (D-Miss.) wrote in a letter to the Office of Special Counsel that the broadcast was “an unprecedented politicization of the naturalization ceremony — an official function of the Department of Homeland Security.”

“Mr. Wolf's participation appears to constitute engaging in political activity while acting in an official capacity,” the letter read.