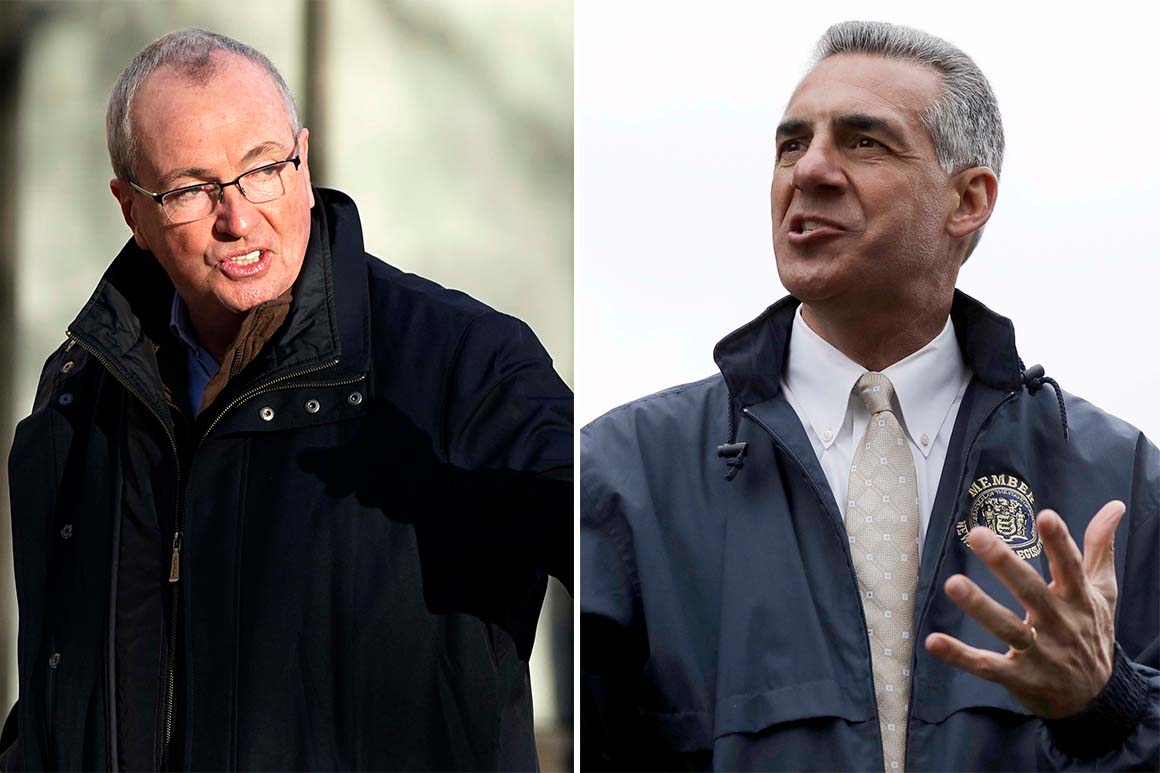 Murphy, a Democrat who was raised in Massachusetts and moved to the Garden State in 1998, cited a quote from a member of another political family closely associated with the Bay State as a retort.

“I’ll paraphrase Bobby Kennedy when he was running for Senate [in New York]: He said that if elections were judged based on how long a person has lived somewhere, we should elect the oldest living person in the state. I mean, come on. Let’s focus on the stuff people care about,” Murphy said in a phone interview with POLITICO.

“It’s ridiculous. First of all, we bought our house in 1998. And I would like to ask the assemblyman, did he have a say in where he was born? Probably not. Did [First Lady Tammy Murphy] and I make the conscious decision to move to New Jersey and raise our four kids? Absolutely. Probably the best decision of our lives.”

“I’ll eat a pizza with anybody,” he told POLITICO.

Ciattarelli, a former member of the New Jersey General Assembly, won the Republican primary Tuesday to take on Murphy in November. During his victory speech, the 59-year-old CPA and former owner of a medical publishing business said his family has been in New Jersey since his grandparents immigrated from Italy a century ago, contrasting himself against Murphy, a multi-millionaire who made his fortune as a Goldman Sachs executive but frequently describes his own suburban Boston upbringing as “middle class on a good day.”

The Republican nominee has focused on more than Jersey identity politics in going after Murphy. He’s slammed the governor over the state’s high rate of nursing home deaths during the pandemic, small business closures while restrictions were in place and the state’s persistently high property taxes.

Ciattarelli has posted detailed policy proposals to his website and outlined others during an interview last week with POLITICO. Murphy has so far focused on touting his accomplishments during his three-and-a-half years in office, including increasing the state’s minimum wage, criminal justice reforms, legalization of recreational cannabis, a new corporate tax incentive package and raising taxes on millionaires.

Murphy said he plans to work to expand on those in a second term.

“There are very few folks in this line of business who campaigned one way and governed the way they campaign. I’m proud of that,” Murphy said. “We’ll put more meat on the bones. But in the meantime, folks should not be surprised to anticipate that we will continue on many of the journeys that we have begun.”

Murphy also faces a challenge in economic recovery from the pandemic as New Jersey has the seventh highest unemployment rate in the country. But, he said, “I’m confident that we’ll get caught up.“

Ciattarelli prevailed Tuesday in a four-candidate primary. Two of his opponents, Phil Rizzo and Hirsh Singh, explicitly sought out support from former President Donald Trump’s most die-hard supporters, and between them split nearly half the vote. For his part, Ciattarelli sought to walk a line of not criticizing Trump but not emphasizing support for him either.

Murphy telegraphed that Trump — who during his term proved to be politically toxic in New Jersey statewide and in many congressional elections — will still be very much an issue come November.

“I didn’t pay minute attention to [the Republican primary], but whenever I have paid attention, including looking at Assemblyman Ciattarelli’s positions … it was a race to the right. It was a race to be as Trumpy as possible,” Murphy said. “You get the assemblyman showing up at a ‘Stop the Steal’ rally ... Come on, that’s not who we are in New Jersey, including inside the Republican Party.”

Ciattarelli is facing an uphill battle in his quest to defeat Murphy. Murphy heads into the general election campaign with a 55 percent approval rating and a commanding 52 percent to 26 percent lead over Ciattarelli, according to polls released this week.