In another break with the president, Senate Republicans want billions more to support state testing efforts. 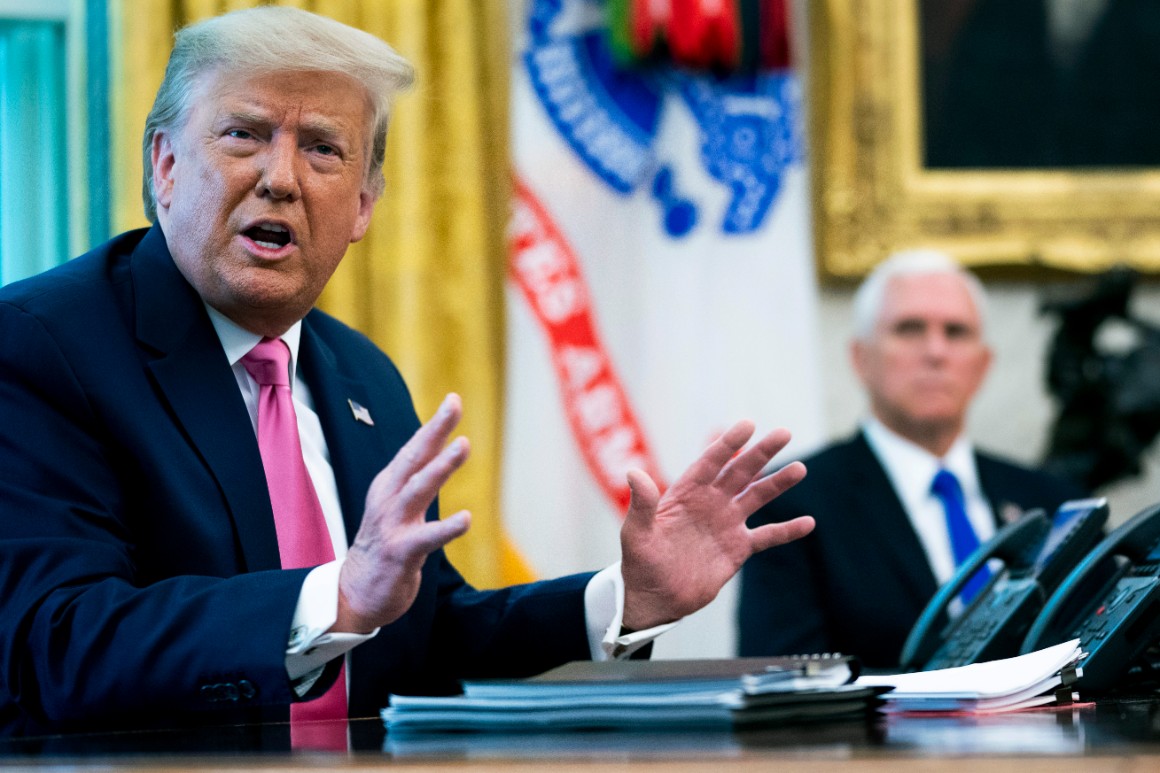 White House officials and Senate Republicans face a critical day on Tuesday in the opening stages of coronavirus negotiations as they try to agree on key elements of a GOP proposal.

With enhanced unemployment benefits running out for millions of Americans at the end of July and the elections just over 100 days away, the two parties remain trillions of dollars apart on their funding priorities. The White House and Senate Republicans are divided as well, with GOP lawmakers resistant to President Donald Trump’s push for payroll tax cut.

In another break with the president, Senate Republicans also want billions more to support state testing efforts. They also are pushing for funds for personal protective equipment and to lay the groundwork for vaccine production.

Mnuchin and Meadows will then huddle with Pelosi and Schumer this afternoon.

The negotiations come as Congress is gearing up for a three-week sprint to August recess. Senate Majority Leader Mitch McConnell (R-Ky.) has made clear that any coronavirus package must include liability protections for businesses and schools against lawsuits due to coronavirus exposure. Senate Republicans also want to provide financial incentives for fully reopening schools.

READ:  Biden is betting big on Afghanistan's air force. But their problems continue to grow.

The GOP proposal, which is expected to be released later this week, is also likely to include direct payments to individuals.

While both sides are expressing confidence Congress can reach a deal before lawmakers return home to campaign in August, Republicans and Democrats remain far apart on key issues, including the price tag. McConnell and administration officials want to keep the package at around $1 trillion, while Democrats are pushing for adoption of the House’s $3 trillion Heroes Act, which the lower chamber approved two months ago.

Republicans are dismissing the Democrats’ bill as nothing more than a liberal wish list.

Another sticking point will be whether to extend boosted unemployment insurance provisions. The March coronavirus package included a $600-a-week boost, which is set to expire in the coming days. Senate Republicans argue that the bolstered benefits provide workers a disincentive for returning to work and want to see the payments either scaled down or restricted based on income. But Democrats are showing no signs of caving and some, including Schumer, are pushing to tie the unemployment insurance benefits to economic conditions.