The former president has the devotion of the Republican rank and file, but sooner or later they’ll have to win elections, where the Senate GOP leader rules. 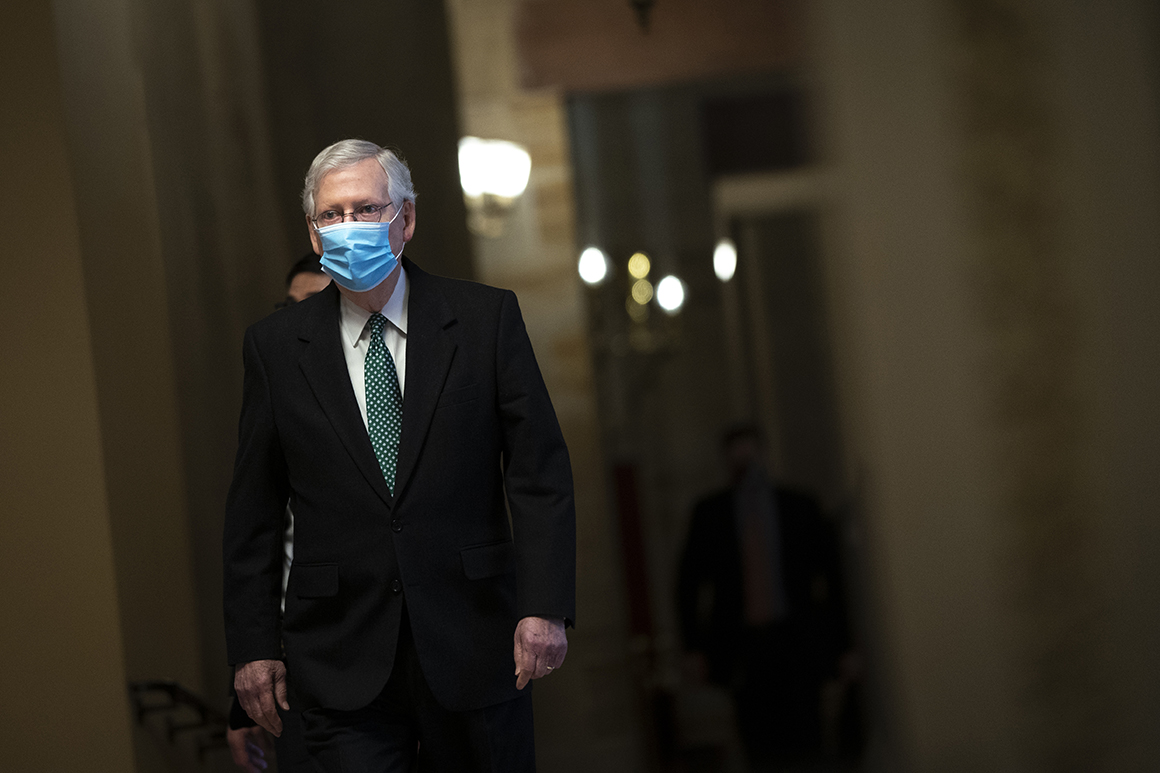 Donald Trump ended his post-presidency silence not with a blast at President Joe Biden, or at the left, or at the House impeachment managers, but at the true enemy—Mitch McConnell.

The Trump forces aren’t forming a third party, but they do want to take over—or more accurately—maintain their current grip on the GOP, and McConnell is an obstacle.

The Senate minority leader declared his independence from Trump in his lacerating speech at the end of the Senate impeachment trial, perhaps the most damning vote of acquittal in a couple of centuries of Anglo-American impeachment proceedings.

McConnell’s speech is as close to catharsis as he comes in public, after years of what must have been pent-up frustration dealing with Trump’s enervating controversies, after holding his tongue as long as he could about Trump’s attempts to overturn the election, and after Trump’s outsize contribution to the loss of Republican control of the Senate in the Georgia special elections.

The Trump-McConnell fight isn’t exactly over the soul of the Republican Party, but it is over whether there will be significant space in the party for figures other than Trump to have notable influence over its direction.

At the outset, this contest isn’t a fair fight. McConnell, aka “Cocaine Mitch,” has acquired considerable new street cred on the right over the years with his hard-nosed work on judges. Nonetheless, there are very few rank-and-file Republicans interested in storming any hills for Mitch McConnell, while many of them would scale K2 for Donald Trump.

Trump has the passion and the numbers on his side. That he lost a presidential election, lost the Senate, lost all his election challenges that ended in the debacle of January 6 and a second impeachment, lost access to social media and still has such a hold on the party is truly astounding.

McConnell’s task, though, isn’t to rely on his emotive power to create a loyal mass army of McConnellists around the country, steeped in Senate procedure and ready to go to the mat for the Byrd rule. No, it is simply to work to block electorally poisonous, or at least risky, Trumpists from winning Senate primaries, say, in the most extreme example, Marjorie Taylor Greene in Georgia.

Here, McConnell has cards to play. He can raise a lot of money. He has a practiced and effective political team that has already, back in the Tea Party era, fought an epic bout of primaries with energized populists who couldn’t stand McConnell. And he has an ability to focus on long-term goals that the easily distracted Trump, driven by personal animosities, does not.

At the moment, Republican voters are highly focused on prosecuting the party’s civil war, but, eventually, more of the attention has to shift to Joe Biden and stopping his agenda, which will require sending more Republicans to Washington rather than fewer.

McConnell doesn’t need this to happen next week or next month, but by 2022.

The Kentucky Republican’s judgment on electability is hardly infallible—he’s made his share of bad calls in primaries over the years and is prone, not surprisingly, to be overly conventional.

Still, the gravamen of Trump’s anti-McConnell statement, making the case that the Kentucky Republican is a political disaster compared to the masterly Trump, is risible.

Trump blamed McConnell for the loses in Georgia. Per Trump, McConnell sank the Republican candidates in the special elections by not agreeing to $2,000 checks in the Covid-19 relief bill in December. If Trump thought this issue was so important at the time, though, he should have made it a priority before the deal on the bill was cut, not after.

Surely, the most decisive factor in the Georgia outcome was Trump going out of his way in the most incendiary fashion possible to divide the state party against itself.

Finally, Trump attributed McConnell’s win in Kentucky to the power of his endorsement, when the Republican was comfortably ahead in every credible poll and somehow has been winning Senate races in Kentucky without Trump’s assistance since 1984.

There is no doubt that Trump is a potent political figure. Yet, his draw isn’t transferable to other Republicans when he’s not on the ballot, and he failed to get above 47 percent of the vote in two national elections against lackluster opponents.

Republicans still strongly identify with him, but it’d be a mistake to let him dictate the party’s potential future leaders or its ultimate direction.