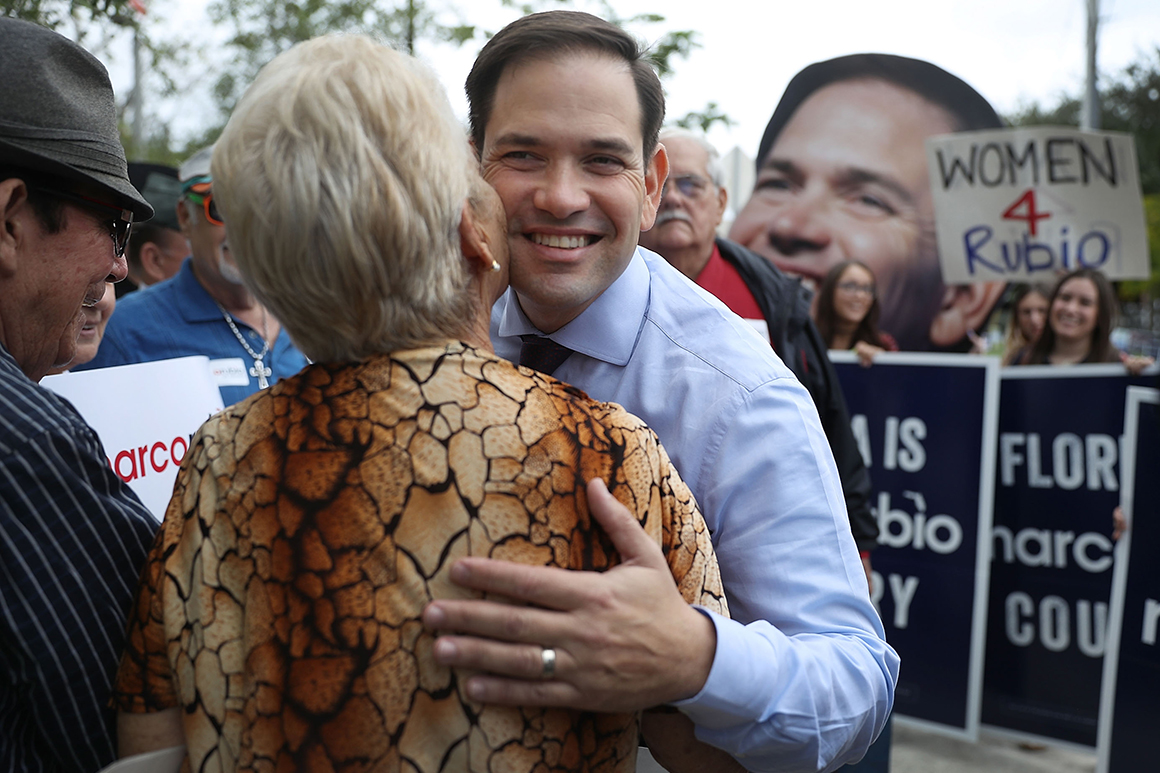 MIAMI — Few Republicans are more loathed by Democrats than Florida Sen. Marco Rubio. Many have never looked at him the same since, after helping to draft the 2013 bipartisan immigration bill, he backed away under conservative pressure. They mock him as an opportunist or a Donald Trump sycophant.

With an approval rating under 50 percent, Rubio would seem ripe for a takedown in next year’s election. But right now, Florida Democrats don’t have much confidence they can topple him.

The state’s top Democratic prospects are instead jockeying to run for governor against Rubio’s fellow Republican, Ron DeSantis. And the architecture of Trump’s Florida victory in November revealed just how difficult it will be to knock off the two-term senator in a general election in the giant, expensive and red-leaning state.

“For a variety of reasons, Rubio will be tough to beat — whether because it is an off-year election, his Miami roots or his profile — that’s hardly a surprise to anyone and I believe that is why there is an absence of big names lining up early,” said Steve Vancore, a veteran Democratic pollster and strategist.

The political operations of President Joe Biden and Senate Majority Leader Chuck Schumer are trying to recruit one of two Orlando-area congresswomen — Val Demings, who was on Biden’s vice-presidential shortlist, and Stephanie Murphy — to challenge Rubio, but so far they’ve been noncommittal, according to four sources familiar with the efforts. Other prominent Democrats with statewide profiles — from Agriculture Commissioner Nikki Fried to Rep. Charlie Crist, a former governor and Rubio Senate opponent — are maneuvering with the governor’s mansion in mind.

The reasons for the hesitance to take on Rubio are myriad. Among the biggest issues are the astronomical cost of running a statewide Senate race in Florida to the sorry state of the state Democratic Party, which typically fares poorly in midterm elections. But none worry Democrats as much as the bilingual Cuban-American’s ethnicity and his home base in Miami-Dade.

The state’s most populous county, Miami-Dade is where Democratic candidates need to run up the score to offset losses elsewhere in the state. And as Florida’s top Hispanic politician, Rubio begins there with a critical advantage. 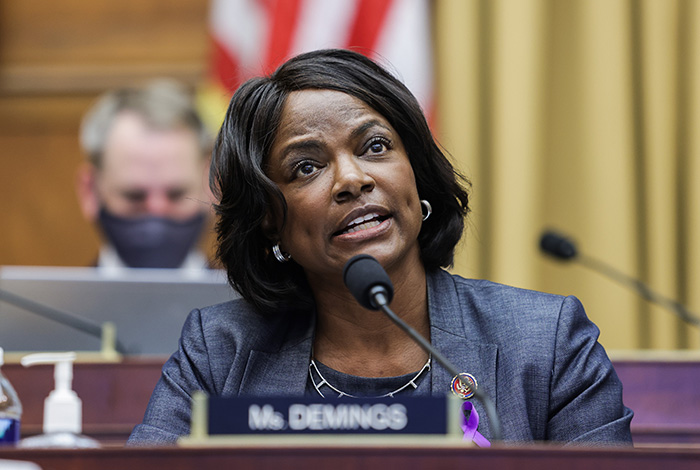 “Any Hispanic Republican statewide messes the math up terribly for Democrats,” said Eric Johnson, who advised Rubio’s 2016 Democratic opponent, former Rep. Patrick Murphy. “Once a Republican starts taking a chunk of the Hispanic vote, they’re almost unbeatable. And with Marco being from Miami-Dade County, it’s just really difficult to get there.”

The size of Trump’s victory in Florida — the fourth consecutive top-of-the-ticket win for Republicans since 2012 — is exacerbating Democratic concerns. The former president’s 3.3 percentage point margin in 2016 was larger than Barack Obama’s when he carried the state in 2008. At the time, by Florida standards, Obama’s 2.8 point win seemed like a landslide.

Trump’s surprisingly strong performance in Miami-Dade in 2020 was a potential warning to Democrats about Rubio’s strength. Fueled by turnout among Republican-leaning Cuban-Americans, Trump lost the Democratic-leaning county by just over 7 percentage points, compared to nearly 30 points in 2016.

What made Trump’s win even more eye-popping was that Democrats spent more than $100 million to defeat him in Florida, leading national Democratic donors to blanch about underwriting a campaign against Rubio that would cost a minimum of $75 million.

Less-expensive states like Pennsylvania, Wisconsin and North Carolina — all of which are expected to have competitive Senate contests in 2022 — are more attractive targets for Democrats to pick up seats they may need to maintain their hold on the Senate. Biden won Pennsylvania and Wisconsin, elevating their importance to Democrats in the midterms, which are typically troublesome for the political party of a White House incumbent.


“For the cost of having a shot at Rubio, we could almost fund races in both Pennsylvania and Wisconsin, so a lot of donors just see a Florida race as fool’s gold,” said one national Democratic operative affiliated with Schumer’s Senate Majority PAC.

Both the Pennsylvania and North Carolina Senate contests will be open seat races, making them highly competitive. In Wisconsin, at least three Democrats are already lining up to take on Sen. Ron Johnson, said Democratic strategist Sachin Chheda, who points out that state Democrats have won nearly every race there since 2016 — a stark contrast to Florida.

Ben Pollara, who runs a political committee known as Retire Rubio, acknowledged that “this state tilts ever so slightly but decisively to the right.” But he said Florida elections are no lay-ups, not even for incumbents, and Rubio’s approval rating suggests he’s beatable.

The senator’s biggest vulnerability, however, is on his right flank. The evidence of that came in Florida’s 2016 presidential primary, when he was demolished by Trump. Rubio won only one of the state’s 67 counties — Miami-Dade. He recovered, ran for reelection that year, crushed his primary opponent and walloped Murphy by almost 8 points on Election Day.

Rubio’s Jan. 6 vote to approve the Electoral College results declaring Biden as the winner of the presidential election was a sin in the eyes of many Trump supporters and conservatives, some of whom have viewed him with deep suspicion ever since he tried to pass bipartisan immigration legislation in 2013. Since his Electoral College vote, Rubio has tacked back by attacking the constitutionality of the Senate trial of the former president after his impeachment for inciting a deadly Capitol riot. 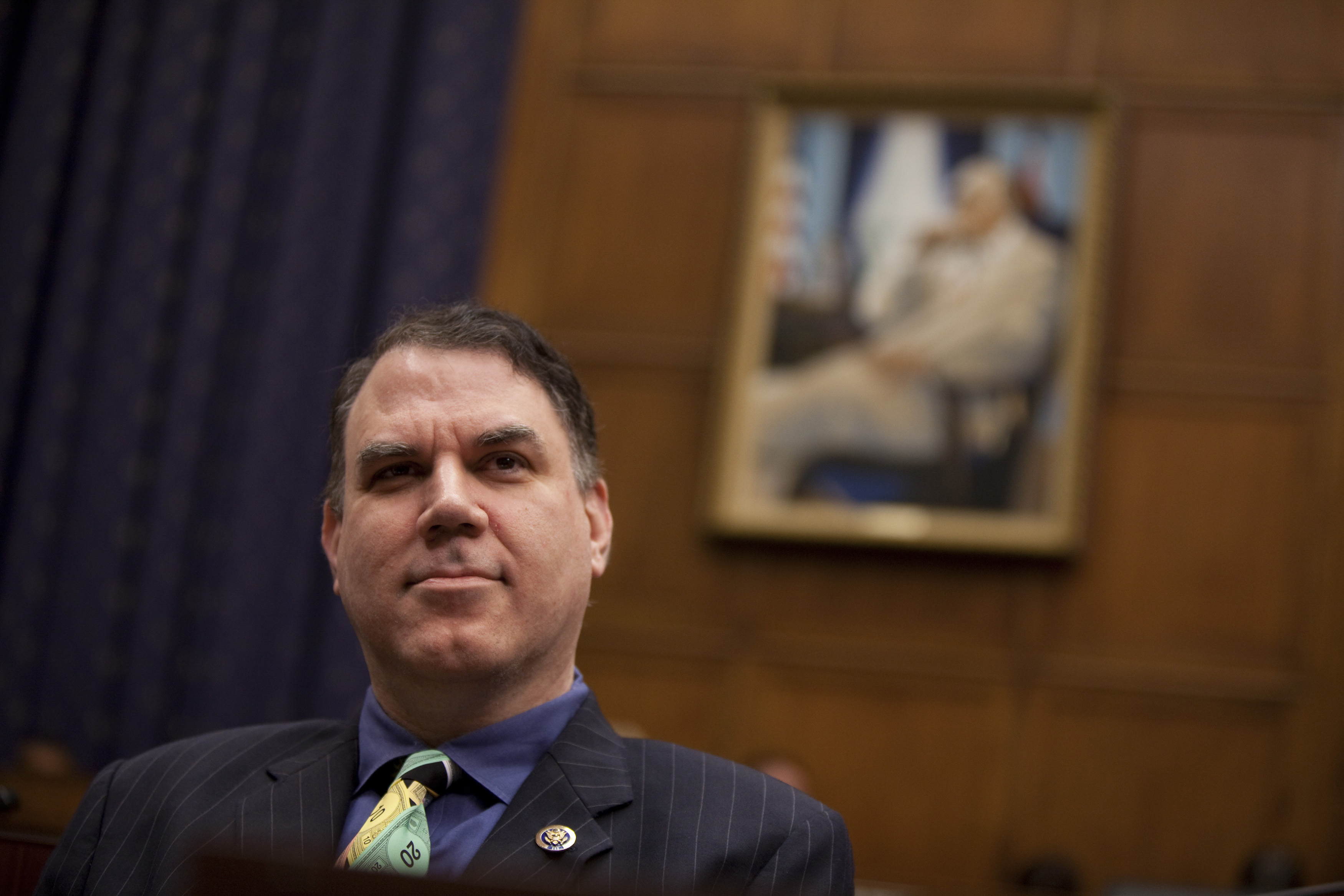 As a result, Democrats acknowledge privately that perhaps their best chance of knocking off Rubio is if a Trump family member runs against him, specifically Ivanka Trump, a recent Florida transplant whom some want to run for Senate.

“The X-factor is Ivanka. If it’s her, he’s dead. It’s over,” said Rick Wilson, a former Republican strategist from Florida who heads up the anti-Trump Lincoln Project. “Ivanka has the Trump brand and it’s Trump’s party still. Marco Rubio, the fair-weather Trump ally, will become defined as history’s biggest nightmare in a Republican primary.”

Absent that scenario, Rubio remains the favorite to win — and his group is unlikely to spend money targeting him in Florida, Wilson said: “We’re not going to chase rabbits we can’t catch.”

Roger Stone, a longtime Trump advisor who lives in Florida, once mused about running against Rubio but subsequently downplayed the talk. Still, he predicted, “Rubio will end up with a serious primary challenge,” which in turn could inspire Democrats to enter the race with the hope of facing a bloodied GOP nominee.

Advisers to Congresswomen Demings and Murphy say they haven’t ruled out challenging Rubio and that the two have ample time to make their plans. Demings has “multiple options” that include running for a House leadership post and hanging on to her safe House seat. Murphy’s district isn’t as solid for Democrats. She would be more likely to challenge Rubio if Republican legislators make her seat more GOP-leaning during redistricting in January 2022, when the state is expected to add two new House seats.


Three little-known Democratic candidates have already filed to run against Rubio and former Rep. Alan Grayson has begun making calls to gauge interest. A progressive firebrand who lost the 2016 Democratic Senate primary by 41 percentage points, Grayson would only say “repeal Rubio” when asked about his plans to challenge the senator.

Morgan said he spoke to Joe Scarborough, the former Republican congressman from the Florida Panhandle and host of the eponymous “Morning Joe” show on MSNBC, and urged him to run because he has the name ID and profile to cause trouble for Rubio.

But Scarborough laughed it off, pointing out that Floridians of both parties have tried to recruit him to run for more than a decade.

While he’s no fan of Rubio and predicted the senator would face serious trouble from a credible primary challenger, Scarborough credited him for being tough to defeat in a general election.

“You have a guy that locks down Miami-Dade and does well in the Panhandle,” Scarborough said. “What Democrat beats that guy statewide?”