Progressives are channeling their grief, volunteer muscle and small-dollar donations into the effort to oust the longtime Democratic incumbent. 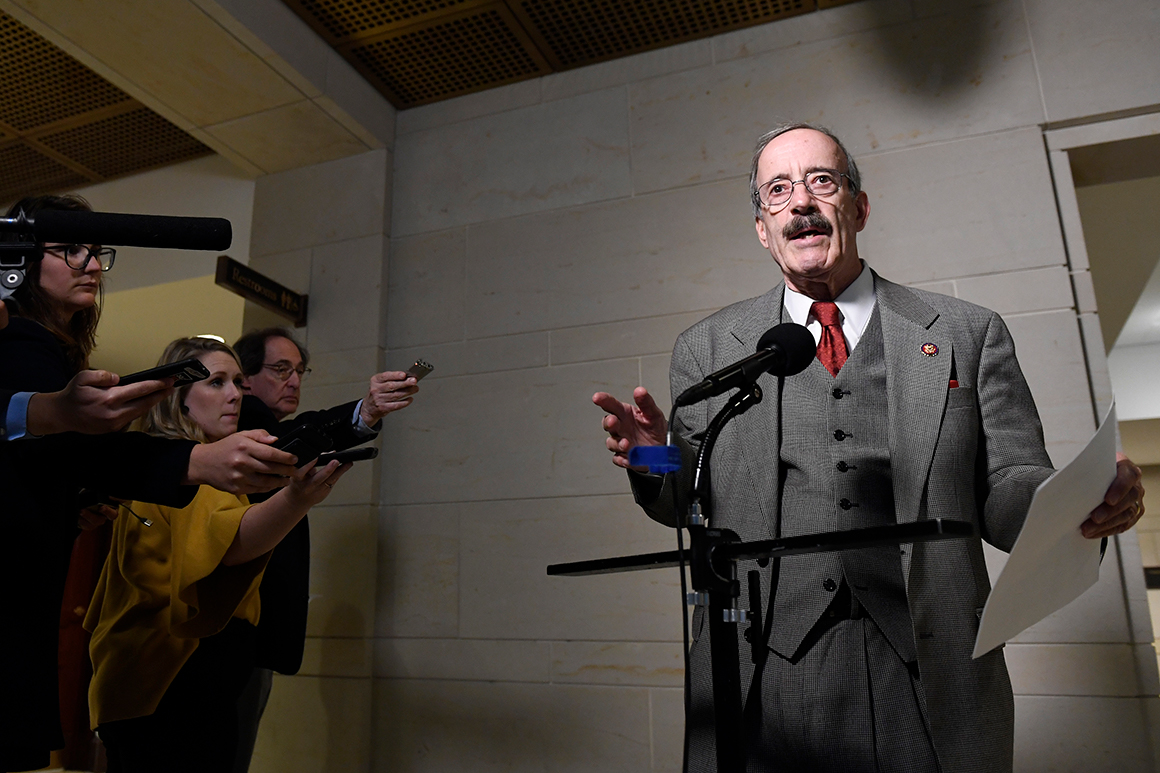 Desperate for victory after watching the presidential nomination slip through their fingers, progressives have found a new cause to rally around.

Bernie Sanders, Elizabeth Warren and Alexandria Ocasio-Cortez, all of whom have shown caution in the past about backing primary challengers to incumbent Democrats, have endorsed Bowman. Justice Democrats and the Working Families Party, two left-wing groups that took different paths during the presidential race, announced they are coming together to spend more than a half-million dollars to elect Bowman. Former aides to Sanders and Warren have also publicly lined up behind Bowman.

The all-hands-on-deck strategy is a striking show of unity after the presidential campaign ended with deep rifts on the left — and it’s had a catalytic effect on Bowman’s bid in the run-up to the June 23 primary. But their efforts have also exposed party fissures, spurring Democratic establishment powerhouses such as Hillary Clinton, Nancy Pelosi and Jim Clyburn to throw their support behind Engel.

“What is that left phrase? We just need a win,” said Andom Ghebreghiorgis, another progressive candidate who challenged Engel this year but recently dropped out and endorsed Bowman. “People are investing a lot emotionally in this race because they see it as a down-ballot race where the policies of a Bernie, for example, which weren’t able to achieve victory on a national level, can at least be achieved on a congressional level.” 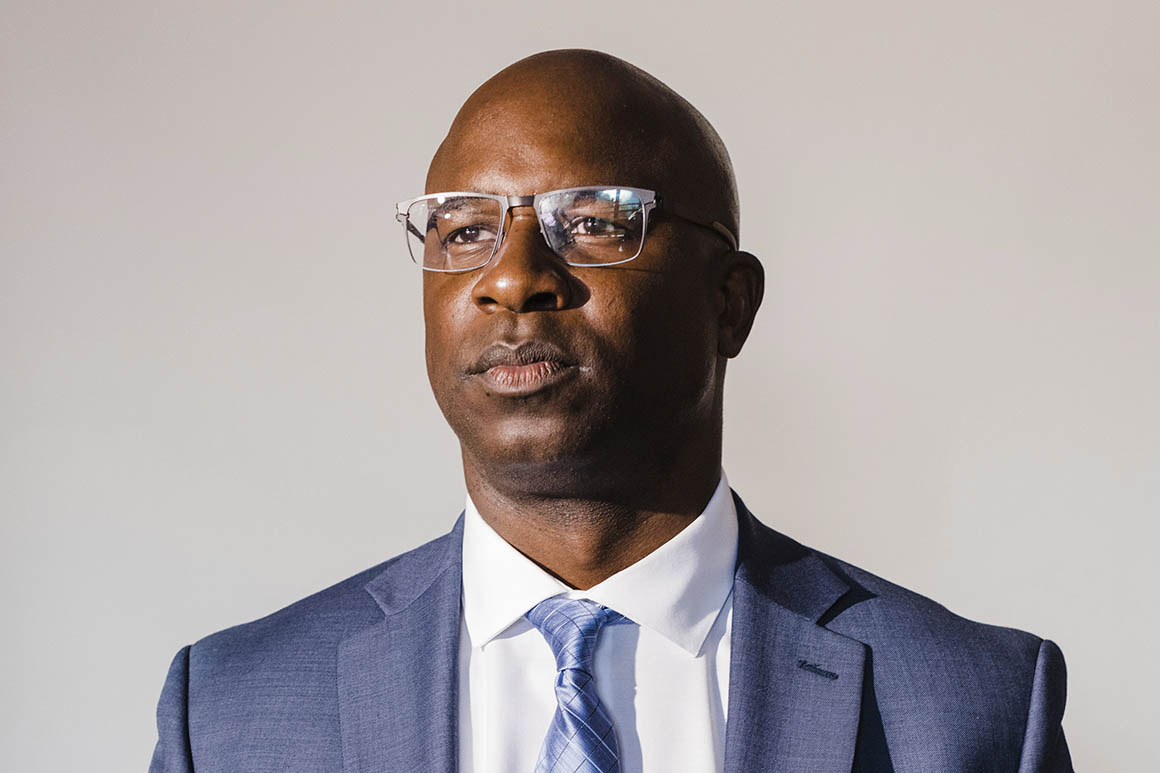 The clash between heavyweights like Clinton and Sanders has made New York’s 16th District race one of the most-watched primaries of the cycle — and one of the most telling.

If Bowman, a 44-year-old middle-school principal, beats Engel, the 73-year-old chairman of the House Foreign Affairs Committee, it will mark the second time in two years that a senior House Democrat from New York was taken down in a primary. In 2018, Ocasio-Cortez knocked out Rep. Joe Crowley in a massive upset. Should Engel hold onto his seat, it will mark yet another bitter intra-party defeat for progressives.

READ:  Opinion | How Much Are We Paying to Treat Covid?

“If all of this super lefty firepower turns out not to be enough and Bowman comes up short, that’s going to be added to the list,” said Jon Reinish, a Democratic strategist based in New York. “There’s a lot of examples over the last two years since Ocasio-Cortez, like Our Revolution’s slate of endorsed candidates in 2018 or most recently the Henry Cuellar challenge down in Texas, where time and again these challengers, no matter the energy of these groups, have come up short.”

The protests in the wake of George Floyd’s death, as well as the coronavirus — which has disproportionately impacted black and Latino Americans — have increased the urgency among progressives to oust Engel. Bowman has criticized Engel for voting for the 1994 crime bill, which contributed to a rise in incarceration. Bowman champions the idea of defunding the police, whereas Engel said he opposes fully cutting their budgets, though he supports reallocating some resources.

“If you’re someone who wants to translate the energy in the street into elected office, Jamaal is one candidate among many that you can be supporting,” said Waleed Shahid, the communications director for Justice Democrats. “Jamaal might be the first candidate elected to Congress from this movement.”

Bowman has also talked about his first experience with police brutality at age 11 on the campaign trail and been a regular presence at Black Lives Matter protests.

“That was murder by law enforcement that is supposed to serve and protect us. It robs you to your core and shakes your soul to see something like that happen,” Bowman told POLITICO of watching the video of Floyd’s death. “I couldn’t contain myself and I did a direct-to-camera video about my reaction and I was sobbing. I was crying.”


Bowman’s campaign got a boost when Engel was caught on a hot mic at an event amid the civil unrest saying, “If I didn’t have a primary, I wouldn’t care.” At the time, Engel said that “in the context of running for reelection, I thought it was important for people to know where I stand, that's why I asked to speak."

Engel has touted his support of the Justice in Policing Act and endorsements from black lawmakers such as civil rights icon John Lewis, New York Rep. Hakeem Jeffries, and the Congressional Black Caucus’ political arm. He has also said that his incumbency has allowed him to “bring home the bacon” to the district, which has been hit hard by the coronavirus.

“Unlike our opponent, the congressman’s response to the pandemic was going out and fighting for $6 [billion] in additional aid for New York hospitals, including many in the district,” said Tom Watson, Engel’s communications director. “It was getting funding for community health centers, and fighting to keep Mount Vernon Hospital open.”

Foreign policy has also roiled the primary, with Bowman bashing Engel for voting for the Iraq War and being “completely funded by corporate PACs and large donors, and many of those are weapons manufacturers." The Democratic Majority for Israel, a super PAC, has aired ads supporting Engel, a top pro-Israel voice in the House, and knocking Bowman, who has criticized the Israeli government’s treatment of Palestinians. The group reserved an additional $250,000 in spots Tuesday, according to Advertising Analytics.

A Bowman victory would make him the fourth candidate supported by the anti-establishment Justice Democrats to unseat an incumbent Democrat since 2018. The organization, which developed a strategy after 2018 of going all in on one candidate at a time instead of endorsing dozens like many groups, backed Bowman after a public education activist nominated him for its recruitment program.


Shahid said the organization honed in on Bowman because of “his record of leadership in the district, his commitment to racial and economic justice throughout his career, and the fact that his opponent is particularly vulnerable.” Engel’s role in Democratic House leadership was also a factor. “Someone with that much power should be someone who is paying attention to the needs of their district,” said Shahid.

READ:  Temple of gloom: Restoration at the Acropolis causes uproar

Two weeks after Sanders dropped out of the presidential race, Justice Democrats held an event featuring former Sanders and Warren aides who supported Bowman. The group has seen an influx of interest in the New York primary since Super Tuesday, when Joe Biden built a delegate lead that proved impossible for Sanders to surmount and which prompted Warren to drop out.

There have been other attempts at fostering progressive unity in the Bronx and Westchester County-based 16th District. The Working Families Party helped broker the departure of Ghebreghiorgis from the race and his endorsement of Bowman, with New York director Sochie Nnaemeka playing a key role, according to multiple people familiar with the moves. That helped prevent the progressive vote from splitting. Engel, on the other hand, has two additional moderate challengers, Sammy Ravelo and Chris Fink.

The consolidation is such an achievement for the left, which is known for splintering, that Ghebreghiorgis said the Democratic Socialists of America and other progressive activists asked him, in reference to him dropping out and creating a united progressive front behind Bowman, “How can we make this scalable ... in any race where we see any issue like this?”

Leftists across the country recognize the Bowman candidacy is likely to be one of their last, best opportunities to take out an entrenched Democratic incumbent because of the realities of the primary election calendar.

“If you’re a progressive who supported Bernie or Warren, Jamaal is really one of the last shots we have at any victory this year,” said Shahid. “He’s the main one who can pull off an AOC-style victory.”