The White House says the government shouldn’t issue the credentials or store the data. 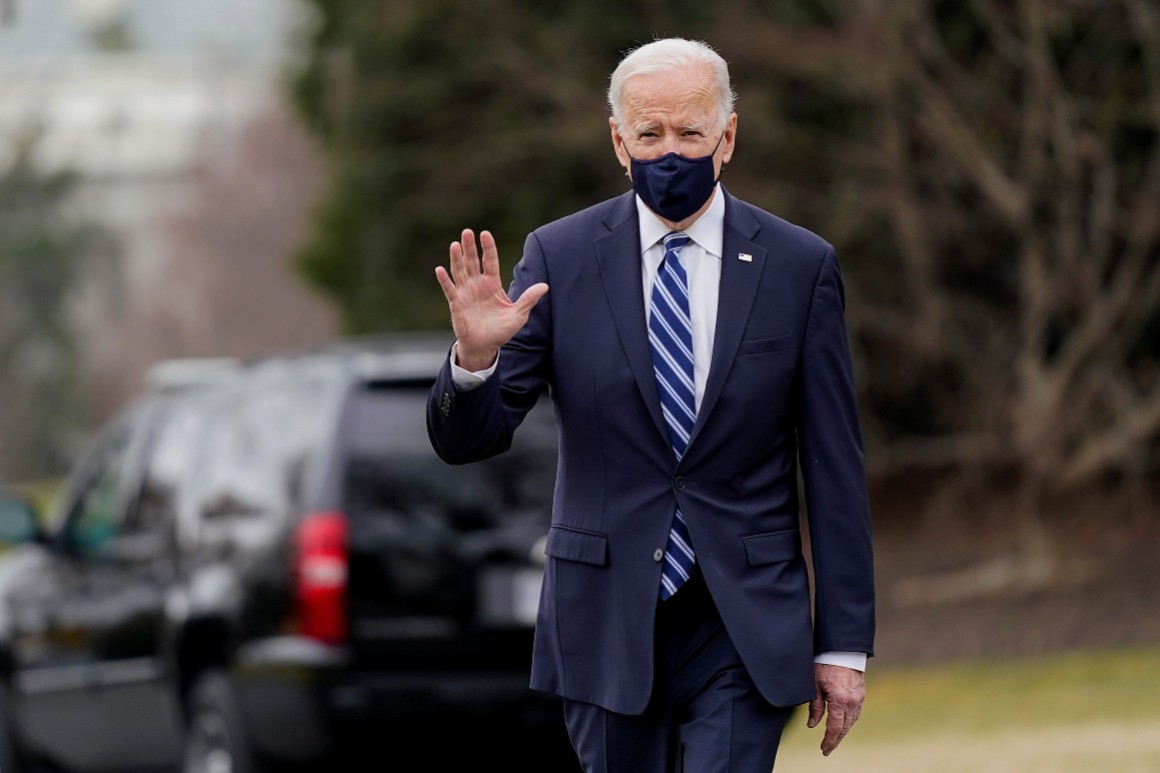 States, airlines and tech companies are pressuring the Biden administration to develop a federal standard for vaccine passports — a policy that could speed the economic recovery but might also discriminate against disadvantaged groups and jeopardize privacy.

Digital credentials showing proof of a person's Covid-19 test results and vaccination status are rapidly being embraced as a tool to redesign workplaces and jump start travel and tourism. New York State is trying out an “Excelsior Pass” to fast track reopening theaters and venues like Madison Square Garden. Hawai'i is developing a version that would let visitors skip the state's mandatory 10-day quarantine.

But without White House involvement, industry leaders say they'll be left with a confusing patchwork of unregulated and unreliable tracking tools that could invite fraud and raise troubling questions about risk and fairness.

“We need some leadership from the federal government,” said Marcus Plescia, the chief medical officer of Association of State and Territorial Health Officials, noting unchecked, rapid deployment could result in a passel of systems don’t talk to one another.

The White House says the government shouldn't issue the credentials or store the data. But it's held discussions with tech firms on how a passport system might work, asking for details about whether pharmacies and other establishments might provide the necessary data. The Department of Health and Human Services has also sought input from 25 federal agencies on the passports, including if they'd encourage their own employees to use them, sources familiar with the conversations say. HHS' national health technology office declined comment.

“The right way is that it should be private, the data should be secure, the access to it should be free, it should be available digitally and in paper, and in multiple languages, and it should be open source,” White House Covid-19 adviser Andy Slavitt said on Monday.

The passports have been discussed since early in the pandemic, when antibody tests and accompanying apps to were being touted as a tool for reopening the economy. But businesses are reviving the pitch with vaccinations on the rise and travel picking up: A coalition of aviation and travel groups this month called for a federal standard, saying passports would not only accelerate a recovery but expand testing and vaccinations while limiting disease spread.

“There’s a role for the U.S. government to set standards,” particularly to ensure the credentials are “interoperable,” or talk with other systems efficiently across borders, said Tori Barnes, executive vice president of public affairs and policy at the U.S. Travel Association.

However, there are legal and ethical questions about whether the passports could widen inequities that have already become a troubling hallmark of the pandemic.


Public health experts and bioethicists say digital credentialing could discriminate against disadvantaged populations. The Electronic Frontier Foundation, a digital rights group, argues that using smartphone-based verification to access public places would create a two-tiered system that bars people who can’t work, shop or attend school because they don’t have a cell phone or access to testing.

Beyond the ethical considerations is the separate question of whether the fragile U.S. health tech infrastructure can withstand a barrage of new apps tapping vaccine data.

Data troves containing immunization records vary in quality from state to state and may not be able to handle a surge of real-time queries about vaccination status, said Deanne Kasim, executive director at Change Healthcare, which is part of a consortium including Microsoft and Salesforce working on standards and technology for passports. Her company argues for a "lighter lift" and teaming up with pharmacies, which have more robust record-keeping systems.

There also are privacy considerations. Requiring people to store test and vaccination results in digital format could expose them to the kind of data breaches that have proliferated during the pandemic. “We wanted data to reside on patients’ phone” as opposed to a database, where individuals can control the data, Kasim said.

Some states are looking at getting ahead of the feds and regulating the still-nascent field, Kasim said. Several legislatures, for example, have introduced bills to prevent discrimination for people with religious objections or health conditions that might prevent them from getting immunized.

The passport debate is also engulfing Europe, where governments are trying to reconcile the promise of free movement with privacy concerns. The European Union is studying a "digital green certificate" that could allow the 27 member states to reopen their to travel and slow the spread of the virus.

A World Health Organization group is warning that tight privacy and anti-discrimination protections are a necessity. “Immunity certification, even where available and reliable, should never be used as the main strategy for reducing the effects of the Covid-19 pandemic,” it concluded.