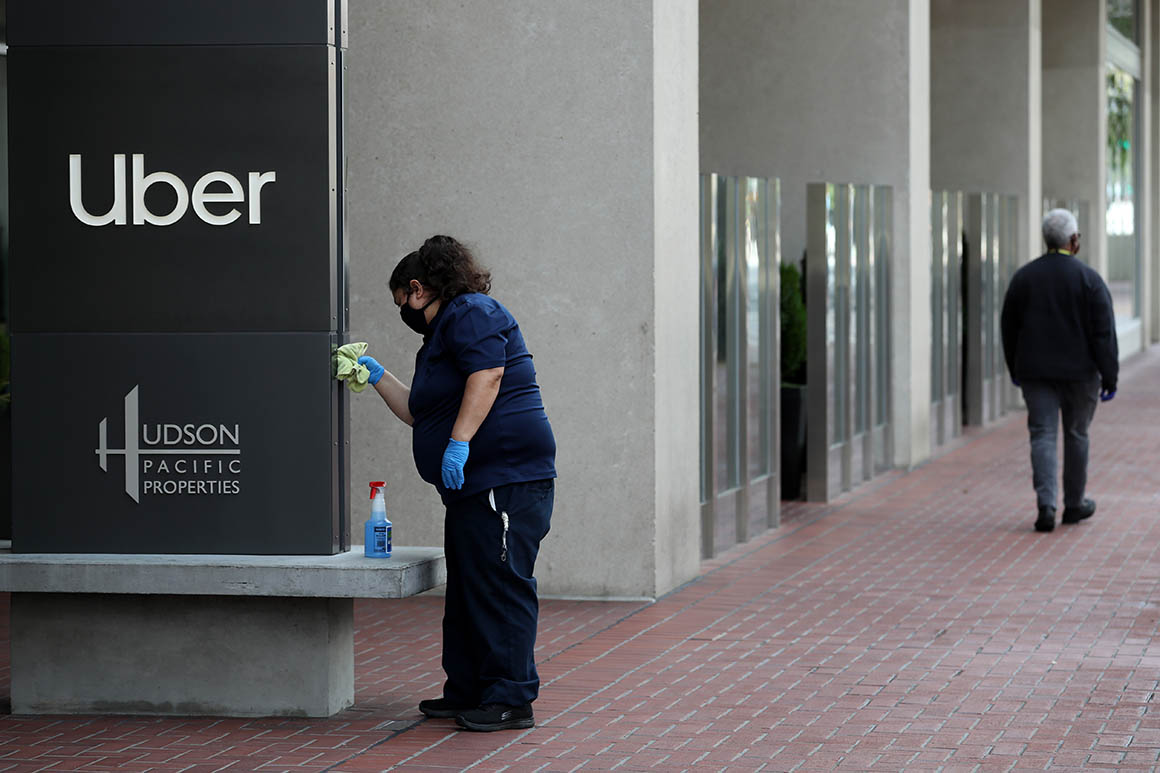 OAKLAND — Uber’s CEO threatened Wednesday to shut down the ride-hailing service in California until the November election in response to a judge ordering the company to reclassify its drivers.

A San Francisco Superior Court judge ordered Uber and Lyft on Monday to stop treating their drivers as independent contractors, granting a request from California Attorney General Xavier Becerra that the companies comply with a new statewide classification standard. The order came with a 10-day stay, and the companies said they would appeal.

But if that effort for a legal reprieve fails, Uber CEO Dara Khosrowshahi said in an MSNBC interview, the company could halt its service until the November election, when California voters will weigh in on an Uber-funded ballot initiative that would allow the company to continue treating its drivers as independent contractors.

“We think we comply by the laws, but if the judge and the court finds that we’re not and they don’t give us a stay to get to November then we’ll have to essentially shut down Uber until November when the voters decide,” Khosrowshahi said.

Impact: In battling the classification law, Assembly Bill 5, Uber and other gig companies have long warned that an employee classification mandate would upend their businesses and result in fewer opportunities for gig workers and less or pricier service for customers. Khosrowshahi’s comments make those stakes more concrete, saying a halt would “put vast swathes of our drivers out of work without the opportunity to earn.”

Context: Uber has battled the AB 5 mandate on multiple fronts. That includes qualifying and funding Proposition 22 to maintain the independent contractor status of its California drivers while offering them a wage floor and some benefits. Khosrowshahi made clear that’s a fallback if the company’s legal efforts fail, although he said Uber could eventually switch to an employment-based model over time: “We can’t go out and hire tens of thousands of people directly overnight,” he told MSNBC.

Judge Ethan Schulman, who granted Becerra’s request for a preliminary injunction, was not moved by that argument. He wrote in his ruling that Uber and Lyft have had ample time to prepare for the costs of switching to an employee-based model: “These are costs that Defendants should have begun incurring more than two years ago,” he wrote, when the California Supreme Court created the prevailing classification standard in its Dynamex ruling.

Schulman also rejected the companies’ pleas to hold off until the voters decide, writing that if the companies are indeed violating the law, “it is no answer to say that they should be given a pass to continue doing so to see if they can muster their considerable financial resources to persuade voters to change the law in their favor.”

What’s next: That 10-day stay will expire by the middle of next week. If Uber’s appeal does not succeed in forestalling the order, then we’ll see if the company follows through on Khosrowshahi’s prediction.