Both countries announced the decision on Tuesday ahead of a Monday deadline to extend, end or modify the border restrictions. 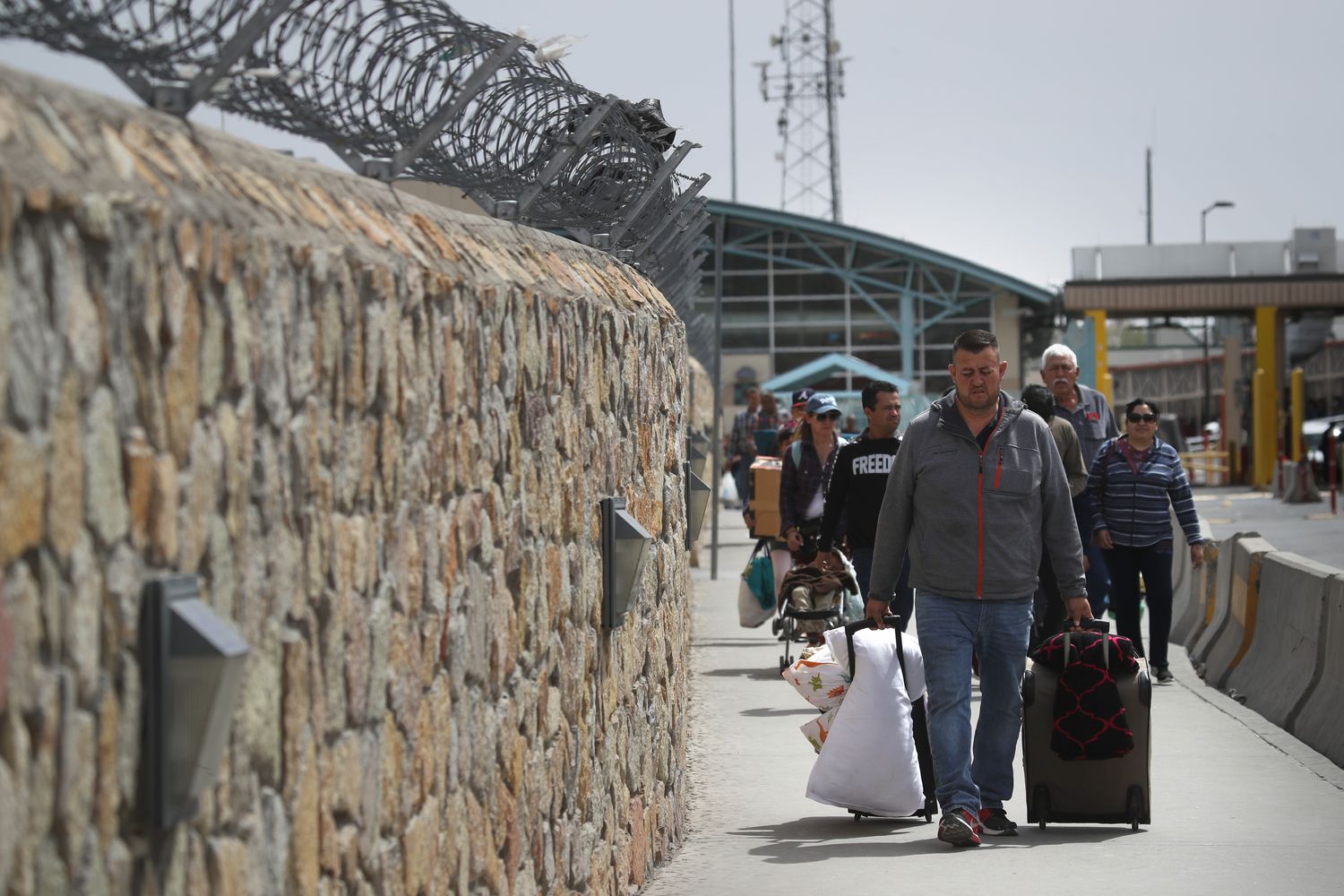 The U.S. and Mexico have extended travel restrictions on their shared border until late July, as both countries continue to grapple with a high number of coronavirus cases.

Both countries announced the decision on Tuesday ahead of a Monday deadline to extend, end or modify the border restrictions. Canadian Prime Minister Justin Trudeau confirmed Tuesday that restrictions at the U.S.-Canada border will be extended until July 21.

"This extension protects Americans while keeping essential trade and travel flowing as we reopen the American economy," DHS Acting Secretary Chad Wolf said in a statement.

But Mexican officials and lawmakers along the U.S.-Mexico border are more broadly concerned that Trump will drag the restrictions into later this fall and use Mexico in the coming months to justify spikes in cases, especially with the November election just five months away. It comes as U.S. officials begin to consider if legal travel between the U.S. and Mexico could be partly responsible for the latest spike in coronavirus cases.

“We’re getting that impression that he might keep it on longer,” said Rep. Henry Cuellar, a Texas Democrat that has worked closely with the Trump administration on certain border issues. “It’s a concern that people are showing that the president might keep the borders closed and stretch it out.”

The restrictions to non-essential travel have been in place since March and extended each month. They have effectively cut off border towns from the vital economic lifeline of Mexicans spending money at U.S. restaurants, hotels and retail stores.

The three countries are “all working to protect our citizens’ health, while simultaneously trying to protect their economic welfare and livelihoods by ensuring the economy continues to function,” said a spokesperson for the State Department, which works closely with Mexico's Foreign Ministry.

READ:  What Politicos Are Reading This Summer

So far, Mexican officials have not actively pushed to fully reopen the border, multiple sources familiar with the discussions say. The perception in Mexico has been that it’s the U.S. that could send more cases to Mexico given the millions of confirmed cases in the United States.

“What we are seeing is a spike in contagions in some southern states of the U.S., including Texas and Arizona, that are linked to Memorial Day, so we are following very closely,” Mexican Ambassador to the U.S. Martha Bárcena told POLITICO.

Some Mexican senators representing areas along the border as recently as last week were pushing to put in place sanitary controls for people traveling into Mexico from the United States, Bárcena said.

The U.S.’ southern neighbor is facing its peak transmission period and faces the pandemic with a crippled health care system. The country has been widely criticized for its handling of the crisis and concerns that it is hiding the actual number of cases and deaths related to the coronavirus. Still, there’s a dramatic difference in U.S. and Mexico’s reported numbers.

Border states, like Texas, have reopened their economies despite recent spikes in the number of coronavirus hospitalizations. Texas’ Department of State Health Services on Tuesday reported there were a record 2,518 coronavirus-related hospitalizations, as numbers have been increasing since Memorial Day weekend. Meanwhile, some restaurants in Arizona have been forced to shut down again as the state faces record-high numbers of new cases.

The Trump administration has been exploring whether the recent outbreaks stem from legal travel between the U.S. and Mexico, the Associated Press reported. Bárcena said the U.S. numbers “speak for themselves,” but added that she hopes to see the two countries continue cooperating closely to fight the pandemic.

“We are not two different boats. We are in the same boat, so we better keep the communication fluid as we have had,” Bárcena said.

On the U.S. side of the border, lawmakers and local communities are hoping to safely reopen the border to to allow Mexican customers to return.

“We’re getting to the point where businesses that rely on non-essential travel are saying: ‘Enough is enough.' We’ve got to see if we can open this up somehow,” Cuellar said.

Cuellar and his border colleagues argue that it is possible to gradually and safely reopen the border.

“We can protect public health and resume economic activity at the same time,” said Rep. Will Hurd, a Texas Republican that is not running for re-election. “When we can increase [cross-border travel and commerce] in a safe way, we should because that’s going to mean less federal dollars that has to go to these communities in order to support essential services.”

Hurd didn’t specify if the Trump administration should lift all the restrictions by June 22, but he said he felt individual cities — whether it’s Eagle Pass or San Antonio in Texas — will have to handle reopening differently depending on how the pandemic is being felt there.

Cuellar, Hurd and other U.S-Mexico observers expressed hope that the imminent entry into force of Trump’s signature trade deal with Mexico and Canada would also remind the Trump administration of the importance of sticking close with the U.S.’ neighbors.

But there’s also concern among some U.S.-Mexico observers that Trump will look to keep the border partially closed through the November elections as he looks to project a "tough on Mexico" attitude, which has been a staple of his presidency.

“Do you expect Trump to reopen borders before an election? My guess is no. He ran on closing borders, on a wall and keeping Mexicans out,” said Jorge Guajardo, former Mexican ambassador to China and senior director at McLarty Associates. “I find it hard to believe five months or less before the election he’s going to say: ‘OK, and now I’m opening the border with Mexico.'”

Anita Kumar contributed to this report.