Thursday’s report from the Labor Department showed that jobless claims fell from 781,000 the week before. 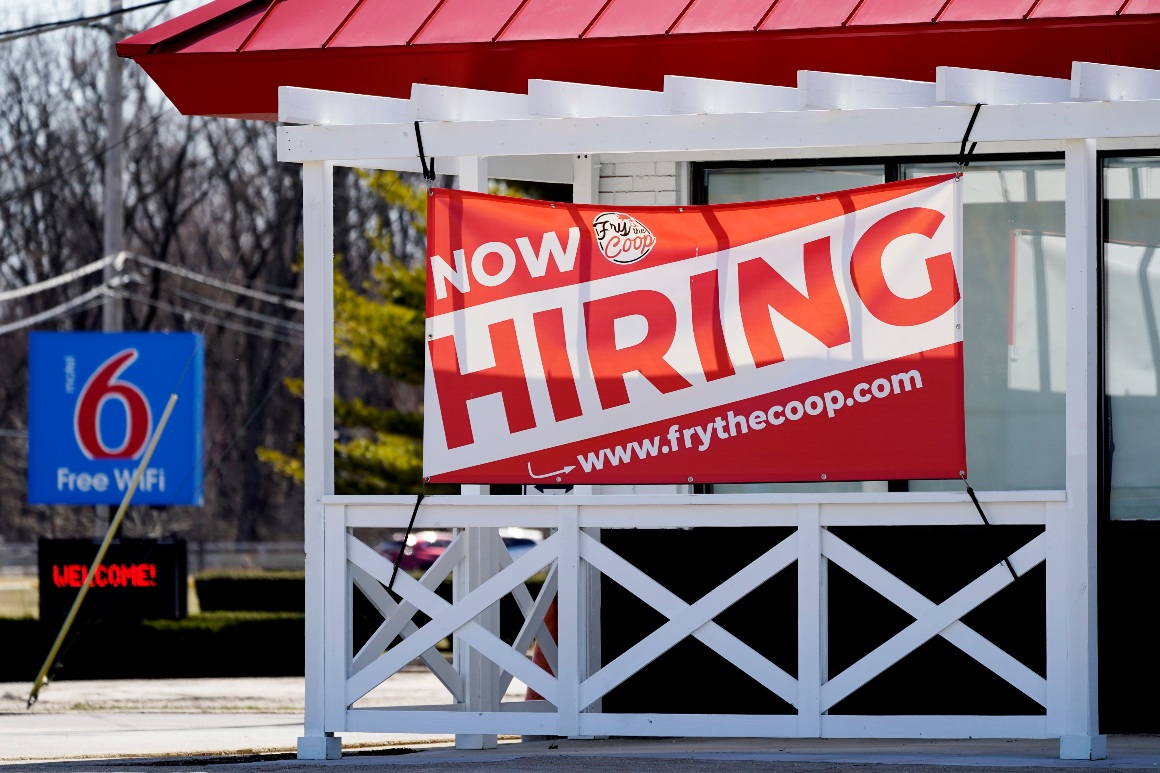 The number of people seeking unemployment benefits fell sharply last week to 684,000, the fewest since the pandemic erupted a year ago and a sign that the economy is improving.

Thursday’s report from the Labor Department showed that jobless claims fell from 781,000 the week before. It is the first time that weekly applications for jobless aid have fallen below 700,000 since mid-March of last year. Before the pandemic tore through the economy, applications had never topped that level.

Still, a total of 18.9 million people are continuing to collect jobless benefits, up from 18.2 million in the previous week. Roughly one-third of those recipients are in extended federal aid programs, which means they've been unemployed for at least six months.

Their prolonged joblessness could prove to be a long-term hindrance: Typically, many people who have been unemployed for extended periods struggle to find work even as the economy regains its health.

The economy has been showing signs of emerging from the pandemic crisis with renewed vigor, with spending picking up, manufacturing strengthening and employers adding workers. Hiring increased in February, with 379,000 added jobs — more than double January's total.

Credit card data from JPMorgan Chase showed that consumer spending jumped last week as the $1,400 checks that are going to most adults under President Joe Biden's $1.9 trillion emergency aid package began to be paid out. The Treasury says it has so far distributed 127 million payments worth $325 billion.

Last week, Federal Reserve policymakers substantially boosted their forecast for the economy this year, anticipating growth of 6.5% for 2021, up from an estimate of just 4.2% three months ago. That would be the fastest pace of expansion in any year since 1984. The Fed also projects that the unemployment rate will reach 4.5% by the end of this year, down from the current 6.2%.

Historically, the weekly unemployment claims figure has been considered an accurate reflection of the pace of layoffs. But that connection has weakened during the pandemic. Suspicions of widespread fraud and the processing of backlogged claims have distorted many states’ jobless aid data. That has been particularly true for the federal program that covers self-employed and gig workers; this data has fluctuated wildly in many states.

And a report from the California Policy Lab last week illustrated another complicating factor: Many people have applied multiple times during the pandemic, having been initially laid off or furloughed, then been called back to work, then been laid off again. Each layoff has triggered a new application for unemployment benefits.

The Policy Lab’s report found that 75% of jobless claims in California in the final week of February were from people who had previously been laid off and applied for benefits.

Across the country, economic activity slowed in February as severe winter weather caused sharp drops in home sales, retail spending and orders for heavy factory goods. Most economists, though, say they think the economy is now rebounding as the weather improves and additional support from the new $1.9 trillion federal rescue package kicks in.

Some analysts are increasingly optimistic that hiring will accelerate quickly this year. Two senior fellows at the Brookings Institution have forecast that employers will add a substantial 700,000 to 1 million jobs per month, on average, over the next 10 months. At the higher end of that estimate, the economy by year’s end would have regained all the 9.5 million jobs that remain lost to the pandemic.

There are still risks that could frustrate such hopes. The number of new daily coronavirus infections has leveled off, though hospitalizations and deaths continue to fall. And as many states have dropped or relaxed pandemic-related restrictions on gatherings and business activity, another wave of infections could weigh on the economy.

Though growth may accelerate this year, hiring often lags behind economic growth as businesses wait to see if rising demand is sustainable. What’s more, roughly 4 million Americans stopped looking for work during the pandemic and aren’t counted in the unemployment rate. Most of them will need to be re-hired for the economic recovery to be fully complete.