Exasperation among diplomats reflects global pressure on the U.S. to begin sharing some of its Covid-19 vaccines. 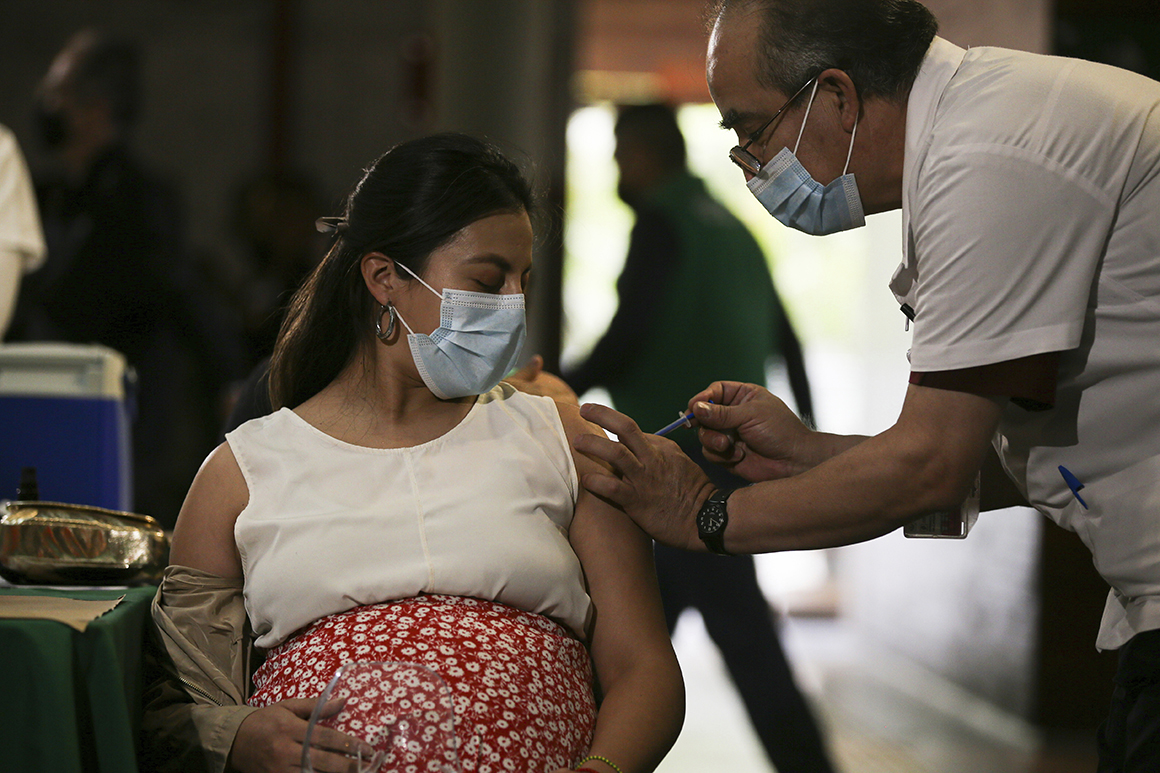 Frustrated U.S. diplomats are pressing State Department leaders back in Washington to move faster on donating Covid-19 vaccines abroad, arguing that the Biden administration’s indecision is ceding ground to China and Russia.

While the White House has spent weeks debating how best to respond to pleas for Covid-19 vaccines and other pandemic assistance from more than four dozen countries, China and Russia have used donations of their homegrown vaccines to extract political concessions from nations seeking aid, four senior officials with knowledge of the situation said.

Two of those officials said China, in particular, is pressuring officials in the roughly 50 countries receiving its vaccine donations to recognize Chinese sovereignty over Taiwan. Meanwhile, Russia has used its Sputnik V vaccine to strengthen its relationships with countries in South America.

American diplomats’ exasperation reflects global pressure on the United States to begin sharing some of the more than 1 billion doses of Covid-19 vaccines it has ordered — and the stakes for President Joe Biden. The president came into office pledging to make the country a global leader in the pandemic response, but his White House has stressed that the U.S. needs to safeguard Americans before aiding the rest of the world. Whatever framework the U.S. decides on will help determine whether the country fulfills Biden’s promises to restore American leadership globally.

“We don’t need these [AstraZeneca] doses,” one senior administration official said. “That’s why we’ve already said we will send some of them overseas. But we need to be moving much more quickly to get doses and other kinds of medical supplies overseas to countries struggling to contain cases.”

U.S. diplomats in South Asia, the Middle East and Africa have received desperate requests from officials in their host countries for Covid-19 assistance, including vaccines, drugs and personal protective equipment, those same four officials said. Foreign Service staff abroad have lobbied the State Department to send vaccines now at a time when highly transmissible variants continue to spread, infecting people across the globe.

Some of the countries requesting doses, particularly those in South Asia such as the Philippines, have received shipments of Covid-19 shots made in China.

Meanwhile, Biden officials at the State Department, National Security Council, White House and USAID have for weeks debated whether the infection rate in the U.S. was low enough that the administration could afford to send vaccines to other countries.

Some countries have begun to receive shipments of U.S. Covid-19 vaccines through COVAX, a global effort to expand vaccine access, but senior administration officials in the region say the U.S. could be doing more to distribute AstraZeneca doses the country does not need.

Biden and top administration officials said in late April that the U.S. would share 60 million doses of AstraZeneca’s vaccine by July 4. The administration is preparing in the coming days to announce where the U.S. will send those doses, along with its plans to increase shipments of drugs and other critical medical supplies to treat Covid-19.

The administration has sent millions of the AstraZeneca doses to Canada and Mexico, framing those shipments as loans. But several senior administration officials said the U.S. cannot send more abroad until the Food and Drug Administration allows the export of AstraZeneca vaccine made at a plant in Baltimore operated by contract manufacturer Emergent BioSolutions.

The facility has been under scrutiny since March, when it accidentally contaminated a batch of 15 million doses of Johnson & Johnson's vaccine, which it was also producing. FDA is now testing AstraZeneca doses made at the site to ensure they are safe to use. The U.S. will ship those doses out once they are cleared, officials said.

Another stumbling block for the Biden team has been how to allocate doses based on clear criteria, to avoid even the appearance of doling out Covid-19 assistance with politics in mind.

Gayle Smith, coordinator for Global Covid-19 response and health security at the State Department, said in a hearing with the Senate Foreign Relations Committee Wednesday that the U.S. would not allocate Covid-19 resources “as a tool for trying to gain influence.”


“As does the broader administration, the State Department recognizes that, first and foremost, we need to be confident in our own vaccine efforts at home — at which point we’d be able to do even more beyond our borders,” a senior State Department official said. “The administration has now determined that we’re in a position to do more beyond our borders, and that’s precisely what we’re doing, building on what we’ve already done to lead the world in responding to COVID-19.”

While COVAX has signed recent deals with Moderna and Novavax to increase supply through its channel, U.S. officials have calculated that there are other ways for the U.S. to help quickly get doses overseas. But the administration is still discussing whether it should send doses from its stockpile or whether to find other avenues, two senior health officials told POLITICO.

One idea is to ask a pharmaceutical company to produce doses for countries in need and subsidize the cost of each vial. That process could take several months to complete, those officials said. Another option is to earmark future doses of the AstraZeneca vaccine made in the U.S. and send them to countries across the globe as soon as they clear quality control. But AstraZeneca is still in negotiations with a potential new U.S. manufacturing partner to replace Emergent, a person familiar with the matter said.

“There is huge demand for vaccine all over the world. To be honest, we have not made a decision yet as to the criteria for allocating those vaccines,” Smith said Wednesday. “I think the thing we want to be very squarely focused on is how we can get additional vaccines in some markets so there can be coverage of more people in more countries more quickly.”

The State Department, along with the National Security Council and USAID, is reviewing dozens of requests from countries across the globe — all of them consolidated on an internal tracker. The tracker lists what countries have asked for, what the U.S. has pledged, and what the administration is in the process of allocating.

Still, deciding who should stand at the front of the line is a messy process. Officials must consider a host of factors, including Covid-19 positivity rates, death rates, how many doses a country has received, what it is expected to receive and what kind of capacity the country has to handle an outbreak.

That calculation doesn’t just include foreign needs, either. It also includes domestic politics, namely whether the Biden administration feels it can publicly say that it wants to give away American Covid-19 vaccines and other resources at a time when vaccination rates are falling and large swaths of the country have yet to receive the jab.

“So much of what we do internationally depends on how well we’re doing domestically,” Smith said.

Biden has said he intends to send at least some of the initial 60 million doses to India, but senior administration officials are pushing back that any final decision has been made — even for India — which is still seeing thousands of people die of the virus each day. Two senior administration officials working on how to get countries Covid-19 supplies said the U.S. is increasingly concerned about countries in south Asia, particularly Nepal.

In the Senate Foreign Relations hearing Wednesday, Jeremy Konyndyk, executive director of the USAID Covid-19 task force, said his team has calculated that Nepal is the highest priority next to India. He said that the U.S. would be sending another $10 million to help Nepal combat the virus, including in the form of testing resources.

“As we look at surges in other areas — the Indian variant is in multiple countries already — we’ve got to be focused on how do we lead the global effort? How can we increase supply as we are considering the allocation of the [AstraZeneca] doses?” Smith said, adding that the State Department is focused on helping countries bordering the U.S. and in the northern hemisphere.

“We will deliver on what we promise,” Konyndyk said. The administration "has the ambition of ending the global pandemic," he added. "That is the legacy that we want.”