As rockets fly in Israel, Biden officials and former Trump staffers are lobbing blame at one another. 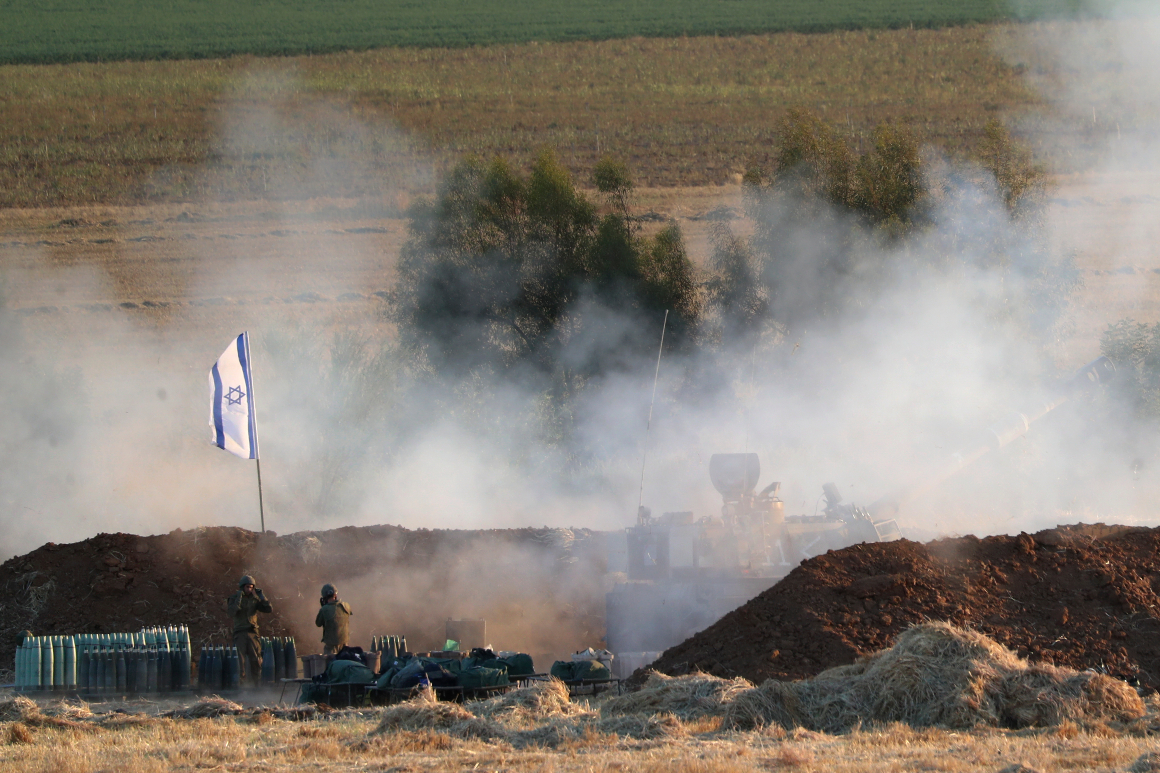 As Israelis and Palestinians clash in the streets and in the skies, members of the Trump and Biden administrations are blaming each other for creating the conditions that led to the bloodshed.

“The new administration certainly did nothing to prevent the escalation and the perception is they’re not engaged in resolving it,” said Victoria Coates, a former Trump National Security Council official. “Unfortunately, that is a recipe for more violence.”

President Joe Biden’s supporters dispute that, and counter that it was Trump’s strident and lopsided pro-Israel policies that have prompted the fury exploding now.

“The tragic events of this past week, borne out of unresolved and worsening tensions over the past several years, should bury the idea that the Trump administration did anything to enhance security and stability in Israel,” a senior Biden administration official said.

The political warfare is rooted in some genuine philosophical differences about how to approach a decades-old conflict whose actors don’t always pay heed to what the United States wants in the first place.

But it also is a preview of lines of attack both sides may use in future elections, especially the 2024 presidential race. The fate of Israel is of special concern to evangelical voters who make up a key part of the Republican base, but it resonates among many Democrats as well.

The news from the region remained grim Thursday.

Hamas, the Palestinian militant group that controls the Gaza Strip, continued to fire rockets deep inside Israel, prompting Israel to retaliate with airstrikes. The Associated Press also reported that at least three rockets were fired from southern Lebanon toward Israel.

Mob violence also was reported in multiple Israeli cities, with separate Jewish and Arab mobs said to have attacked property and people. That was an unusual development that has alarmed officials and analysts.

At least 103 Palestinians and seven Israelis have died in the fighting, while hundreds have been injured. It is not yet clear how much longer the fighting would last, but an Egyptian delegation was trying to broker a cease-fire between Israel and Hamas. The developments are reminiscent of the last major clash between Israel and Hamas, a 2014 war that lasted around 50 days, killing more than 2,000 Palestinians and over 70 Israelis.

Back in Washington, Biden and his top deputies, including Secretary of State Antony Blinken and National Security Adviser Jake Sullivan have been calling parties involved in the conflict as well as other governments in the region. They have also issued statements for Israel while acknowledging innocent lives lost and urging both sides to deescalate.

But Trump aides told POLITICO that the Biden administration should be more unequivocal in siding with Israel, because statements that seem to offer any sympathy for the other side give Hamas a sense that they should continue launching rockets. The Trump aides also said Biden‘s team should urge Palestinians to push out their corrupt leaders and stop trying to revive a nuclear deal with Iran that could help Hamas.

Friedman thought Biden’s statement so far on the situation was relatively solid, for instance, but he and others said the president’s efforts to rejoin the Iran nuclear deal was emboldening Palestinian terrorists.

Hamas, which the U.S. labels a terrorist group, will reap a windfall from its patron Islamist regime in Tehran if the deal is revived and the U.S. lifts many economic sanctions on Iran, Trump aides warned. Biden aides have been indirectly negotiating with the Iranians in Vienna about ways to save the 2015 agreement.

Two states, but taking one side

During the Trump years, the president and his aides rarely talked of a two-state solution, leaving the impression they didn’t all support it.

Jason Greenblatt, who served as a special negotiator for the Middle East under Trump, criticized Blinken for saying the recent violence makes it harder to achieve a two-state solution. While Greenblatt didn’t dismiss the idea of a future Palestinian state, he said the threat posed by Hamas needs to be kept distinct from other aspects of the conflict. 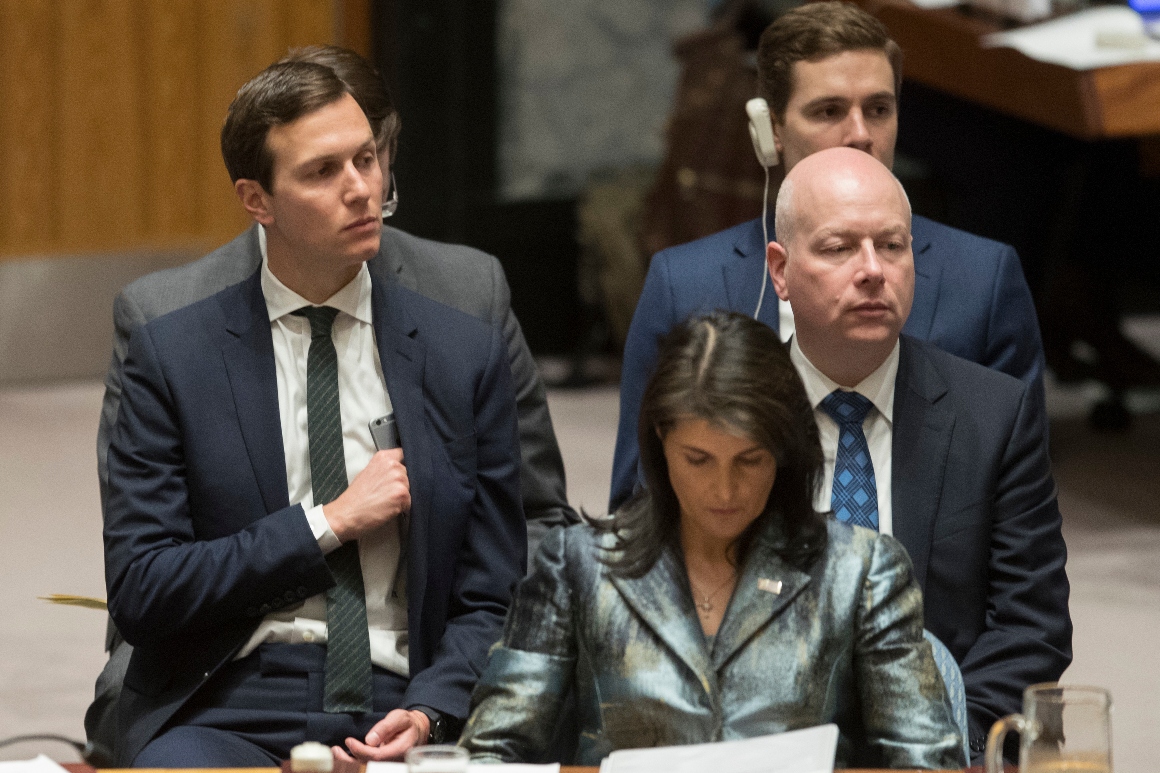 “You have to stop conflating this [Hamas] terrorism with a so-called peace process, and you need to learn to condemn forcefully without dragging in other topics,” Greenblatt said.

He added that it’s important for the Biden administration to engage with Palestinians, as it is trying to do, but the focus should be on improving their lives, including by holding elections that won’t be hijacked by terrorists or corrupt officials. Palestinian President Mahmoud Abbas, whose limited authority is mainly in the West Bank, recently postponed what would have been the first Palestinian elections in 15 years.

Coates said she was mystified by how Biden hasn’t appointed people to various positions that could be useful in a crisis like this, such as a special envoy or even an ambassador to Israel. The administration says it is sending a deputy assistant secretary of State to the region help defuse the crisis, but Coates said someone higher ranking should go.

When asked how she’d rate the Biden team’s performance on a scale of one to 10, with 10 being the best, she said: “I don’t want to be overly pejorative. They’ve got a lot on their plate. A two.”

For Biden aides and backers, the lecturing from Trump aides — or, for that matter, the former president himself — borders on offensive.

Trump, they note, distorted the U.S. role in the region not simply by being entirely pro-Israel but by being actively anti-Palestinian, they say. Among other things, Trump recognized Jerusalem as the capital of Israel, moved America’s embassy there from Tel Aviv, cut off nearly all aid funds to the Palestinians and shut down the diplomatic mission that dealt with them.

The Trump administration crafted a peace proposal for the region, but Palestinians, furious about their treatment, rejected it out of hand. At the time, many Biden backers said the plan effectively made it impossible for Palestinians to have a true state of their own someday.

Trump’s pro-Israel stance also strengthened extremist forces in Israeli politics, including settlers trying to take over areas claimed by Palestinians, Biden aides and backers said. One driver of the latest clashes was an expected ruling in a long-running court case involving Israeli settlers trying to evict Palestinian families from their homes in east Jerusalem.

“The explosion we’re seeing now is at least partially a function of four years of the Trump administration emboldening every single step by settlers in Jerusalem and the West Bank,” said Ilan Goldenberg, a former Obama administration official and Middle East specialist close to many in the Biden administration. “They’ve helped create this environment.”

Goldenberg also dismissed claims that the Iran nuclear talks were fanning the flames, noting that Hamas is not one of Iran’s top proxies and that the missiles it is now firing into Israel were stockpiled during the Trump years, when the U.S. imposed a sanctions-heavy “maximum pressure” policy to squeeze Iran.

The Biden administration made it clear from the outset that it did not see Israeli-Palestinian peace talks as being viable anytime soon, and it deprioritized the issue in part because it had other, more imminent challenges including dealing with the coronavirus pandemic. But the Biden team has also had to spend time trying to rebuild diplomatic connections — not to mention trust — with Palestinians that Trump swept away.

Both sides agree that one Trump-era accomplishment is worth saving: the Abraham Accords, in which a handful of Arab countries have normalized their diplomatic relations with Israel. The Biden administration has said it wants to build on the agreements, and some analysts are hopeful that perhaps Arab states involved in them, such as the United Arab Emirates, can influence how Israel treats the Palestinians.

In a March op-ed, Jared Kushner, Trump’s son-in-law and senior adviser, who drove much of the U.S. talks with Arab countries and the peace proposal for Israel and the Palestinians, largely dismissed the importance of the Israeli-Palestinian conflict. 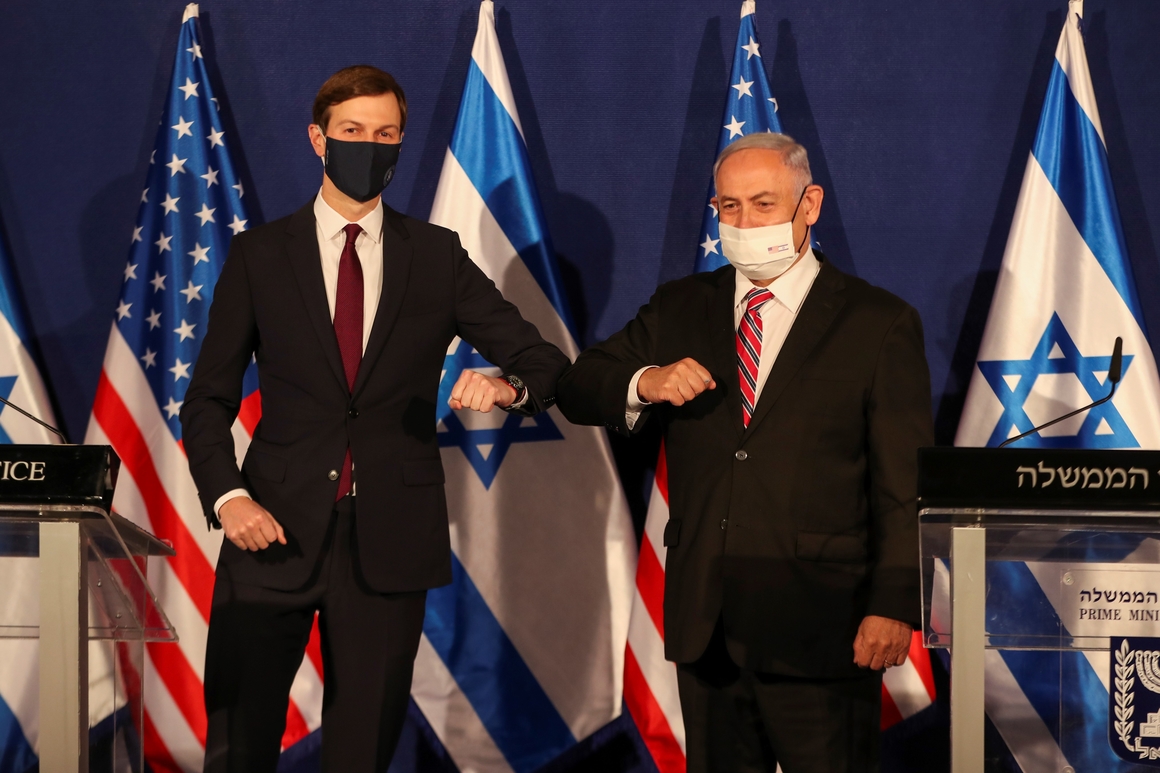 “The Abraham Accords exposed the conflict as nothing more than a real-estate dispute between Israelis and Palestinians that need not hold up Israel’s relations with the broader Arab world,” he wrote. “It will ultimately be resolved when both sides agree on an arbitrary boundary line.”

The events of the past week, however, have shown that even if some Arab countries are ready to deal with Israel regardless of the Palestinian plight, it doesn’t mean Palestinian grievances will quietly fade away. The UAE has criticized some Israeli policies during the latest violence, as has Saudi Arabia, which Israelis are hoping will sign on to the accords.

Trump aides said when they took over the U.S. government and delved into the details of the conflict, they decided that the Palestinian side — with the terrorism from Hamas, the corruption of Abbas’s Palestinian Authority, and general economic and political disarray — needed extensive reform. But Palestinians wouldn’t engage them, the Trump aides said, and it made no sense to keep funding systems that perpetuated the status quo.

In siding with Israel on multiple fronts, stopping U.S. aid to Palestinians, and taking other measures, the Trump administration hoped it could nudge the Palestinian people to demand their leaders leave or reform.

That didn’t quite happen, but Trump aides said that they all but smashed the failed, paradigm that had been used way too often — one that treated both sides as equally responsible actors. Biden should follow in their footsteps instead of reverting to the old way, they said.