D.C. Circuit rules that injunction against policy was erroneous 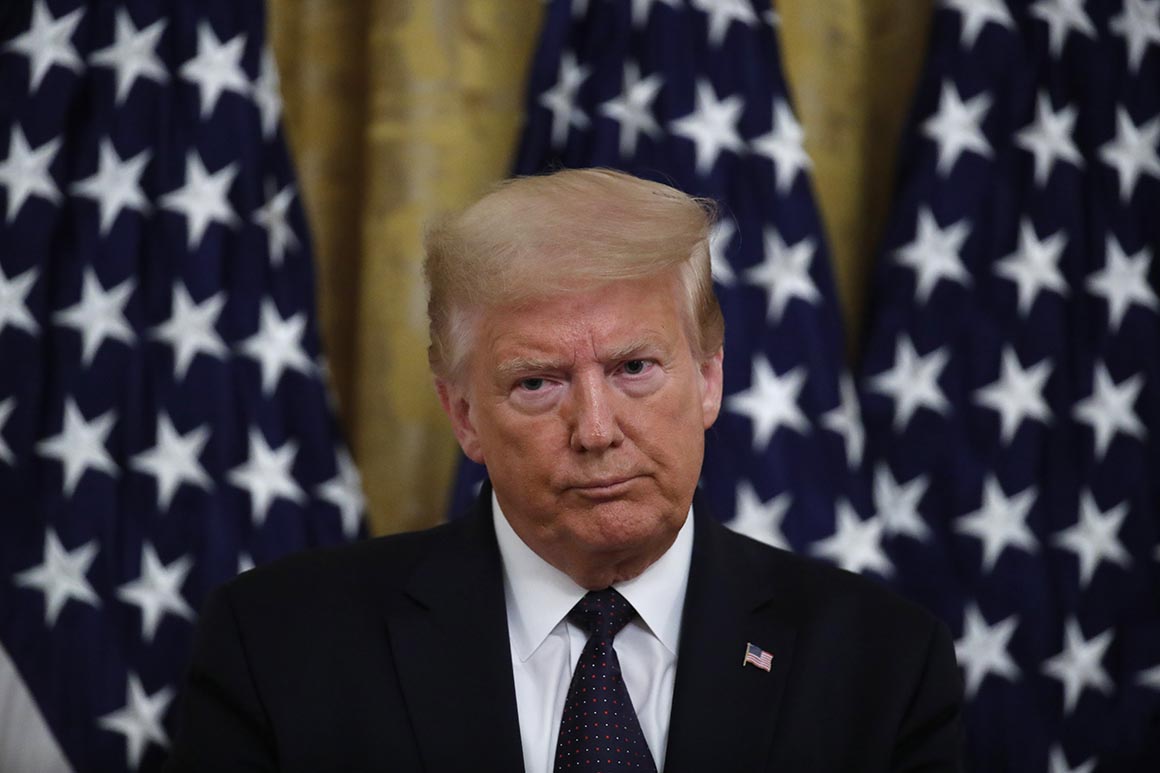 A federal appeals court handed President Donald Trump a significant win on immigration policy Tuesday, overturning an injunction that blocked his administration’s effort to broaden the number of immigrants eligible to be deported under a fast-track process.

A unanimous three-judge panel of the U.S. Court of Appeals for the D.C. Circuit delivered the victory to Trump just four days after the Supreme Court disappointed the president by issuing a 5-4 decision rejecting his administration’s effort to wind down the Obama-era DACA program, which offers temporary deportation protection and work permits to so-called Dreamers.

The new D.C. Circuit ruling found a lower court judge erred last September when she barred the expansion of “expedited removal,” which had previously been used for immigrants taken into custody within 100 miles of the Mexican border and only when agents contend the immigrants have been in the U.S. for less than 2 weeks.

The plan the appeals court greenlighted Monday would allow authorities to use the sped-up process with alleged illegal immigrants picked up anywhere in the country who appear to have been in the U.S. for less than two years. The process typically bypasses immigration judges and provides for no review of their decisions in the cases where they are brought in.

However, the two judges concluded that federal immigration law appeared to put the decision issued last year by acting Homeland Security Secretary Kevin McAleenan beyond the reach of the Administrative Procedure Act, which courts often use to assess agency actions. In addition, Millett and Edwards said DHS did not appear to have been obliged to release the policy for public comment before adopting it.

The immigrant advocates “do not have a likelihood of success on their APA notice-and-comment and reasoned decisionmaking claims because the Secretary’s decision to expand the scope of expedited removal within statutory limits is committed to agency discretion by law,” wrote Millett, in an opinion joined by Edwards.

Millett noted that the statute actually gives the secretary “sole and unreviewable discretion” to apply the expedited removal process within certain constraints. “There could hardly be a more definitive expression of congressional intent to leave the decision about the scope of expedited removal, within statutory bounds, to the Secretary’s independent judgment,” she wrote.

Judge Neomi Rao, a Trump appointee, said she would not have delved into the issue of whether the immigrant rights groups that brought the case have standing. She would have tossed out the case based solely on the language that gave the Homeland Security secretary unreviewable discretion.


Rao said that showed Congress sought to strip lower courts of jurisdiction over suits like the one brought by immigrant advocates against the expedited removal policy change.

“Under our Constitution, inferior federal courts have no power except that which is specifically granted by Congress,” she wrote. “No court ‘other than the Supreme Court’ has jurisdiction to enjoin the operation of the Expansion Designation."

Rao also said her colleagues’ decision represented “yet another marker on the road to government by injunction.”

The majority opinion swiped back at Rao, complaining that she’d gone out of her way to endorse arguments “that not even the secretary advanced.”

The American Civil Liberties Union, which brought the suit, noted that the appeals court decision did not definitively resolve the case. The group said it plans to return to U.S. District Judge Ketanji Brown Jackson and press claims she did not address before issuing the preliminary injunction the D.C. Circuit overturned Tuesday.

“This is only the first round in our fight against the Trump administration’s illegal attempt to remove hundreds of thousands of people from the U.S. without any legal recourse,” ACLU lawyer Anand Balakrishnan said. “The court ruled that our suit was properly brought and we can now pursue our statutory and constitutional claims in order to once again block this cruel policy.”

Spokespeople for the departments of Justice and Homeland Security, and the White House did not immediately respond to requests for comment on the ruling.