Republican FCC Commissioner Brendan Carr is landing on the president’s radar as he hammers Trump foes ranging from Twitter to Beijing to impeachment star Adam Schiff. 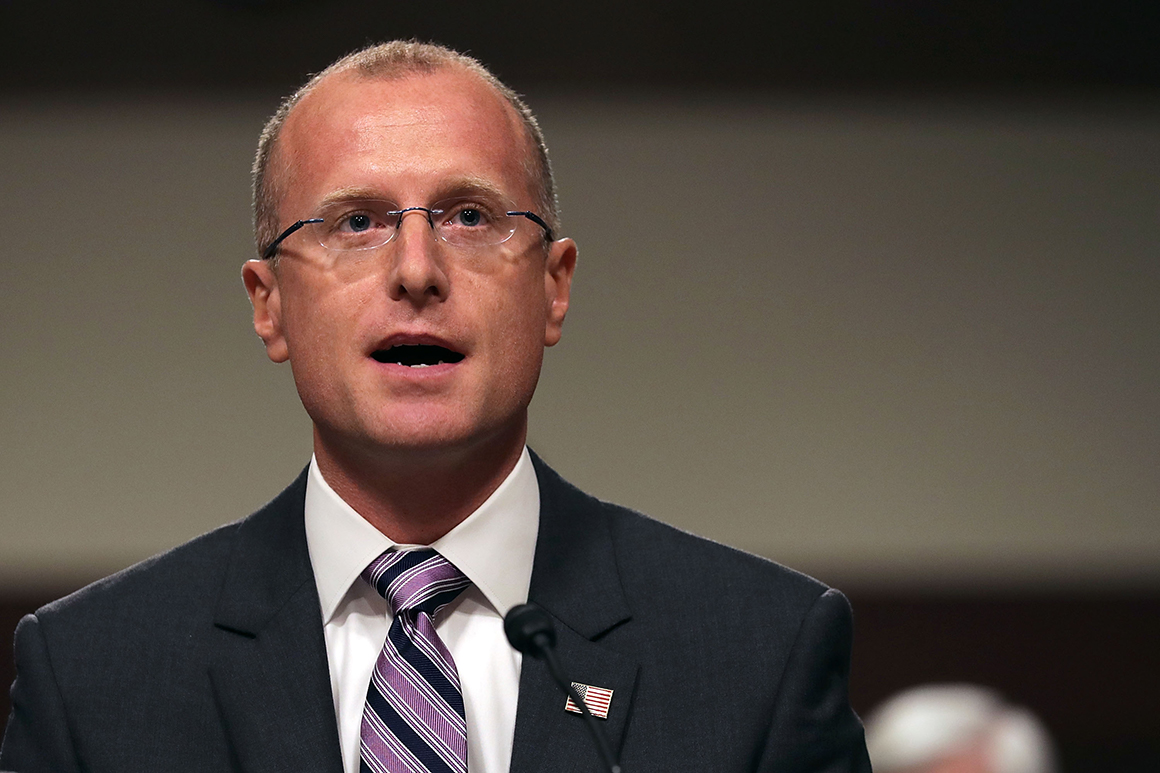 He rails against the "far left's" hoaxes. He says the World Health Organization has been “beclowned” over its response to the coronavirus. And he describes a “secret and partisan surveillance machine” run by House Intelligence Chairman Adam Schiff.

Those aren't President Donald Trump's words. They came from Brendan Carr, the junior Republican on the Federal Communications Commission, who is embracing a flavor of distinctly Trumpian rhetoric that could help him leapfrog his way to the chairmanship of the five-member regulatory agency.

The FCC, though it has no direct authority over social media, could play a key role in assisting Trump's efforts to rein in the power of Twitter and other online companies. And Carr has spent months echoing some of the president's favorite rhetoric, from hammering the alleged partisan biases of Silicon Valley tech giants to accusing Beijing's Communist leaders of allowing the coronavirus’ spread.

Carr has caught Trump's attention in the past week with a series of appearances on conservative and business-oriented television shows, in which the commissioner backed the president's fight against platforms like Twitter.

“This is really welcome news,” Carr told Lou Dobbs on Fox Business on Thursday, hours after Trump signed an executive order that threatens to reduce the online industry's protections from lawsuits. Carr argued that the “far left” is “committed to not letting these platforms stay neutral in the run-up to 2020.”

The previous night, Carr joined Tucker Carlson and Shannon Bream in separate appearances on Fox News, while slipping in other interviews ahead of the signing — one on Yahoo Finance, another with former Trump aide Sean Spicer on right-leaning Newsmax. On Friday, he was back on Fox Business joining Neil Cavuto, and on Monday morning he popped up on CNBC.

He was the only commissioner to make such a wide-ranging media tour, and his message was consistent: It’s about time.

“Since the 2016 election, the far left has popped from hoax to hoax to hoax to explain the loss at the ballot box,” Carr remarked to Carlson. “They have decided, Twitter, to engage the president of the United States with its own partisan political viewpoint.”

If the goal was getting on Trump’s radar, he succeeded.


Within hours, Trump tweeted Carr’s interview with Dobbs from his personal account, as did the official White House Twitter account. Trump also retweeted Carr’s statement praising the executive order. Donald Trump Jr., the president’s son, has also shared Carr’s smackdowns of social media companies. And it’s not a first, either. Earlier in May, the White House retweeted Carr accusing POLITICO of spreading “Communist propaganda” by publishing an article that quoted Chinese social media users' mockery of Trump's handling of the pandemic.

Winning Trump's favor via television is an established playbook that has aided past administration officials, such as former national security adviser John Bolton and former White House communications director Anthony Scaramucci, who both got their jobs after becoming prominent on right-wing cable news.

“We’re in a world where there are people sitting in high government positions right now, or previously, because the president saw them on TV, saw them on Fox News,” Gigi Sohn, who advised former Democratic FCC Chairman Tom Wheeler, said in an interview. “There may be a method to this madness.”


Carr, a 41-year-old former communications lawyer who became a commissioner in 2017, is hitting just the right notes to appeal to Trump, who could soon use a new FCC chairman if he wins a second term November. Trump's first chairman, Ajit Pai, has helmed the agency for about 3 1/2 years and faces questions about what he may want to do next.

“I just think it’s unfortunate when an FCC official goes way out of his lane just to try to audition to be the chairman in a possible second Trump administration,” Sohn remarked. “I’ve been very shocked by how far out on a limb he’s gone to try to get the White House's attention.”

“Commissioner Carr has broken with traditional Republican orthodoxy and put all his chips on team Trump,” said Doug Brake, a director at the Information Technology and Innovation Foundation.

"This [executive order] is problematic for all sorts of reasons, and clearly not the proper process or forum to have a discussion around content moderation," Brake added. "I suspect Carr himself knows this."

But Carr told POLITICO that the issues he's discussing surrounding social media and the Chinese government are a natural outgrowth of his long-running interests at the commission. The politics, he said, is “not my focus.”

He added that he hopes Pai — a “rock star” as chairman — will stay at the commission as long as his term allows, through 2022.

READ:  I’m 18 and Everything I Know About Being an American I Learned in Normandy

“I don’t think the White House has anything on their radar at this point in terms of FCC chair other than Ajit Pai,” Carr said. 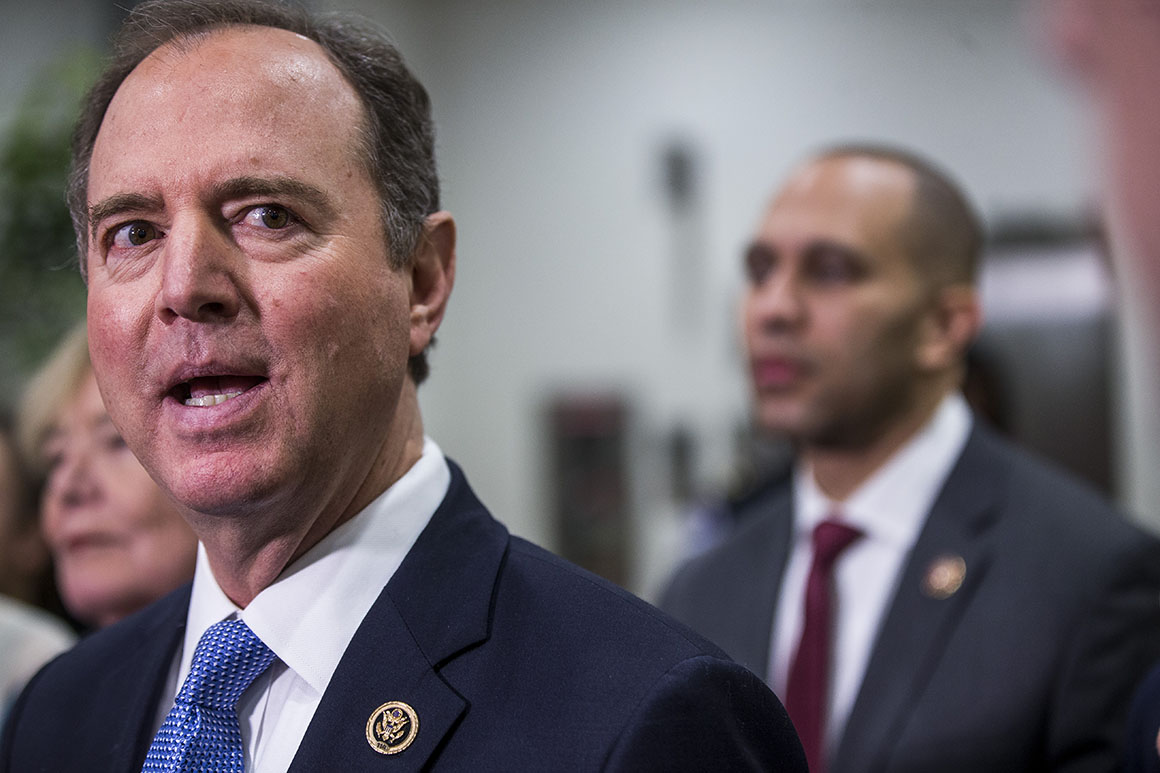 Under Trump’s executive order, the Commerce Department is supposed to petition the commission to narrow the scope of the liability protections that online companies enjoy under a 1996 law. If Carr becomes chairman, he would be in a position to implement Trump’s wishes with a rulemaking, despite the agency’s independence from the executive branch and FCC Republicans' past objections to inserting the government into the internet marketplace.

Some critics question whether the FCC should have any role here. Democratic Commissioner Jessica Rosenworcel, another outspoken voice at the agency, said she worries the order may turn the FCC into Trump's "speech police."

Carr has expressed no such qualms, and even before the order’s release, Carr told the cable news hosts that the government should rethink the liability protections. He also suggested that social media giants like Facebook merited a crackdown from the Federal Trade Commission, whose duties include consumer protection, on the apparent grounds that they had committed unfair and deceptive business practices when telling Congress they were politically neutral.

He told POLITICO he had not learned of the executive order’s details from the White House directly prior to its unveiling.

Carr has spent recent months picking apart what he sees as contradictions and biases among the major tech companies. That has included skeptical probing of members of Facebook's new global content review board — who, he noted Monday on CNBC, include a Stanford Law School professor who testified as an impeachment witness against Trump.

But Carr has disputed the notion that party politics drives his advocacy for free expression, citing his defense of political satire by former Democratic presidential contender Mike Bloomberg.

“I’m a free speech guy,” Carr said in his interview with POLITICO. “We want more speech.”

But Carr's dominant attention has been on the anti-conservative biases he sees permeating social media.

Carr's tone lately has become bolder and louder than in his early years at the agency.

Carr rose up fast after arriving at the commission in 2012 as an aide to Pai during the chairman's years as a minority commissioner. He became the agency's general counsel after Pai became chair in January 2017. By that August, with Pai’s advocacy, he bypassed several other GOP contenders to fill an open commissioner spot, winning unanimous confirmation from the Senate.

He built a reputation as a loyal ally to Pai, often being the quickest commissioner to back the chairman’s efforts to roll back Obama-era net neutrality rules and streamline regulations on wireless infrastructure. The portfolio Carr built emphasized the buildout of 5G wireless, a national shortfall in workers who climb telecommunications towers, and the country's telehealth needs.

Ahead of the 2020 election, Carr has taken to jabbing some of the prominent Democrats vying for Trump's office. Sen. Elizabeth Warren (D-Mass.) “has no issue leaving rural America behind,” he tweeted in November, when she was running in the presidential primaries. “No plan to deliver competitive 5G & high-speed Internet to every community-not just Big Cities.”

In contrast, the other likely GOP contender to succeed Pai — the more senior Commissioner Mike O’Rielly — has taken a quieter approach to his duties.


Both Carr and O'Rielly would be capable chairs, American Enterprise Institute scholar Roslyn Layton said in an interview, citing their extensive bonafides among conservatives. But O’Rielly has built a reputation for wonkishness, and that more traditional telecom work is how he has tried to stay on Trump’s radar. (Quite literally: He wrote to the president this year urging him to help free up more of the Pentagon’s spectrum for 5G wireless.)

O’Rielly reacted to Trump's executive order by tweeting that he would need to review it and that, while concerned about conservative voices being “stifled by liberal tech leaders,” he thought the First Amendment governed much of the outcome.

But O’Rielly also faces more immediate challenges compared with Carr — he needs to secure a reconfirmation vote from the Senate this year or lose his seat on the commission. Democrats could resist, hoping to hold the seat open and reclaim the commission's majority if Joe Biden wins in November.

Commissioners “all have an eye on how to become chairman,” one longtime industry consultant said, requesting anonymity to speak frankly.