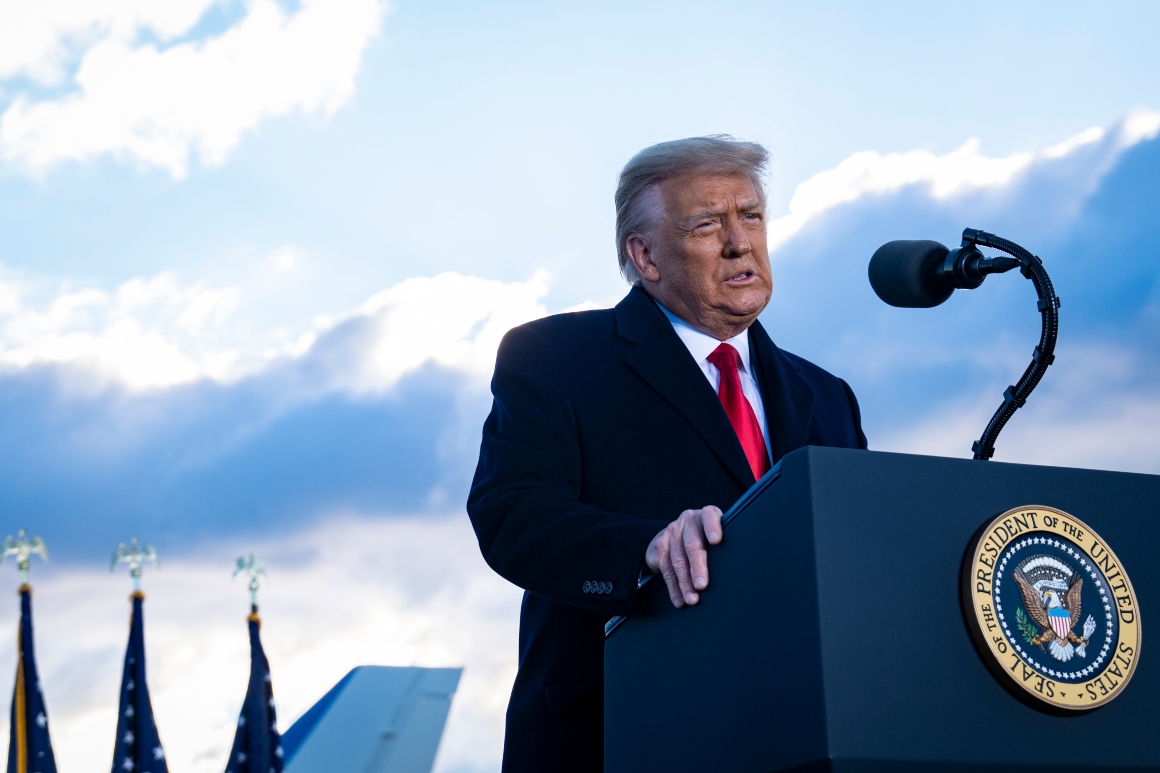 “There will be at least 44. Or more. I think we might get one or two back on acquittal,” Paul (R-Ky.) said in an interview. “Everybody objects to that violence. Everybody is horrified by that violence. But the question is: Did the president incite that?”

To Paul, the answer is clearly no. And interviews on Wednesday evening revealed that the raw emotions stirred up by the day's never-before-seen footage of violent rioters ransacking the Capitol hadn't moved Republicans any closer to voting to convict Trump on a charge of inciting the mob.

Most Republicans are publicly unshakable from the hard line they've taken on their party's process argument: How could they convict on the merits after saying the Senate shouldn’t even hold the trial?

The dug-in GOP resistance to considering conviction illustrates the same phenomenon that has torn the party asunder for years under Trump: The former president's power over the Republican base still eclipses his political toxicity for most members of his party.

The compelling presentation by House Democratic impeachment managers, which featured images, videos and audio clips that forced senators to relive the harrowing day, even handed several GOP senators a clear argument for acquitting the ex-president. The trial tests whether Trump incited the riot, Republicans said, not the widely acknowledged calamity that Jan. 6 became.

Sen. Mike Rounds (R-S.D.) said the impeachment managers took a “pretty polished approach.” But he concluded that they’re asking the Senate to provide a “solution that we just don’t believe we have available.”

“Their focus is on the actions of the day and they have still to reckon with the fact that most of us don’t believe we have the constitutional authority to impeach a private person,” said Rounds, who was just re-elected. “I don’t think they’re going to be able to overcome that based on the direction of their discussions today, as chilling as the events of Jan. 6 were.”

GOP senators went as far as to praise the House impeachment managers for delivering an effective and compelling case on the Senate floor Wednesday. Senate Minority Whip John Thune (R-S.D.) said they had connected the dots effectively.

But many in the GOP argued that the managers have not proven their incitement charge against the former president.

“We all knew the elements of the case coming here. Putting it on video and spending the time to accentuate it,” said Sen. Mike Braun (R-Ind.), who has all but ruled out voting to convict. “For any of us who don’t think the whole process is constitutional, it makes it difficult to go beyond that point.”

And there were moments of backlash against the impeachment managers, most notably on the presentation of a call that Trump accidentally placed to Sen. Mike Lee (R-Utah) when he was trying to reach Sen. Tommy Tuberville (R-Ala.). Lee said in a brief interview that the presentation from Rep. David Cicilline (D-R.I.) "consisted of statements that I did not make," and they were stricken from the record. 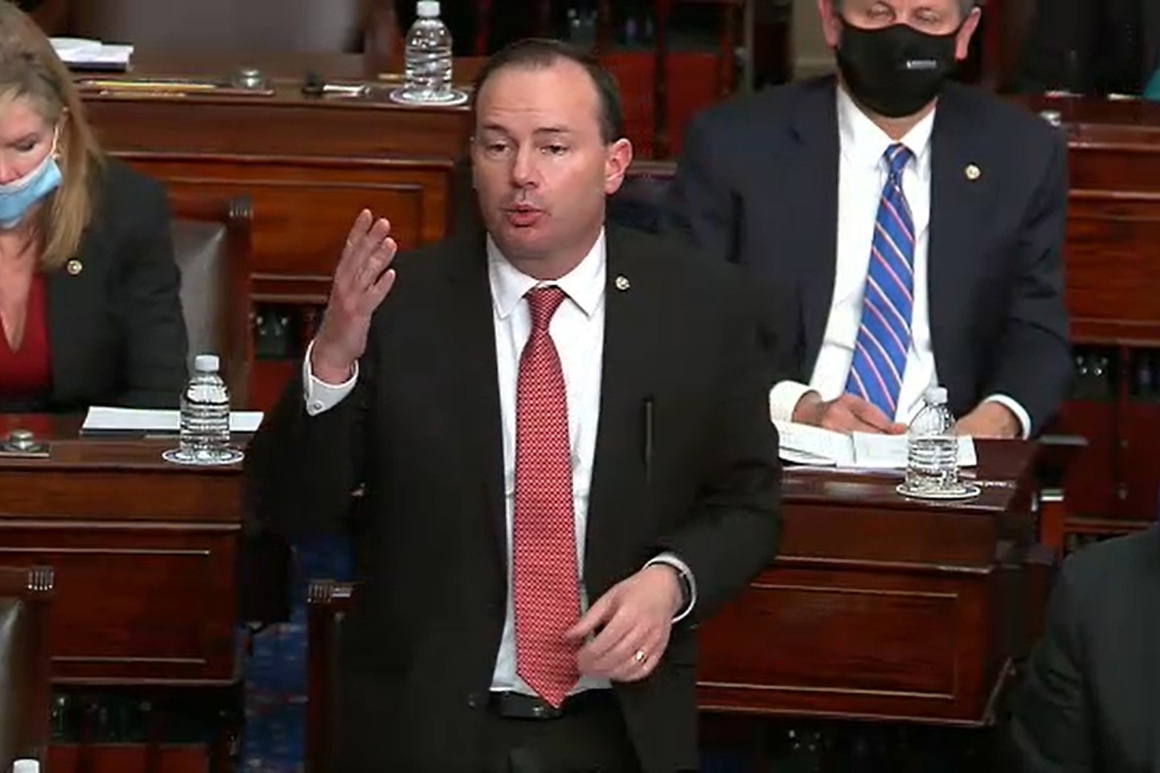 In recounting Trump’s actions as the insurrection unfolded, Cicilline said that Lee answered the phone and Trump was on the other line, and referred to him as “Tommy.” According to Cicciline, Lee then handed the phone to Tuberville. Trump subsequently requested that Tuberville “make additional objections to the certification process,” Cicilline said.

Tuberville said that he wished the presentation “had been correct.”

“I don’t know if you’ve ever talked to President Trump. You don’t get many words in, but, he didn’t get a chance to say a whole lot because I said ‘Mr. President, they just took the vice president out, I’ve got to go,’” Tuberville said in an interview.

“Watching the footage of how they treated the police officers was so much worse than anything I personally saw that day,” said Sen. Martin Heinrich (D-N.M.) “I don’t know how you could watch that and acquit this guy."

Securing a conviction is a dramatically uphill battle for the House managers, especially after the vast majority of the Senate GOP conference reaffirmed its view this week that putting a former president on trial is unconstitutional. It takes 67 votes to convict the former president — requiring 17 Republicans to cross party lines and vote against Trump — and Democrats would then move to bar him from running for office again.

Still, Democrats said more Republicans may be privately reconsidering their votes. Sen. Chris Coons (D-Del.) told reporters his conversations indicate more than six GOP senators may be weighing conviction, though that might be wishful thinking.

READ:  Why Joe Biden’s bounce might not be coming

Trump’s defense team starts presenting its rebuttals on Friday. Some Republicans expected the team to contend that Democrats offered their own encouragement of violence by cheering on last summer’s protests across the country in the wake of George Floyd’s killing by police.

“If we’re going to put into context what was happening for months before the attack on the Capitol and what all kinds of political figures on the other side were saying about that, that would be one of the ways I’d respond," said Sen. Roy Blunt (R-Mo.), the No. 4 GOP leader.

Several Republicans are withholding judgment until hearing both sides — even those thought to be amenable to the managers’ case. The House managers will present again on Thursday, and they appear to be making in-roads with at least one senator who first found the trial unconstitutional in January.

“It was very powerful. It was of course more complete than what I saw, because it had videos from all over,” said Sen. Bill Cassidy (R-La.), who voted to uphold the trial’s constitutionality this week. “I cannot comment on how it addresses conviction because we have not heard from the other side.”