But states must still pick up 25 percent of the tab. 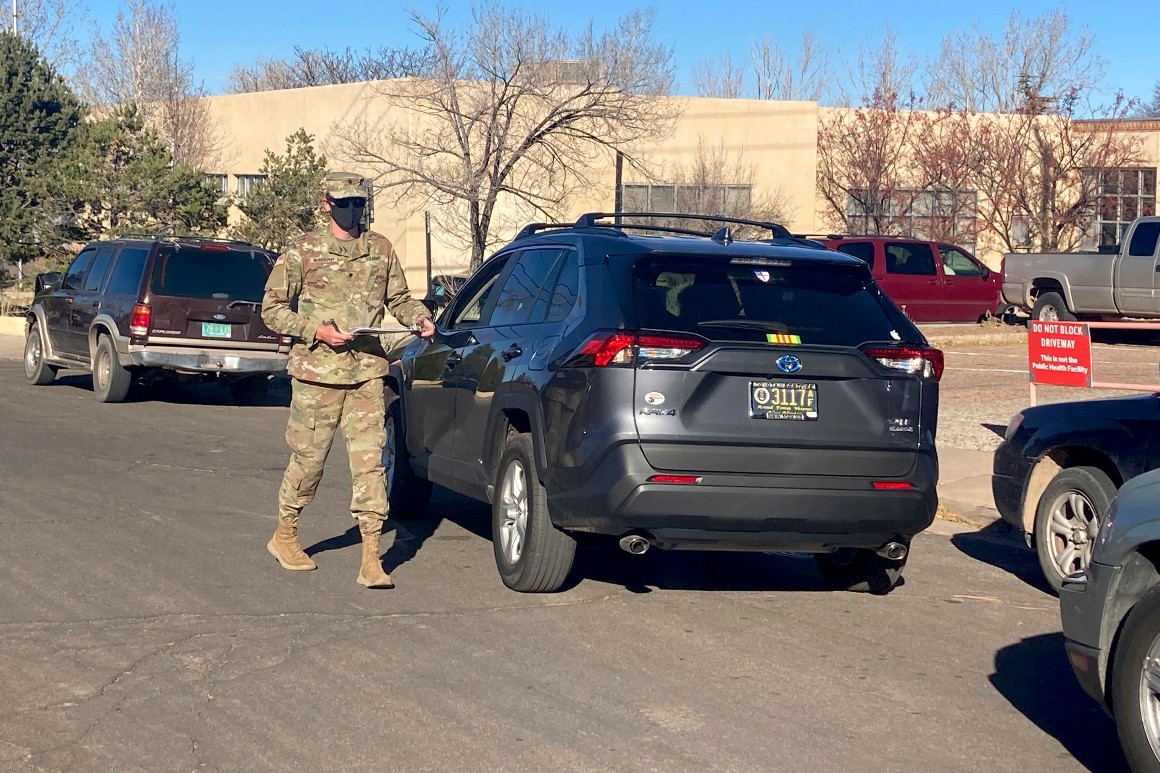 President Donald Trump on Thursday approved requests from nearly every state to extend federal funding for the National Guard’s Covid-19 relief work until the end of March. The authorization had been set to expire at the end of the year.

The White House, however, denied requests for full federal funding and will instead require most states to continue picking up 25 percent of the tab. Florida and Texas, which had received a special carveout from the cost-sharing earlier this year — prompting accusations of political favoritism — will be cut back to 75 percent federal funding after Dec. 31.

“National Guard forces around the country have provided critical support to Governors" as states fight the pandemic, particularly among vulnerable populations, the order reads. “Additionally, the States and territories will need assistance in fighting hot spots as they emerge.”

As Covid-19 cases, hospitalizations and deaths surge across the country, most states are depending on National Guard members to run testing sites, deliver supplies to overwhelmed hospitals, stock food banks, sanitize nursing homes and carry out other vital tasks. Federal support for that work had been set to expire at the end of the year, and while President-elect Joe Biden recently promised to authorize an extension as soon as he’s sworn in, many state leaders feared a gap in funding between Dec. 31 and Biden’s late January inauguration.

On Monday, governors on a call with Vice President Mike Pence about the pandemic asked him if and when the funding would be extended, and he promised he would personally speak to Trump about it, according to a readout of the call obtained by POLITICO.

“This is a huge relief,” said Casey Katims, the federal liaison for Washington Gov. Jay Inslee, a Democrat. “We’re facing the most dangerous wave of infection yet and our communities are counting on the National Guard to keep our food banks stocked and our testing sites staffed.”

The Trump administration prompted widespread backlash early this summer when POLITICO reported that officials were planning a "hard stop" for federal support for the Guard's work. The White House has issued multiple extensions since then, though some of those announcements came so close to the expiration date that states had already begun to demobilize their troops to allow them to quarantine for two weeks before returning to their home communities.

Now, local officials will continue to rely on the Guard as hospitals get swamped with virus cases and states begin the massive undertaking of distributing one or more Covid-19 vaccines.