The president used a Washington rally to take aim at both his political rivals and allies as Congress prepares to certify Biden’s victory. 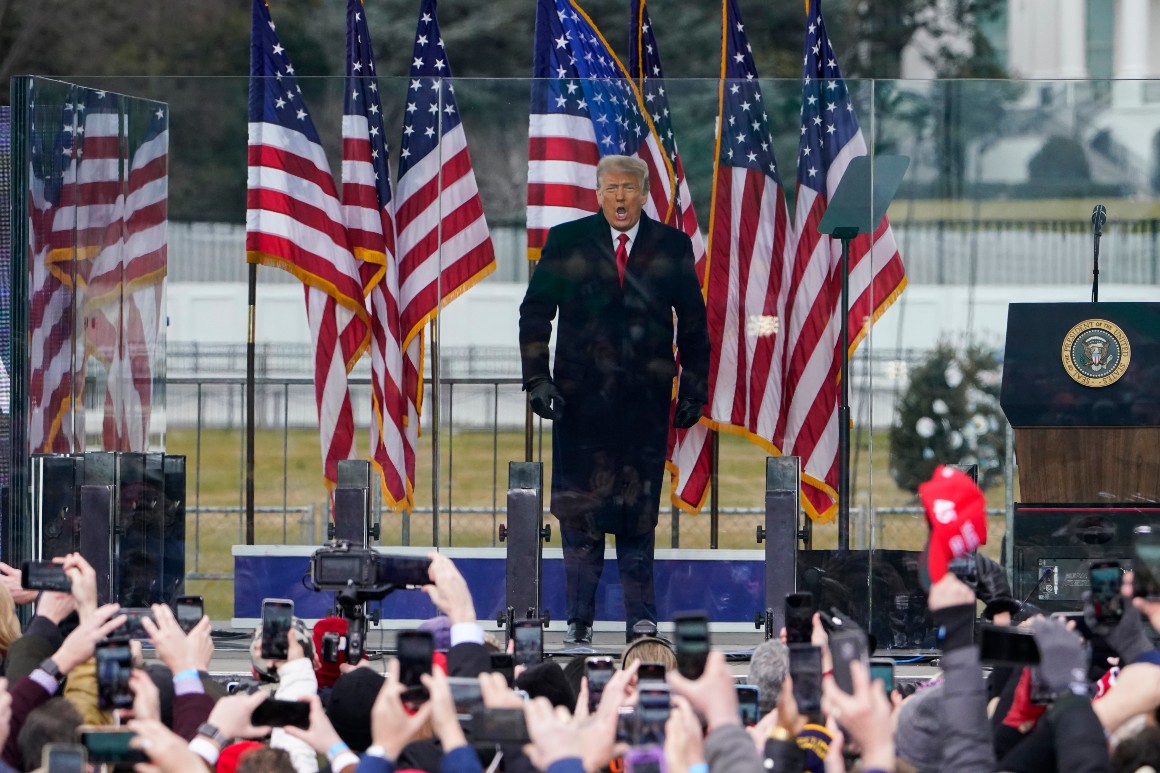 As Congress prepares to officially seal president-elect Joe Biden’s electoral victory, President Donald Trump on Wednesday took a torch to his political opponents during a rally in front of the White House while also vowing to “never concede.”

“We will never give up. We will never concede," Trump said at a large protest of supporters at the nation's capital.

Trump vowed to take on Republicans who reject his effort to stay in office more than two months after he lost the presidential election — a threat that came just ahead of a joint session of Congress in which dozens of GOP lawmakers are planning to challenge Biden's Electoral College win.


Trump continued to promote baseless allegations of rampant voter fraud that he falsely claimed denied him a second term.

"You don't concede when there's theft involved," he said of an election in which he garnered seven million fewer votes. "This was not a close election.”

He also said that Republicans Kelly Loeffler and David Perdue, who appear likely to have lost runoff elections in Georgia, were "set up."

But Trump devoted much of his time to ripping into sundry enemies, including the mainstream media, the tech industry, Supreme Court justices he appointed and "weak Republicans."

"Your leadership has led you down the tubes,” he told rallygoers.

READ:  Biden to begin admitting migrants forced by Trump to wait in Mexico

He also further leaned on Vice President Mike Pence to act unilaterally to overturn Biden's victory later on Wednesday, an unprecedented notion that Pence has indicated privately that he will not do.

"Mike Pence is going to have to come through for us, and if he doesn’t, that will be a sad day for our country,” he said.