Joe Simons has come under White House pressure for resisting the president’s fight against alleged political bias in social media. 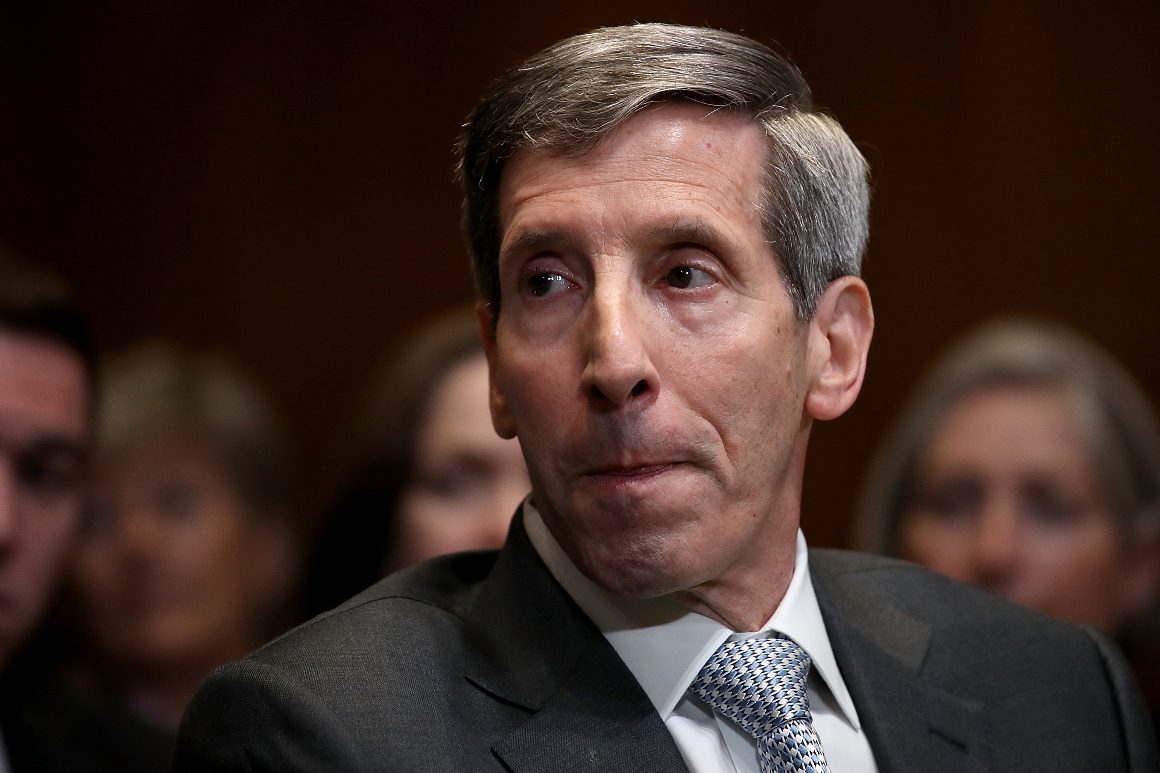 The White House is searching for a replacement for Federal Trade Commission Chair Joe Simons, a Republican who has publicly resisted President Donald Trump’s efforts to crack down on social media companies, four people with knowledge of the discussions said.

Simons, a veteran antitrust lawyer, hasn’t announced he’s leaving the agency. He is serving a term that doesn’t end until September 2024, and he cannot legally be removed by the president except in cases of gross negligence. But the White House has already interviewed at least one candidate for the post, the people said — a sign that the administration is preparing for an opening that could give Trump a chair more in line with his agenda.

John McEntee, who heads the White House personnel office, informally interviewed at least one candidate for the job, according to one individual. Two others confirmed that FTC veteran and Fox Corp. executive Gail Slater was among those interviewed. The people spoke anonymously to discuss internal White House deliberations.

Simons has helmed the agency since May 2018, overseeing a commission that is legally independent of the Trump administration but would play a crucial role in the president’s efforts to combat what he alleges is anti-conservative bias by companies like Twitter. POLITICO reported last week that Trump has personally pushed Simons to aid that agenda, pressure that included a recent meeting with the FTC chair in the Oval Office.

It would not be unusual for Simons to choose to step down next year for unrelated reasons if Trump were to win in November, said another of the individuals, who asked for anonymity to discuss the White House’s thinking. The decision to interview potential replacements for Simons could simply indicate White House preparations for a second term, the person said.

Unlike with executive branch agencies, where Trump has wide latitude to designate acting agency heads, the White House would have to either pick one of the FTC’s two sitting Republicans or nominate a new chair if Simons leaves.

The White House and the FTC declined to comment. McEntee didn’t immediately respond to a request for comment.


Simons, 62, has asked his staff to commit to staying at the agency until the end of 2020, a fifth person with knowledge of the FTC chair’s request said. Earlier this week, the FTC announced that Simons' former chief of staff, Tara Isa Koslov, had moved to a staff leadership position within the agency, which would allow her to remain in a senior role if Simons departs.

The FTC’s duties include overseeing antitrust and consumer protection, but its importance to Trump’s priorities escalated in May after the president signed an executive order urging the commission to look into social media companies’ alleged censorship of conservatives. Simons said this month that he believes the issue of social media censorship is outside the FTC’s remit, telling lawmakers that “our authority focuses on commercial speech, not political content curation.”

The FTC is also in the middle of a high-profile antitrust probe into Facebook. Simons previously said he wanted the investigation into the social network wrapped up by the end of 2020, though he declined to discuss the probe’s timing during a Senate hearing this month.

Slater, a dual U.S. and Irish national, spent a decade at the FTC and is now a senior vice president at Fox Corp., which owns Fox News. While at the FTC, Slater served as an adviser to then-Commissioner Julie Brill, who is now head of privacy for Microsoft.

After leaving the FTC, Slater served as a vice president for the Internet Association, a Washington, D.C., trade group for internet companies whose members include Amazon, Facebook and Google.

She had an informal interview two weeks ago, and the White House wants to talk to people who know the agency well, according to a person familiar with the discussion, which was led by McEntee’s office. From February 2018 to May 2019, Slater was a special assistant to the president for economic policy and had a broad portfolio, dealing with technology, telecom and cyber. She also worked on consumer privacy and 5G.