The prime minister acknowledged Canada also has much work to do to address racism. 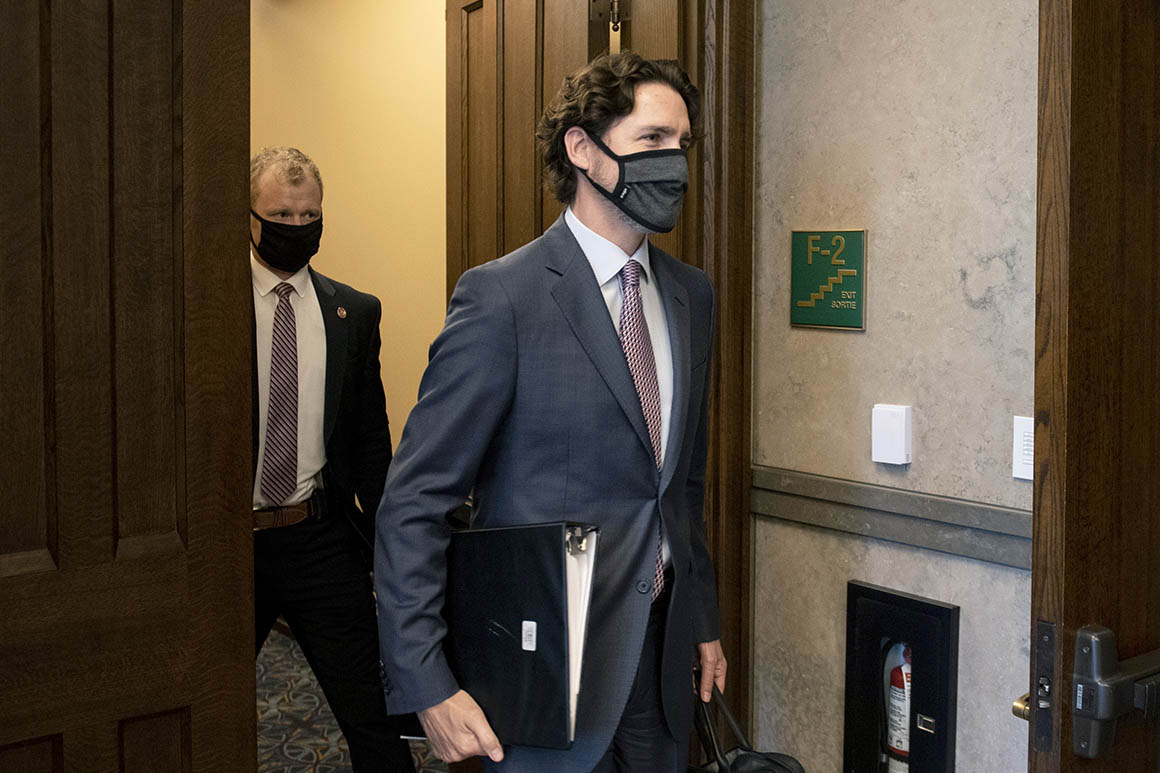 Trudeau made the remarks Tuesday when asked for his thoughts on Trump's stated plans to mobilize every available federal force, “civilian and military,” to end protests across the country.

The question during the media briefing also sought Trudeau's comment on the forceful removal by police Monday of demonstrators gathered peacefully around a public square near the White House to make way for a Trump photo op.

After a 20-second pause to think about the question, Trudeau gave an answer.

“We all watch in horror and consternation what’s going on in the United States," he said. "It is a time to pull people together, but it is a time to listen. It is a time to learn when injustices continue despite progress over years and decades."

Trudeau then turned the focus to racism and systemic discrimination in Canada. He said it's time for people to recognize that Canada has many challenges and that black and racialized Canadians face discrimination every day.

In a follow-up question, Trudeau was asked why he was reluctant to comment directly on Trump’s actions and words.

Trudeau and his team have gone to great lengths to build relationships with Trump and his inner circle. The prime minister has worked hard to steer clear of provoking the unpredictable president, but the two leaders have had dust-ups.


Trudeau's Cabinet point person on U.S. relations also appeared reluctant Tuesday to weigh in on the Trump administration's role in the crisis south of the border.

Deputy Prime Minister Chrystia Freeland was asked at a press conference why the Canadian government has not been more assertive in calling out Trump's actions.

Freeland also paused for a few seconds before answering. She immediately put the focus on Canada's challenges with racism without responding directly to the question.

In a follow-up query, she was asked if the Trudeau government was worried about blowback from Trump if it were to somehow get involved in the issue.

"What I am concerned about, actually, is Canadian complacency — I think that it's really, really important for us to set our own house in order," Freeland said.

"I think that we as Canadians, all of us, need to take this very traumatic moment for many people in the world as an opportunity to look at what we are doing in Canada and to work hard to do better."

In talking about racism in relation to events in the U.S., Trudeau has been confronted by his own actions, including images from years ago that surfaced of him wearing racist face paint.

Last year, in the middle of Canada’s election campaign, a bombshell Time magazine report showed images of Trudeau from two decades ago in brownface. It was followed by the release of more photos and videos of the younger Trudeau in brownface and blackface.

“I have spoken many times about how deeply I regret my actions that hurt many, many people. But at the same time, we need to focus on doing better every single day, regardless of what we did or hadn't done in our past.”