Navalny says his health has been declining in prison. 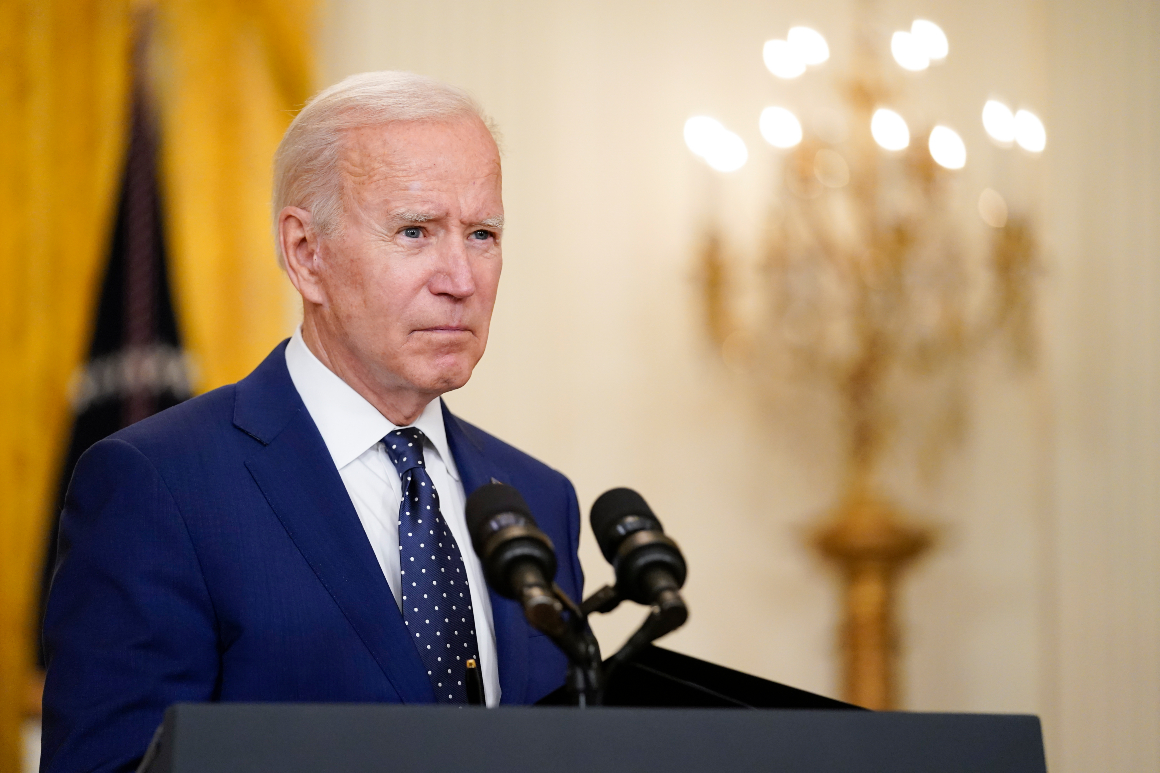 President Joe Biden on Saturday denounced Russia over its treatment of prominent Putin critic Alexei Navalny amid reports his health is deteriorating in prison.

Navalny was arrested in January after coming back to Russia from Germany, where he recovered for several months from poisoning that he blames on Russia, which the country has denied. He was quickly sentenced to more than two years in prison on charges he has said are bogus. He’s being held in the notorious Matrosskaya Tishina prison.

Navalny, who has been on a hunger strike for nearly three weeks, said in an Instagram post that an official had told him his health was worsening and that he may be force-fed if he continued not to eat. Navalny has demanded his doctor be able to see him after getting severe back pain and leg numbness in prison. Navalny's wife has said he has had issues talking.

Navalny’s doctor said Saturday he “could die at any moment.”

Biden’s comments Saturday at a golf club in Wilmington, Delaware, come just days after the president levied new sanctions on the Kremlin and expelled Russian diplomats from the U.S.. The Biden administration is attempting to crack down on the Kremlin over its attempts to interfere in the 2020 election, SolarWinds cyber espionage efforts and the country’s occupation of Crimea, among other things. In response, Russia expelled U.S. diplomats and banned several prominent U.S. officials from Russia, including Attorney General Merrick Garland.

“I was clear with President Putin that we could have gone further, but I chose not to do so. I chose to be proportionate,” Biden said Thursday. “The United States is not looking to kick off a cycle of escalation and conflict with Russia. We want a stable, predictable relationship.”