Campaign manager Bill Stepien and two other top Trump aides will work with the outgoing president’s political operation and other GOP candidates. 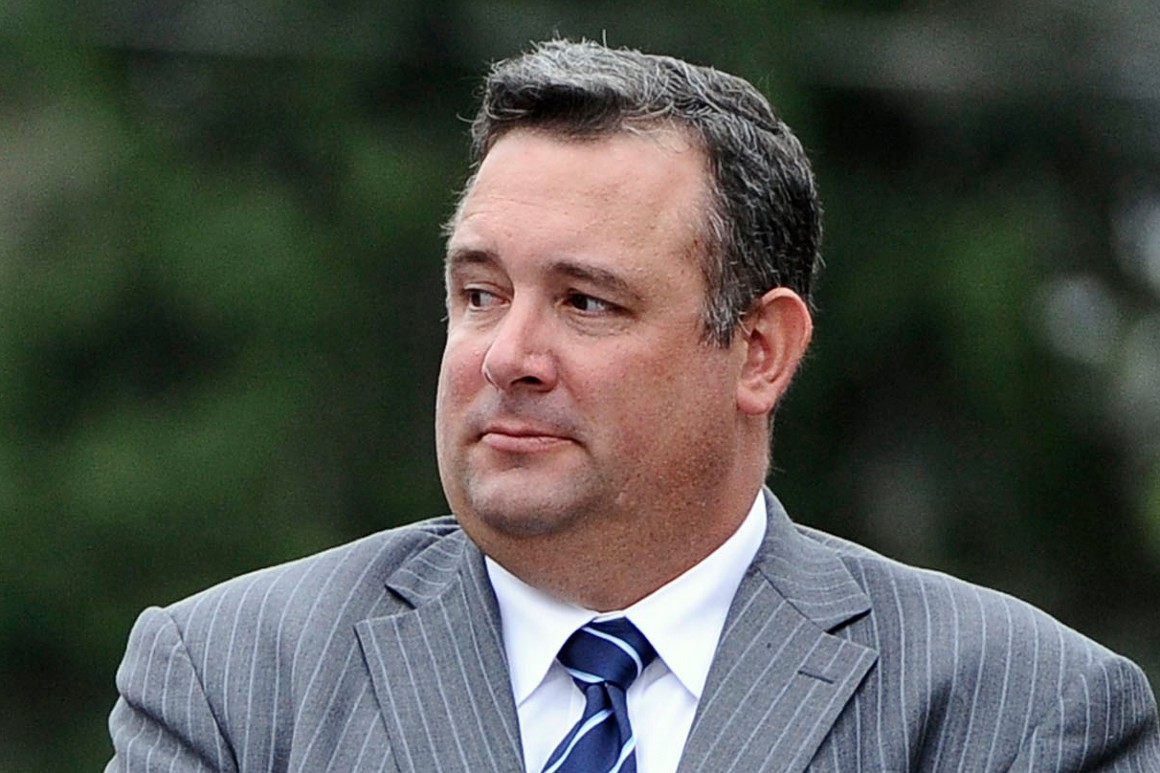 Bill Stepien, Justin Clark, and Nick Trainer are relaunching National Public Affairs, a political consulting shop that will aid the president as he decides which 2022 races to engage in, as well as bolster pro-Trump candidates and advise the party’s campaign committees.

Stepien and Clark initially formed National Public Affairs in 2019, when they were serving as consultants on Trump’s 2020 campaign. They stepped away from the firm in July, when Stepien was named campaign manager and Clark took on the No. 2 slot. Trainer, who oversaw the battleground states program, is being added to the firm as managing director.

Word of the venture comes as aides across the Trump orbit begin plotting their futures, with some eyeing TV or book deals and others seen as contenders for lucrative K Street jobs.

Trainer worked at the Republican National Committee during the 2016 election cycle and then joined the administration, where he worked under Stepien for two years.

The three are expected to play a role in an emerging political apparatus the president will have at his disposal once he leaves the White House. Trump has raised more than $200 million since Election Day, much of which is being directed to a newly formed political action committee that can be used to fund travel and provide financial support to favored candidates.

Trump is expected to be active in the 2022 midterms. With the president still wielding vast influence over the party, candidates aligned with him could flood into competitive races. Trump’s daughter-in-law, Lara Trump, is considering jumping into the open North Carolina Senate contest, for instance.

The president has also spoken publicly about supporting a primary challenge to Georgia Gov. Brian Kemp, whom he has accused of not doing enough to intervene in the state’s vote count. He also has flirted with backing opponents to Ohio Gov. Mike DeWine and Alaska Sen. Lisa Murkowski.

“Donald Trump has never been a shrinking violet and I don’t expect him to go quietly into the night. It’s hard to imagine him sitting on the sidelines in 2022 or 2024,” said Faith and Freedom Coalition Chair Ralph Reed, who has worked closely with Stepien and Clark.

“What is beyond dispute is the president goes into the post-presidency period with an unbelievable fundraising, digital, and field and political infrastructure,” Reed added.

It remains to be seen whether National Public Affairs gets involved in any effort to unseat Republicans the president is targeting. The firm is likely to be mostly focused on defeating Democrats.

The Trump aides have begun talking with potential clients and have fielded calls from prospective statewide candidates, including in Pennsylvania, where there will be competitive races for Senate and governor. The firm has signed on with former New Jersey GOP Chair Doug Steinhardt, a candidate in the state’s 2021 governor’s race. Stepien once oversaw former New Jersey Gov. Chris Christie’s political operation.

Stepien, Clark, and Trainer are regarded as loyalists within Trump’s political orbit. The three spearheaded the campaign’s delegate operation, which was designed to head off any chaos at the convention. They also worked to ensure that Trump backers were elected to state party chairmanships.

Texas Rep.-elect Ronny Jackson, the former White House physician, credited Stepien and Clark with turning around his 2020 congressional primary campaign. Jackson noted that Stepien was named campaign manager of the reelection effort the day after he won the House primary — a coincidence of timing Jackson said he joked to the Trump aides about.

“I said, ‘Look man, you guys did such a great job on my campaign the president’s going to have you run his campaign now,’” Jackson recalled.

The three have gradually stepped back from their day-to-day roles on the Trump campaign as it winds down. Stepien was paid through the end of November; Clark and Trainer received their last paychecks earlier this month. Clark has remained involved in closing the reelection organization.