“I think I bring an equilibrium to the conversation,” the South Carolina Republican senator said. 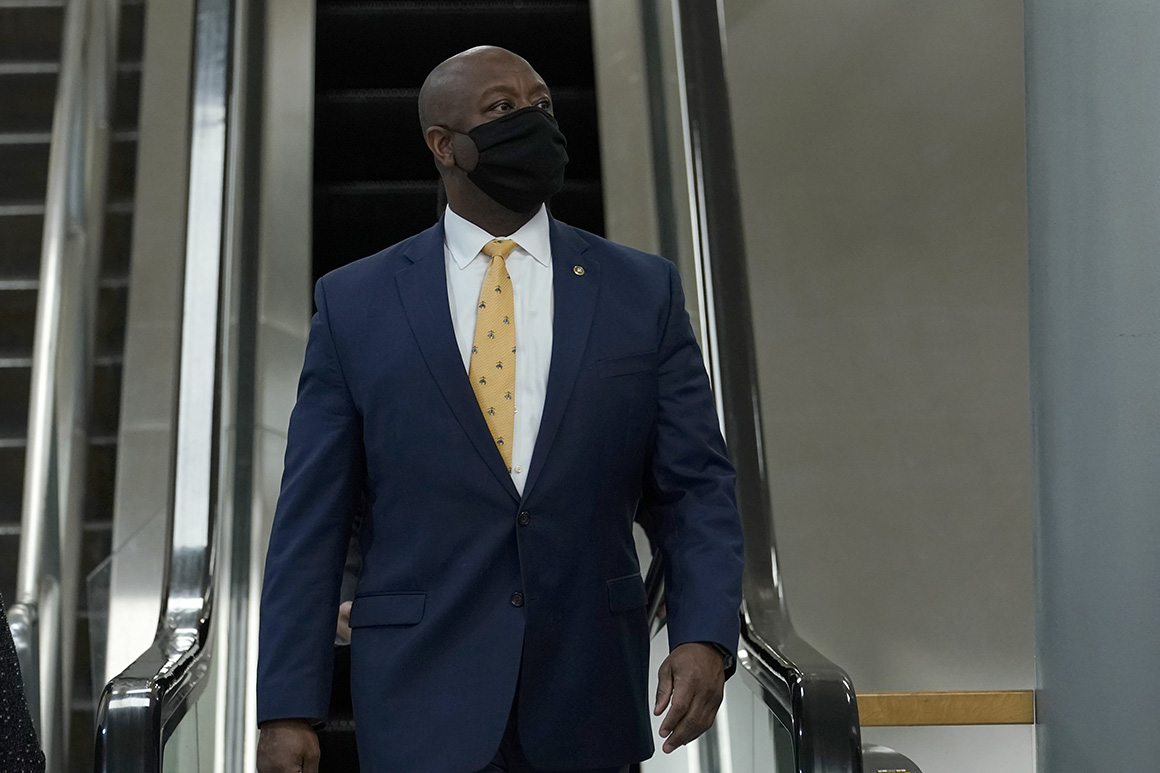 Sen. Tim Scott on Sunday had an optimistic tone about Washington’s progress on police reform discussions, emphasizing why he’s the right person to lead the charge on his side of the aisle.

“I personally understand the pain of being stopped 18 times driving while Black,” the South Carolina Republican said on CBS News’ “Face the Nation.” “I also have seen the beauty of when officers go door-to-door with me on Christmas morning to deliver presents to kids in the most underserved communities. So I think I bring an equilibrium to the conversation.”

Scott said the convictions of Michael Slager in 2015 and the recent conviction of Derek Chauvin for the murder of George Floyd are promising signs that the “bad apples” will be “punished.”

“But the real question is, how do we change the culture of policing? I think we do that by making the employer responsible for the actions of the employee," Scott said. "And if we do that in law enforcement, the employer will change the culture. So as opposed to having one officer change or not change, we'll have all officers transforming because the departments are taking on more of that burden.”

Scott said Floyd’s family members were receptive to his proposals when he met with them Thursday. And discussions have been more productive with Democrats because they are no longer looking for an issue, but a solution, he added.

“I think through negotiations and conversations, we are now closer on no-knock warrants and chokeholds,” Scott said. “And there's something called Section 10.33 that has to do with getting government equipment from the military for local police. I think we're making progress there, too.”

The senator also said a “significant number” of his Republican colleagues are willing to support his efforts to craft police reform legislation.

“I've been stopped several times in the last three years in the Capitol and on the streets throughout the country. So I'm not having a conversation about some theory or philosophy," Scott said. "I’m saying that there is a way for us to restore more confidence from communities of color and say to our officers, we want character-driven officers responding to crises in neighborhoods.”

Scott continued: “Significant numbers in my party have already said to me, we will go where you go on this issue as long as I can explain my position. And we're going to do that.”