The mixed messages risk sowing confusion across the country as the nation enters the second year of the pandemic. 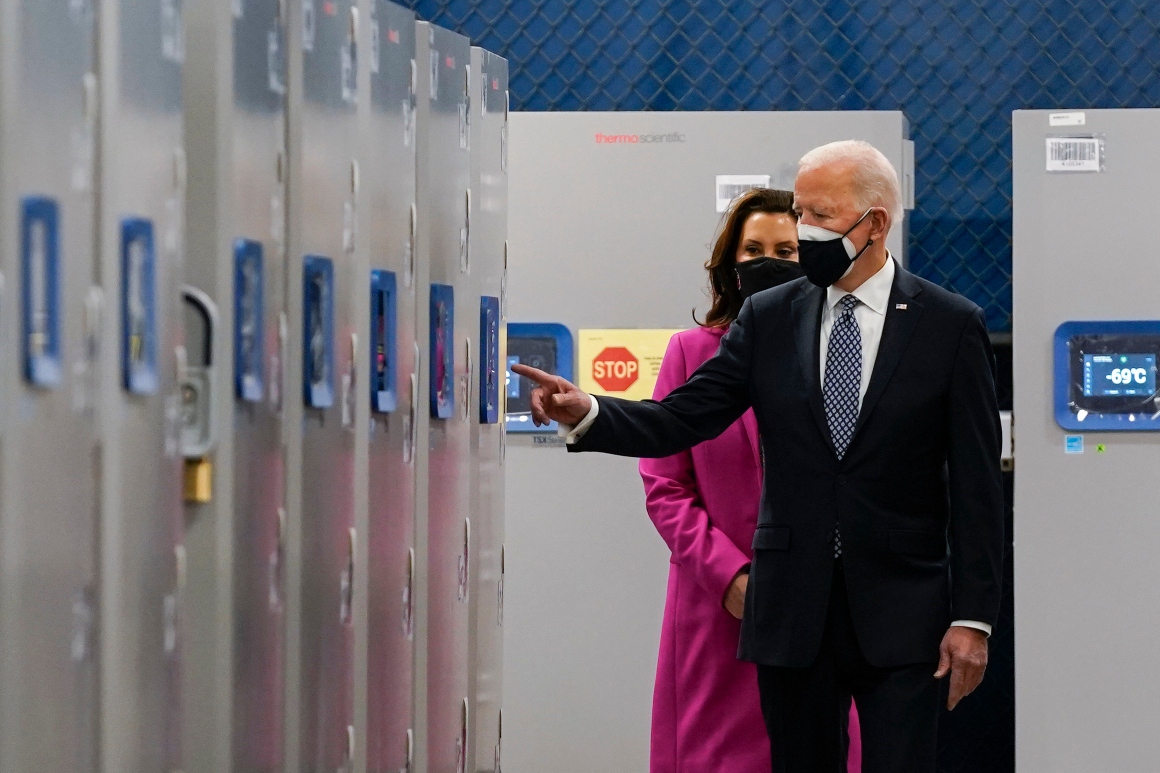 A week into his presidency, Joe Biden made the confident prediction that any American who wanted a Covid shot would be able to get one by spring.

By his fourth week, that timeline had slipped to mid-summer. But as the administration prepared to authorize a third coronavirus vaccine, and with a surge of doses on the horizon, Biden last week debuted a new target: widespread vaccine availability by April.

The mixed messages risk sowing confusion across the country as the nation enters the second year of the pandemic, testing the administration’s ability to overcome still-significant pockets of vaccine skepticism and make good on its pledge of large-scale immunization within Biden’s first 100 days in office.

“On this score, I think the communication has been very uneven,” said Ezekiel Emanuel, a bioethicist at the University of Pennsylvania who advised the Biden transition. “There’s been some uncertainty, and because there’s a wide variety of estimates here, you get people at different times taking either the optimistic view or the pessimistic view and going out with that.”

The messaging challenge is now set to play out as millions of doses of newly authorized Johnson & Johnson vaccine head to state health departments, pharmacies and community centers.

The White House has long viewed the J&J shot — which requires just a single dose and is easier to store — as critical to its Covid response, especially in vaccinating hard-to-reach communities. Yet the vaccine has been shown in trials to be less effective than those developed by Pfizer and Moderna, stoking fears that consumers will hold out for what they perceive to be the "best" shot.

That’s prompted a scramble to sell the public on its merits, with health officials making a concerted effort to promote the J&J vaccine in the coming days.

“All three vaccines are safe and highly effective at preventing what we care about most, and that’s very serious illness and death,” Marcella Nunez-Smith, head of the White House’s Covid-19 Health Equity Task Force, said on Monday.

Administration officials have also encouraged outside allies to play up the vaccine’s benefits, people familiar with discussions said, as an initial supply of 3.9 million doses is distributed across the U.S. this week.

And in a sign of the White House’s desire to get ahead of similar challenges down the line, one data table circulated among medical surrogates includes yet-to-be-authorized vaccines from AstraZeneca and Novavax among the list of vaccines where it emphasizes studies found “NO cases of hospitalizations.”

“We did not do a good job — and this was really before this administration — of explaining what these vaccines are, how well they work, what we know about them,” said Michael Osterholm, an infectious disease expert who served on Biden’s Covid-19 advisory board. “Our outreach and education really needs to target those areas where there’s concern.“

In a statement, an administration official echoed Biden’s repeated vows to “be straight with the American people” in its messaging around the pandemic response.

“We will continue to provide Americans with real time updates on the state of the pandemic, a timeline for when we will have enough vaccines for all Americans, how eligibility may expand with increasing vaccine supply — and be honest and transparent on unforeseen circumstances that may impact our timeline,” the official said.

Inside the Biden health department, officials are coordinating a federal ad blitz that can be activated as more vaccines become readily available. It's an effort that the administration has so far put on ice, in part over concerns it had too little supply to meet demand.

In the meantime, administration officials have also quietly begun reaching out to a range of community groups to lay the groundwork for a broader vaccination push in the coming months.

But the new, more insistent messaging comes as the administration tries to emphasize that the crisis is far from over.

Wary of overpromising, the White House has so far avoided laying out clear benchmarks on the path to herd immunity and the end of the pandemic — an aversion that’s contributed to its fluctuating vaccine timelines.

Biden’s February prediction of vaccines for every American by mid-summer was based on the government’s ability to secure commitments for more than 600 million doses by July 31. But it came just days after his chief medical adviser, Anthony Fauci, predicted “open season” on the shots by April — a forecast based on when an influx of vaccine will likely alleviate widespread shortages.

A growing consensus of outside health experts has long predicted there would be enough shots for broad swaths of the public as early as April, even as few in the administration were willing to acknowledge that likelihood.

When Biden aligned himself with Fauci last week, he did so in similarly vague language, saying he expected “very different scenario” come April or May.

“If we say July and it’s May, when it comes to May, people will forgive us,” Andy Slavitt, a senior adviser to Biden’s Covid response, said on a podcast last week about Biden’s earlier projection. “If people want to have a date in their mind, I’d rather have them have a date that feels like an outside date.”

That caginess has made it difficult to get a fix on what the administration believes the next several months may look like, and prompted frustration among some health experts who say the White House should set clearer expectations.

In February, eight of Biden’s Covid advisory board members urged the administration to lay out specific thresholds for how it’s judging progress against the pandemic.

Others have voiced worries that members of Biden's team are so focused on underpromising and overdelivering that it will ultimately undermine their credibility.

“It all comes out in drips and drabs and it’s not contextualized,” said Peter Hotez, a vaccine expert at the Baylor College of Medicine in Houston. “There’s this insistence on talking to the American people like they’re in fourth grade — like they can’t handle this information, they won’t be able to process it.”

It's a convenient way to strike a contrast from the overstatements of the Trump era, with Biden officials betting pandemic-fatigued Americans are chiefly concerned with results, and will reward the administration for its caution — especially if it then beats expectations.

It’s also a hedge against the kinds of setbacks that could still stall out the vaccination drive: delays at a major manufacturing plant, equipment shortages, or the sheer logistical challenge of translating the coming flood of vaccines into actual vaccinations.