“If you’re going to have this legislation bear George Floyd’s name, it has to be meaningful,” Ben Crump said on CNN. 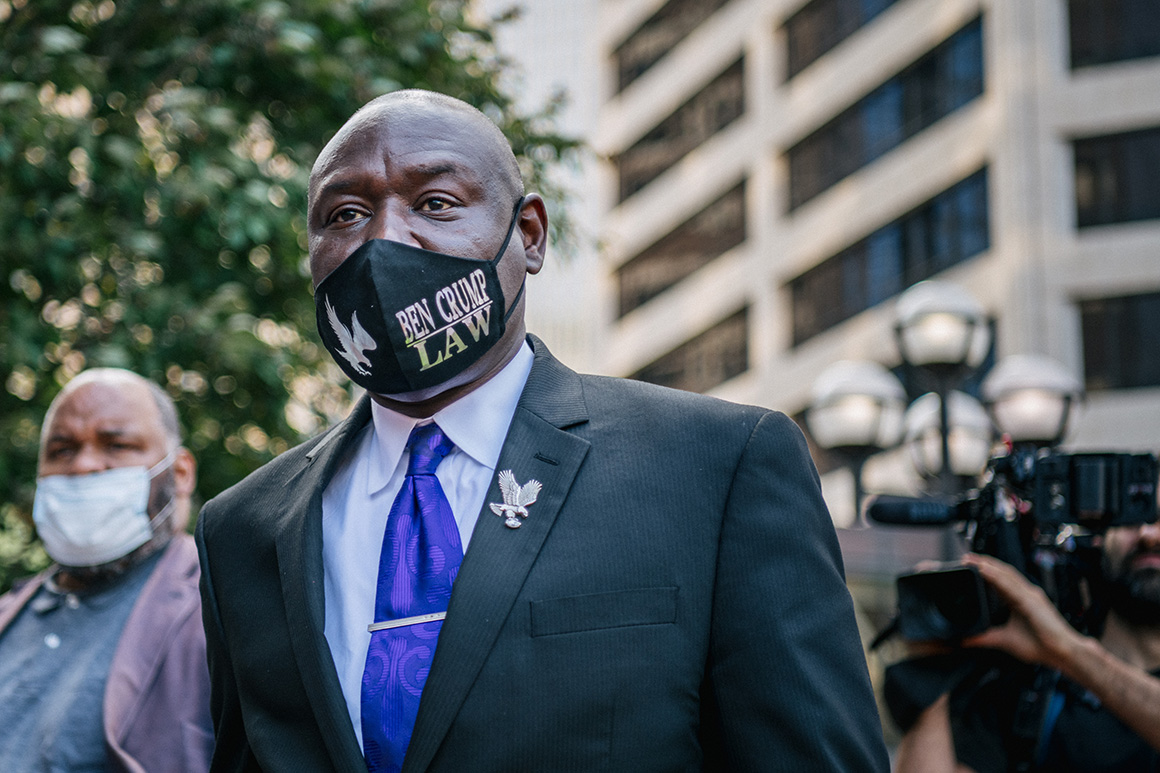 An attorney for the family of George Floyd said Tuesday that police reform bearing his name must be "meaningful," warning against any watering-down of federal legislation aimed at reducing injustices in law enforcement.

Tuesday marks the one-year anniversary of Floyd's murder by Minneapolis police officer Derek Chauvin, a killing that sparked nationwide protests, some of which turned violent, amid a broader reckoning with issues of racism and discriminatory policing. The anniversary has shed fresh light on congressional efforts to craft a bipartisan police reform bill and the policy divisions that must be bridged for lawmakers to strike a compromise.

“America is finally having this conversation about racial reckoning, but that's just talk if we don't act. Now is the time to act,” Ben Crump, the family’s attorney, said Tuesday morning on CNN. “Let's do it in the name of George Floyd and all the others that have been taken from us unjustly by the very people who are supposed to protect and serve us.”

Crump also pushed lawmakers not to squander an opening for sizable reforms by weakening legislation currently under negotiation on Capitol Hill in an effort to get it passed by an oft sclerotic Congress.

“If you’re going to have this legislation bear George Floyd’s name, it has to be meaningful because their blood is on this legislation,” Crump said, referring to Floyd and other Americans who have been killed by police.

A bipartisan group of lawmakers, including the sole Black Republican senator — Tim Scott of South Carolina — have been enmeshed in negotiations in recent weeks to effect changes in response to the deaths of Floyd and others. Those involved continue to express optimism that an agreement can be reached, though negotiators are all but certain to miss the one-year-anniversary deadline President Joe Biden had set for legislation to reach his desk.

House Majority Whip Jim Clyburn (D-S.C.), the highest ranking Black lawmaker, said earlier this month that he could be willing to forego an end to qualified immunity for law enforcement in order to secure broader police reforms. But House progressives, whose support is critical in their narrowly divided chamber, wrote in a letter this week to congressional leadership that removing qualified immunity remains a priority for them, stopping just short of a threat to withhold their votes if it remains intact in the Senate legislation.

Philonise said his sister called him at midnight on Tuesday to reflect on the start of the anniversary of Floyd’s death, a moment he said was “just devastating.”

Chauvin was convicted in April of several felony charges — including murder — for pinning his knee against Floyd’s neck for several minutes. Three other officers who were at the scene also face charges for their role in the fatal encounter.

READ:  'Unacceptable': Only 7 percent of vaccinated Florida residents are Black