The GOP hasn’t locked down even the lowest-hanging fruit on the House map, as Democrats could even expand their majority next month. 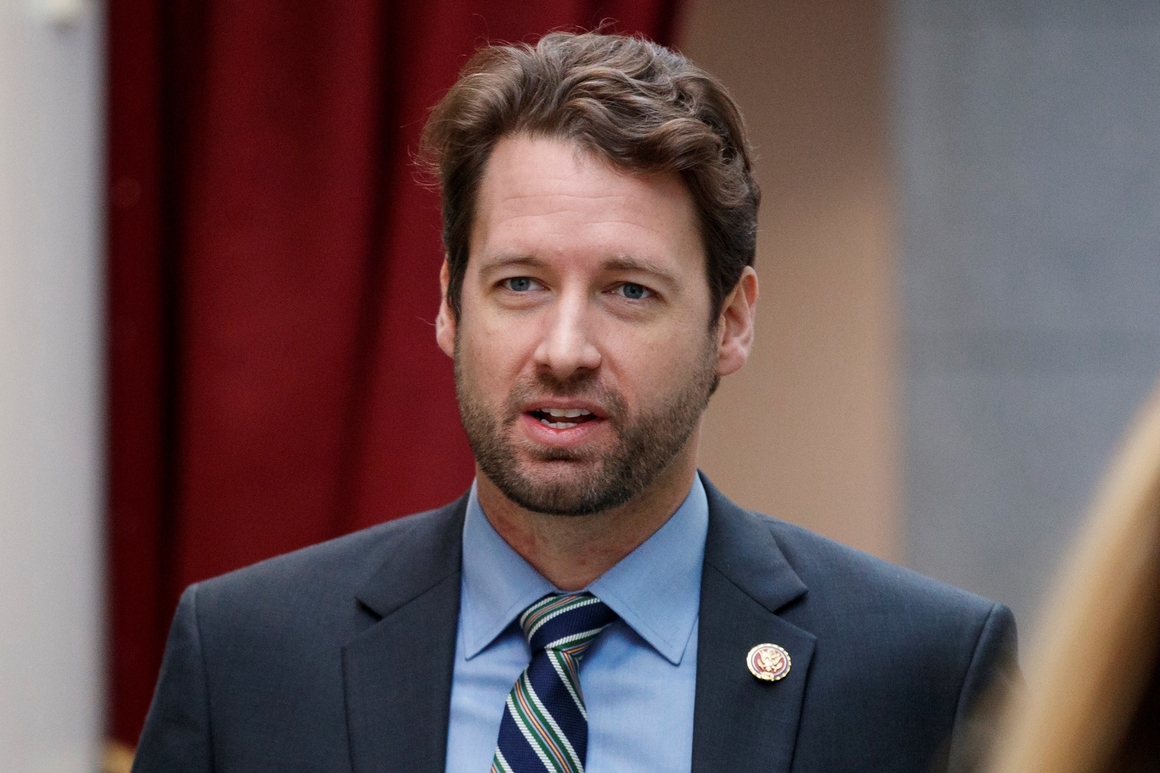 Here’s how grim things look for House Republicans three weeks out from the election: They’re struggling to win back seats even in conservative bastions like Oklahoma and South Carolina, where Democrats staged shocking upsets in 2018.

About a half-dozen seats fall in that category — the lowest of low-hanging fruit for Republicans. But most private and public surveys from both parties show either dead heats or the Democratic incumbent with a modest lead, a startling position for a crop of candidates running in Trump country. The seats were won in 2018 by Reps. Kendra Horn (D-Okla.), Joe Cunningham (D-S.C.), Max Rose (D-N.Y.), Xochitl Torres Small (D-N.M.), Anthony Brindisi (D-N.Y.), Ben McAdams (D-Utah) and Abigail Spanberger (D-Va.).

Their success stems from Democrats’ massive fundraising advantage as well as some Republican recruitment struggles. And in a few places, Trump has become so toxic that he’s dragging down GOP candidates where he was once overwhelmingly popular.

Privately, Republicans concede their chances of reclaiming Cunningham's coastal South Carolina district are dimming. He's leading Republican Nancy Mace by a staggering 13 points, 55 percent to 42 percent, according to an early October poll conducted by Greenberg Quinlan Rosner Research for the independent-expenditure arm of the Democratic Congressional Campaign Committee and shared with POLITICO. And he has even managed to outflank Mace on the right, warning she will raise taxes 23 percent on prescription drugs and groceries.

Trump won the seat by 13 points in 2016. But he is polling significantly lower now. "It’s definitely not the margin that he had last time against Hillary," Cunningham said.

Not only are Republicans struggling to pick off Cunningham — a sign they have little chance of reclaiming the majority — but a few Democrats even believe there’s a slim possibility they don’t lose any incumbents next month.

House GOP super PACs have reserved and spent millions into these seats, trying to keep pace with well-funded Democratic incumbents — in some cases, without much movement in the polls. Republicans' 2020 argument was that President Donald Trump would be a boon to their prospects in flipping the 30 Democratic-held districts he carried in 2016. In reality, they are seriously contesting perhaps a dozen of them, and Democrats could even expand their majority.

"One of the things we saw in 2018 was that Clinton’s win margin in 2016 was really more of the base for Democrats. It wasn’t indicative of how far Democrats could go," Sena said. "Simply looking at the Trump number really isn’t the correct margin or the best indicator."

Some Republican strategists believe their best chance to oust a freshman is in upstate New York, where Brindisi faces a rematch with former GOP Rep. Claudia Tenney. In a district that Trump carried by 16 points, Brindisi has tried to focus on local issues, including his work to secure contracts for a manufacturing company in the district and to crack down on Spectrum, the much-hated cable company in the region. 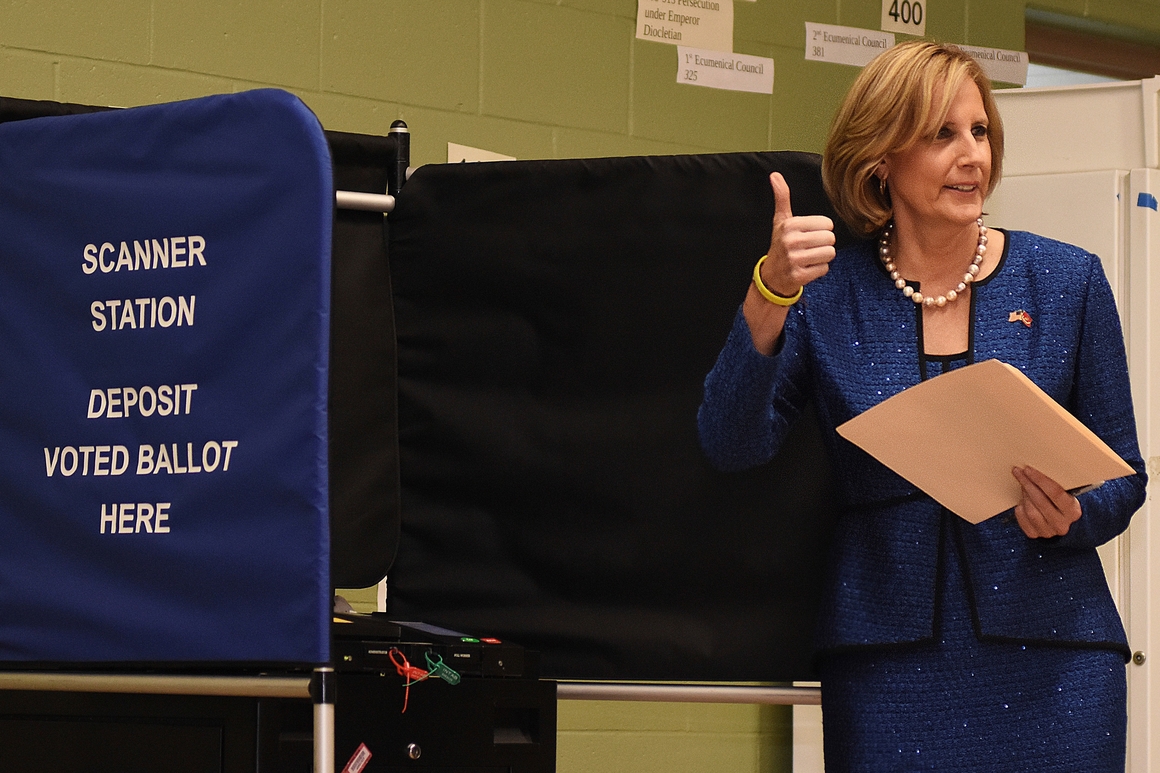 In an interview, Tenney railed against Brindisi as a faux-moderate with a record that doesn't match his centrist brand. But she conceded that she would be in a better position if she could match Brindisi's TV ad spending. He has so far reserved $1.6 million in ads to her $200,000, according to media buying data.

Outside groups on both sides are heavily invested in the race. The National Republican Congressional Committee and its ally, the Congressional Leadership Fund, have dropped a whopping $8.4 million on ads. They are attempting to push Tenney over the finish line, a strategy that underscores a benefit of Democrats' fundraising edge.

"People think I raised their cable rates, that I’m giving Spectrum a tax cut that gave them a $9 billion windfall," Tenney said in an interview. "Nobody’s fact-checking that in the media. We’re trying to get it out there with a fraction of the resources that he has. He’s running nonstop negative ads making me out to be a monster on every issue, that I’m against people with pre-existing conditions."

Candidates purchase ads at cheaper rates than super PACs and they can also drive their own messaging. Tenney, who voted in 2017 for the House GOP's replacement for the 2010 health care law, bemoaned the fact that she can't invest more in digital ads or put more positive spots on the air.

But like in the Brindisi-Tenney race, Torres Small is also facing a rematch against Yvette Herrell, the woman she beat in 2018 — and Democrats are hammering Herrell over the same ethics issues they litigated two years ago. And Herrell is also leaning heavily on outside help: Torres Small is outspending her opponent by a nearly five-to-one margin on TV ads.

Republicans' outlays against a handful of the most beatable Democrats have hampered their ability to craft a serious path back to the majority. Democrats have seized on their cash advantage to contest districts in deep-red territory, forcing the GOP to retrench and protect incumbents and open seats.

As of mid-October, national Republicans are playing more defense than offense, airing TV ads in 28 GOP-held districts compared to 25 Democratic-held ones, according to a POLITICO analysis of data from Advertising Analytics, a TV tracking firm.

“We’re able to flip the tables and focus on expanding the map. And I do think that that’s a shift,” said Abby Curran Horrell, the executive director of House Majority PAC, Democrats' main House super PAC. "They are tied down in districts that I think they expected that they would be able to win easily. But it is not that type of year."

Meanwhile, Democrats are feeling more optimistic about a Richmond, Va.-area seat held by Spanberger. Republicans have trotted out a failed 2018 attack slamming the congresswoman for teaching at a Saudi-funded school in Virginia, dubbing it “Terror High.” And in Utah, GOP operatives privately concede that Democratic ads bashing their nominee, Burgess Owens, over bankruptcy and debt are helping McAdams. 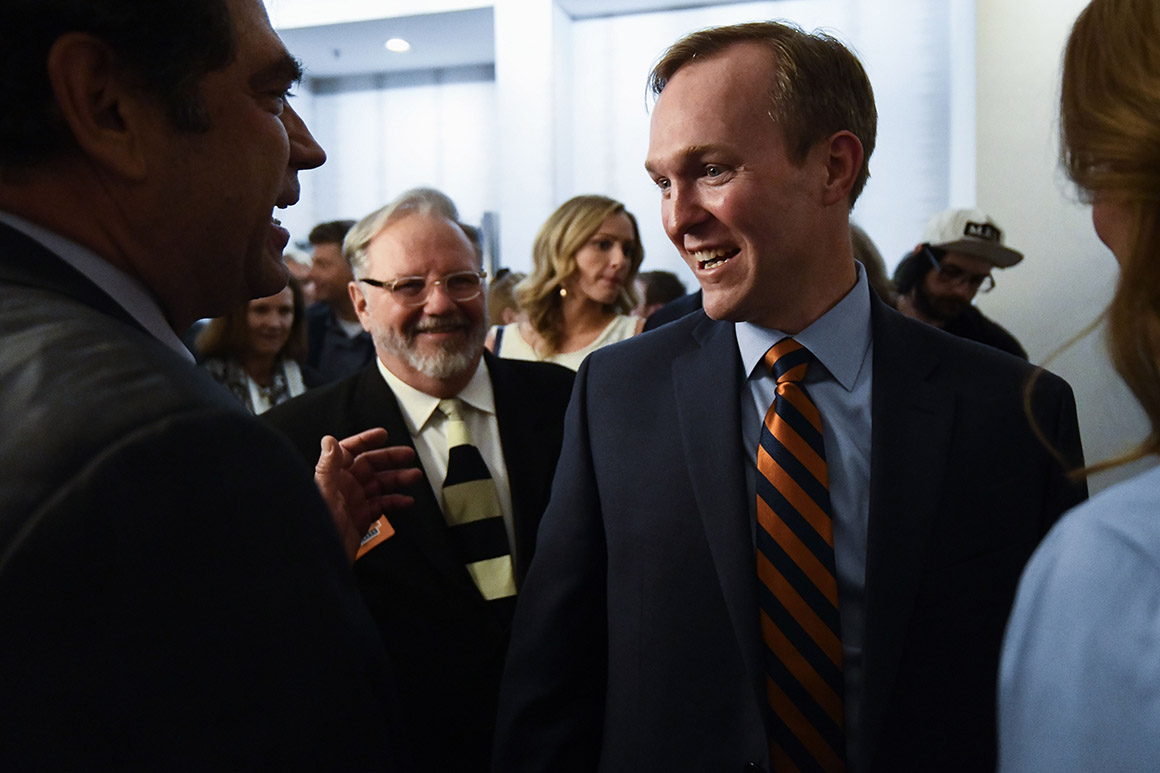 One bright spot for the GOP lies in Western Minnesota, where longtime Democratic Rep. Collin Peterson, facing massive headwinds, has slipped in some private polling. The GOP recruit, former Lt. Gov. Michelle Fischbach, is well-funded and plans to ride Trump's coattails in a seat he won by 31 points.

In the closing weeks, national Republicans have begun to hone in on crime, warning in countless ads that Democrats plan to "defund the police." And they are most optimistic about this line of attack in the Staten Island-based district with a heavy law-enforcement presence, where Rose is locked in a tight race with state Assemblymember Nicole Malliotakis.

In most well-educated suburban districts, Trump is proving just as burdensome as he was in the 2018 midterms. In Oklahoma's 5th District, Horn shocked the political world by upsetting an unprepared incumbent. Trump won the seat by 13 points, but some private polling now indicates a tight presidential contest there.

It's still a top pickup opportunity for Republicans. But they don't have a clear lead yet, despite millions in outside spending and a more compelling and well-funded nominee in state Sen. Stephanie Bice.

"If we don’t win Congressional District 5, there’s probably a lot of other places we don’t win," said Chad Alexander, a former Oklahoma state GOP chair. "So that would be a very bad night for Republicans."