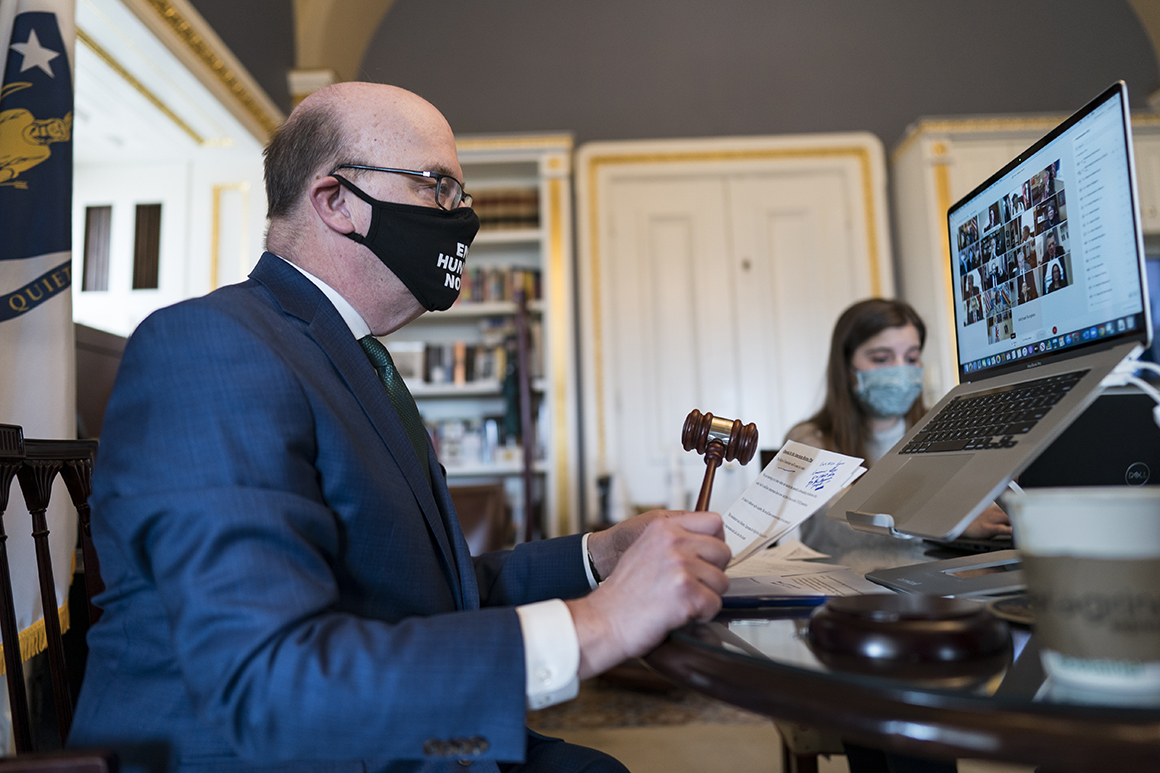 House GOP leaders are running trips to the border. Regular fundraising dinners are back at the Capitol Hill Club and the Capital Grille. And the House GOP Conference is hosting its annual retreat in Florida next month.

After 12 long months in a mostly deserted Capitol, a sense of normalcy is returning much more quickly in GOP offices than Democratic ones as lawmakers and staffers embrace the post-Covid vaccine life — or choose to flout health guidance altogether. All the while, the coronavirus remains active and less than 15 percent of Americans are fully vaccinated against it.

Although official public health precautions remain in place, there’s a growing sense of impatience among House Republicans to revert back to a pre-pandemic congressional experience, even as dozens of lawmakers refuse to be vaccinated. While Democrats still refuse to gather in person — holding caucus meetings via conference call and conducting hearings virtually — House Republicans have been meeting weekly in person in the Capitol for weeks now.

“We should be leading by example, showing how to return back to normal,” said Rep. Warren Davidson (R-Ohio), who emerged maskless from a GOP conference meeting. “Congress put themselves at the front of the line for vaccines. Every member of Congress that wanted a vaccine got it. We’ve designated key members of our staff that can get it. And tons of people have the antibodies and immunity from having had the virus.”

But Democrats said it's far from time to relax the rules they say have prevented a massive outbreak in the sprawling Capitol, such as strict mask requirements, virtual events and remote voting. They also argued that routine operations could resume more quickly if more Republicans get vaccinated, noting that only one in four House lawmakers have been immunized from the coronavirus so far, according to a list maintained by the Capitol physician’s office.

“Look, I want to get back to meeting in person. I’m Zoomed out,” said House Rules Chair Jim McGovern (D-Mass.). “The worst thing that can happen here, whether it’s on Capitol Hill or whether it’s in our communities, is to move quickly and ignore the science, and then end up having to go backwards.” 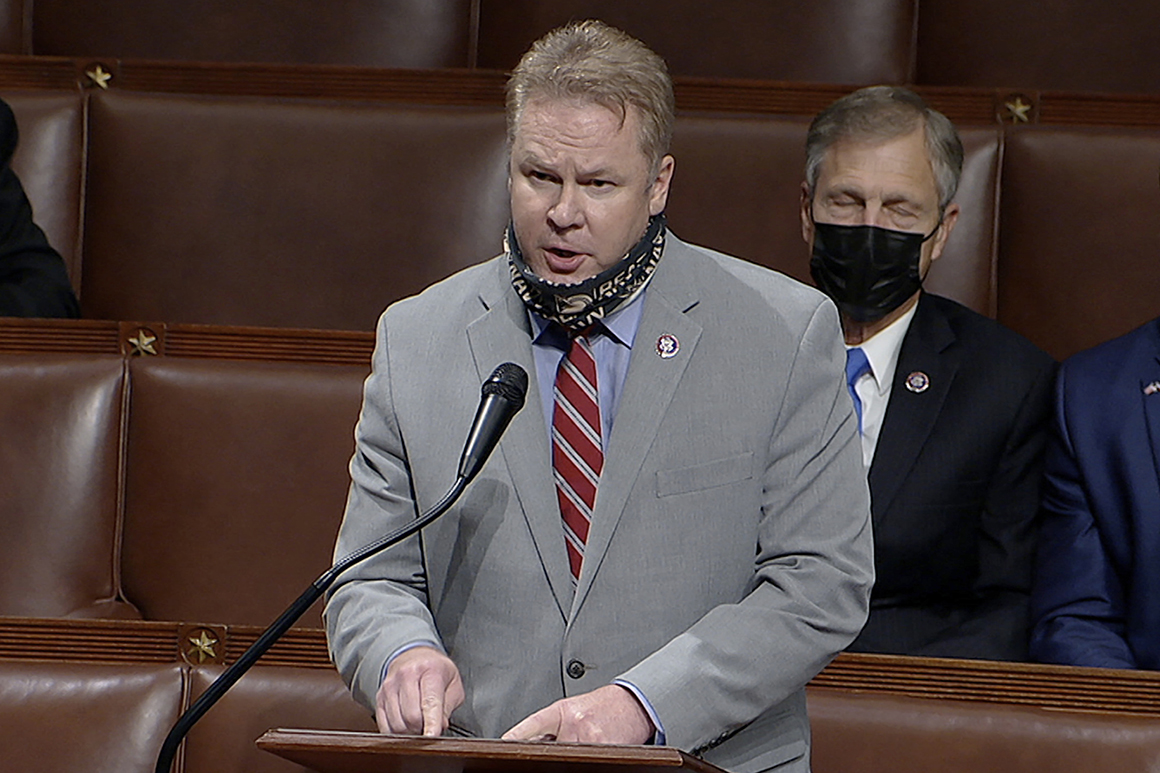 Of the dozens of members still refusing vaccines, McGovern said, “Jesus Christ, what are you waiting for? I mean, really? What are you trying to prove?”

The House's struggle to resume its previous rhythms mirrors the nationwide debate over how to reopen the country after this winter’s long-awaited vaccination campaign without reversing months of progress. And it’s also further fueling tensions in the chamber, where relationships between the parties have deteriorated since the deadly Jan. 6 riot.

Still, the House is showing some signs of slowly creaking back to pre-pandemic life. Around the Capitol, groups of members and staff, mostly Republicans, have resumed some in-person activities, such as fundraisers, interviews and committee work. After the CDC’s recent guidance that allowed vaccinated people to get together in small groups, social gatherings are coming back to life too, including an impromptu pizza party among a group of House Democrats outside the Capitol.

For months, only members and a limited number of staffers — just two per House office — had access to the vaccine. This week, the Capitol physician announced that thousands more doses would be available for aides, clogging the phone lines all day Wednesday as many waited 45 minutes or longer to schedule appointments.

There is one aspect of their daily lives that many lawmakers from both parties are eager to change: the process for floor votes. For a year now, the House has held its votes for 45 minutes to ensure members can safely vote in groups, though that timing tends to stretch even longer, making long vote series especially grueling.

Several top Democrats and aides say Speaker Nancy Pelosi and Hoyer are aiming to pick up the pace on votes when lawmakers return from their April recess, which would significantly increase the speed of legislative business on the floor. But such a change would likely require more lawmakers to get vaccinated first.

“I think we all agree that we want to get back to normalcy, and we'll get there as soon as we can safely,” Hoyer said.

Republicans have pressured Democratic leaders both publicly and privately over the issue. Hoyer and House Minority Whip Steve Scalise got into a back-and-forth on the floor last week over the pandemic procedures, while House Minority Leader Kevin McCarthy sent a letter to Pelosi demanding answers about when she plans to resume normal operations.

Specifically, McCarthy wants to know when proxy voting will end, when visitors will be permitted to tour the Capitol again and whether face mask requirements will be relaxed, among other questions.

“We now have this institution being destroyed,” McCarthy told reporters this week. “It’s essential that Congress shows the way with the rest of the nation.” 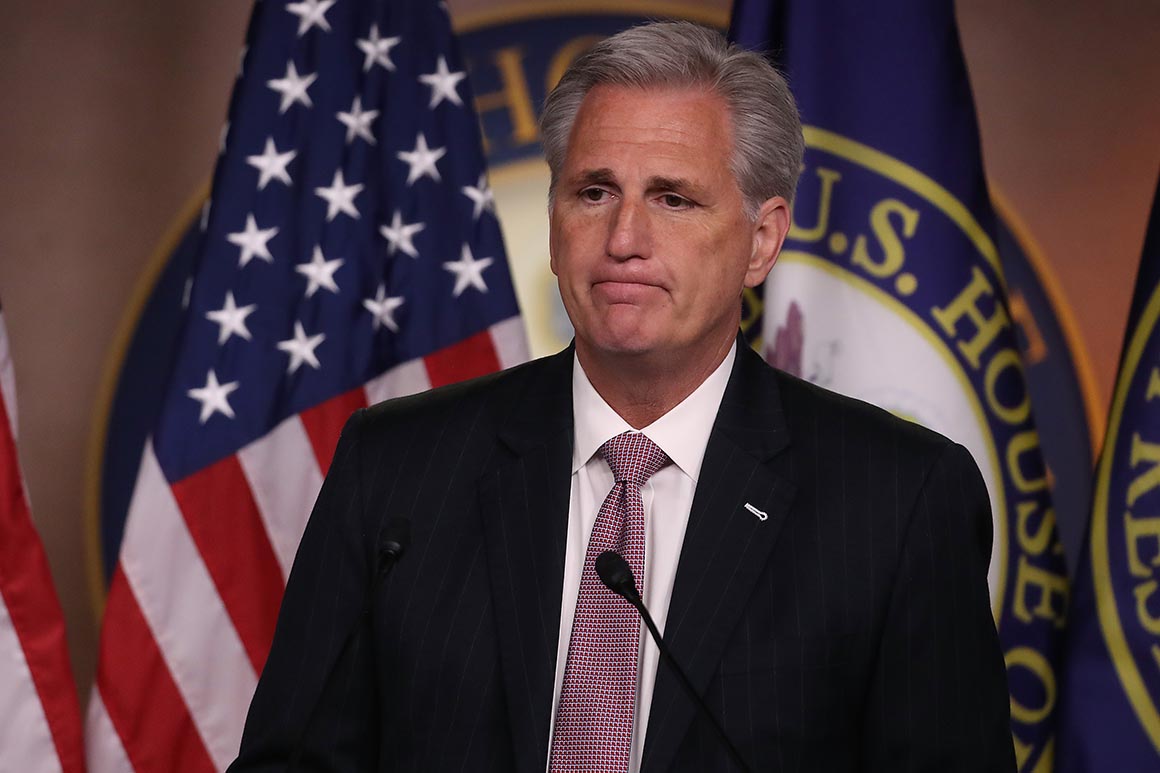 Republicans are especially frustrated over Democrats’ proxy voting system, which they argue is unconstitutional — though an increasing number of GOP lawmakers have started using it themselves.

Hoyer has suggested that the remote voting mechanism may remain in some form after the pandemic ends for other types of emergencies. GOP lawmakers are also miffed that the House floor schedule has changed frequently during the pandemic, upending their personal lives, district events and fundraisers. Democrats counter that they, too, dealt with that reality when they were in the minority.

McCarthy this week contrasted the House with the Senate, where public health protocols are far more lax despite senators being older on average than their cross-Capitol counterparts. While most senators choose to wear face coverings on the job, there are no rules requiring them to do so.

“I’m not sure what those chambers have different than ours,” McCarthy said. “Those people actually sit in desks.”

Of course, the Senate has one-quarter the size of the House’s membership. That makes distanced daily votes a far less complicated ordeal than trying to shepherd 435 members to the floor several times per day within a short window, Pelosi has noted.

The House has instituted strict mask rules, including when speaking on the floor, and has imposed fines on members who don’t comply. (Two members, GOP Reps. Louis Gohmert of Texas and Andrew Clyde of Georgia, have appealed the fines.) In a form of protest, Rep. Thomas Massie (R-Ky.) snapped a selfie earlier this year wearing a mask that read: “I’m just wearing this so I don’t get fined.”

But masks may be one of the last vestiges of the pandemic era to leave the Capitol. “We want to continue to wear masks,” Hoyer said. “We believe that the medical experts are telling us: Continue to wear your masks.”

The GOP’s increasingly public chafing at the House’s coronavirus restrictions is the latest bitter culture war that’s emerged at the Capitol, where members are still grappling with lingering hard feelings after the Jan. 6 insurrection. Many Democrats say they’ve largely been able to avoid interaction with the dozens of GOP members who voted against certifying President Joe Biden’s victory just hours after the mob stormed the Capitol — but that may not last much longer.

“I guess the only bad thing about getting back to normal is that I might need to be in an elevator with them,” McGovern said of the anti-certification Republicans. “I’m willing to deal with that.”