Scott Stringer is looking for redemption.
The embattled New York City mayoral candidate headed to churches in Brooklyn on Sunday, vowing to press forward with his campaign after losing most of his high-profile supporters over allegations of sexual mi… 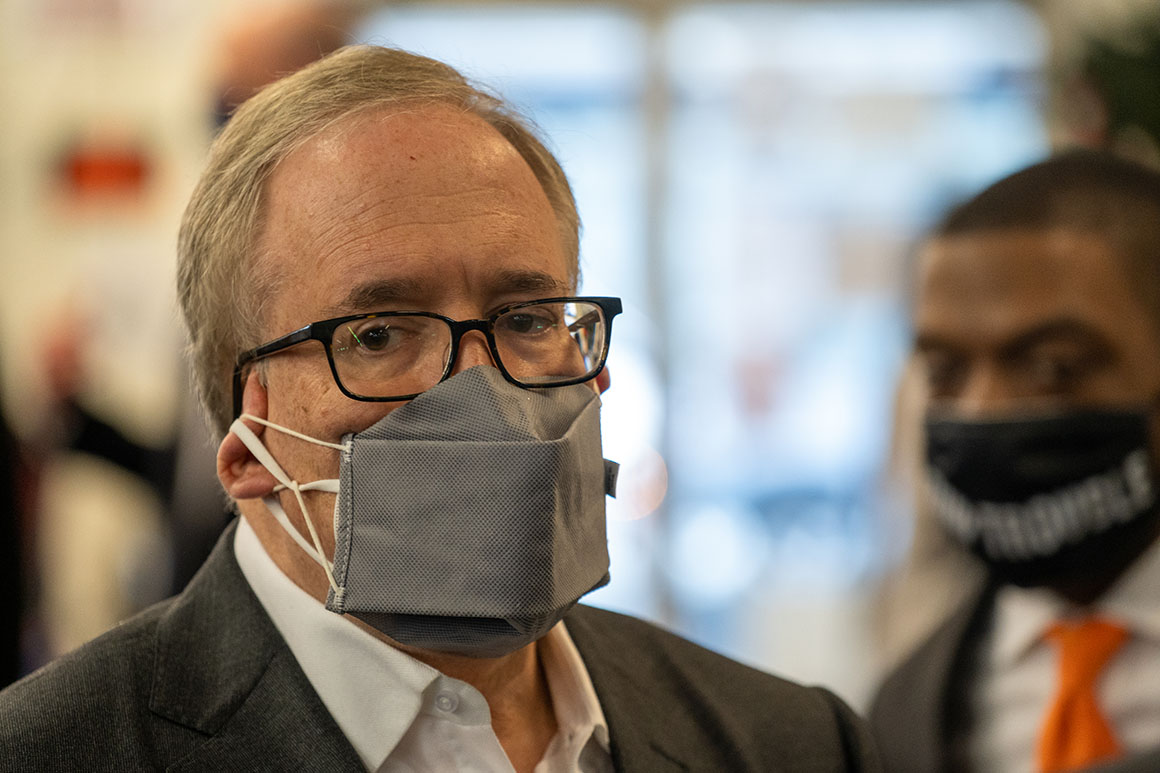 Scott Stringer is looking for redemption.

The embattled New York City mayoral candidate headed to churches in Brooklyn on Sunday, vowing to press forward with his campaign after losing most of his high-profile supporters over allegations of sexual misconduct.

“In the midst of a crisis, when you feel you’re being knocked down, you come to the church. I’ve had some knock-down this week myself. But what’s really important is how you get up and solve the problem,” Stringer said at Evening Star Baptist Church in Bedford-Stuyvesant.

A former campaign volunteer, Jean Kim, has accused Stringer of groping and kissing her when he was running for New York City public advocate 20 years ago. He denies the allegations.

Stringer made brief, indirect references to his troubles in his remarks at three Brooklyn churches but otherwise stuck to his normal stump speech, vowing to prioritize equality in the city’s comeback from Covid-19. He plans to maintain a regular, full campaign schedule in the coming days in hopes of weathering the controversy, according to his campaign.

“You lose some old friends, you’ve got to make new friends,” Stringer told reporters on Sunday. “So I’m out campaigning and running for mayor.” When asked who those new friends would be, he said, “We’ll see on Election Day.” The primary is scheduled for June 22.

Though Stringer scrambled unsuccessfully to keep his supporters on board, he publicly brushed off their decisions to yank their endorsements.

“I made my statements. People have to make decisions,” he said. “Now I have to go out and campaign. I have to be on television. I have to be out on the streets. I have a very big schedule, and we’re doing what we can. But I’m very optimistic. I fully expect to be the next mayor of New York.”

Stringer says he had an on-and-off, consensual relationship with Kim two decades ago and has strenuously denied her account, which includes accusations he put his hands down her pants, touched her thighs during taxi rides, and asked “Why won’t you f--- me?”

He repeated his denials in an interview that aired on WABC’s "Up Close with Bill Ritter" on Sunday.

He said he believes that two important endorsers, Rep. Jerry Nadler (D-N.Y.) and the United Federation of Teachers, plan to stick with him.

The UFT said there's been no change in its endorsement. Nadler did not immediately respond to a request for comment.

Stringer vowed not to drop out of the race as several of his opponents have urged him to do.

“Stay tuned. Tell everyone to save me a seat on the debate stage. I can’t wait for that,” he said.

As Stringer shed support, other mayoral candidates picked up endorsements on Sunday.