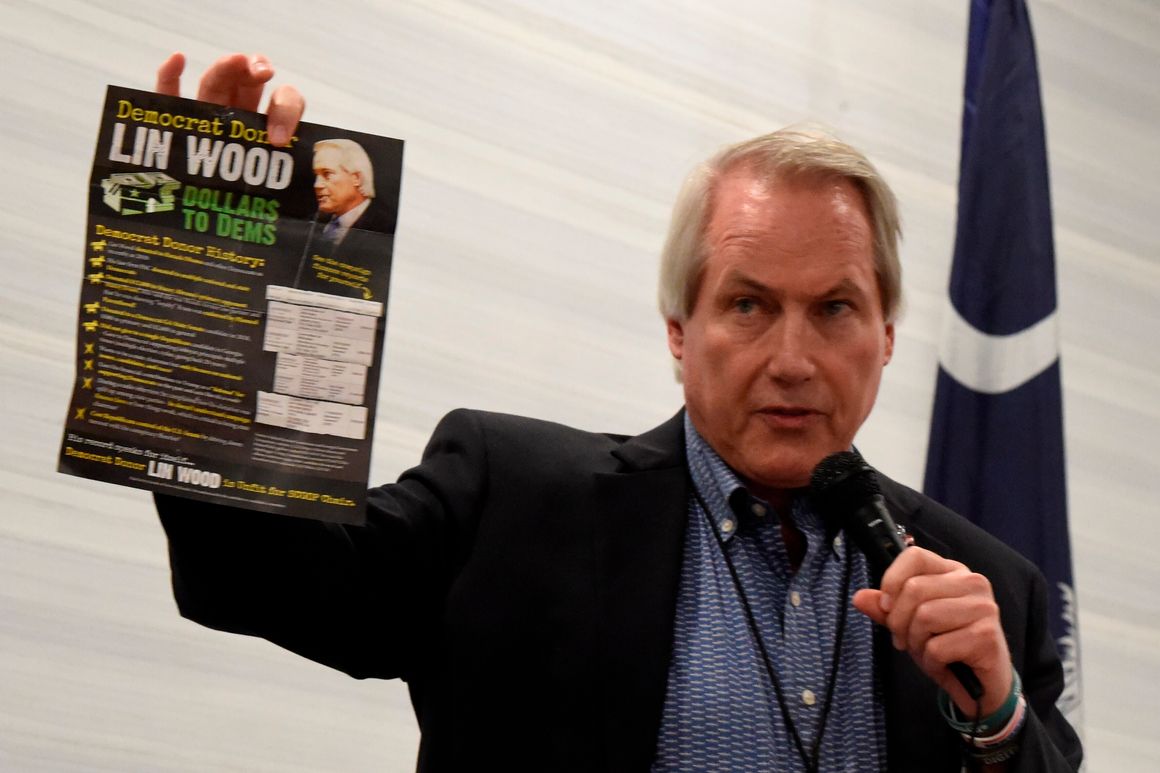 To get an idea of how deeply the myth of a stolen election has taken root within the GOP, one need only look to South Carolina.

In a key early voting state that plays an outsized role in presidential primaries, the contest to lead the state party presents a choice between an incumbent chair who qualifies his answer when asked if Joe Biden is a legitimately elected president and a challenger who insists Trump won in a landslide.

The current GOP chair, Drew McKissick, is widely expected to win reelection Saturday against Lin Wood, one of the nation’s top defamation attorneys who transformed himself into a leading disseminator of Trump-related conspiracy theories. Insiders say McKissick’s internal support is too strong to overcome, that the vagaries of party rules favor him and that Wood started his campaign too late to win.

But Wood — who only moved to South Carolina from Georgia this year — is drawing unusually large crowds as he campaigns on the baseless claim that the election was stolen from Trump, and that GOP officials need to keep fighting to prove it. It’s a belief that runs deep among the party base, a reality brought into sharp focus this week when House Republicans removed Wyoming Rep. Liz Cheney from her leadership post because she said Trump and his followers were lying about a stolen election.

Against that backdrop, Wood has sought to condemn McKissick for conceding that Biden is the president.

“Vote for McKissick if you have conceded the election,” Wood wrote Thursday to his 848,000 subscribers on the Telegram social media app, where he showed a video clip of McKissick acknowledging the reality of the Electoral College results.

“Unlike McKissick, President Trump has never conceded the election. Neither have I,” Wood wrote. “I plan to keep fighting to expose the TRUTH: Donald J. Trump won a landslide election and is our President. I pray the SCGOP delegates will choose wisely.”

The contest is roiling one of the best-organized Republican parties in the nation and one of the most important — South Carolina hosts the first presidential primary in the South.

Wood has reached well beyond Trump’s disproved claims that the election was stolen from the former president. He is fostering wild conspiracy theories positing that Biden is actually dead — replaced by body doubles — and that Trump is still president and planning to reveal himself in a phoenix-like fashion to punish his enemies. 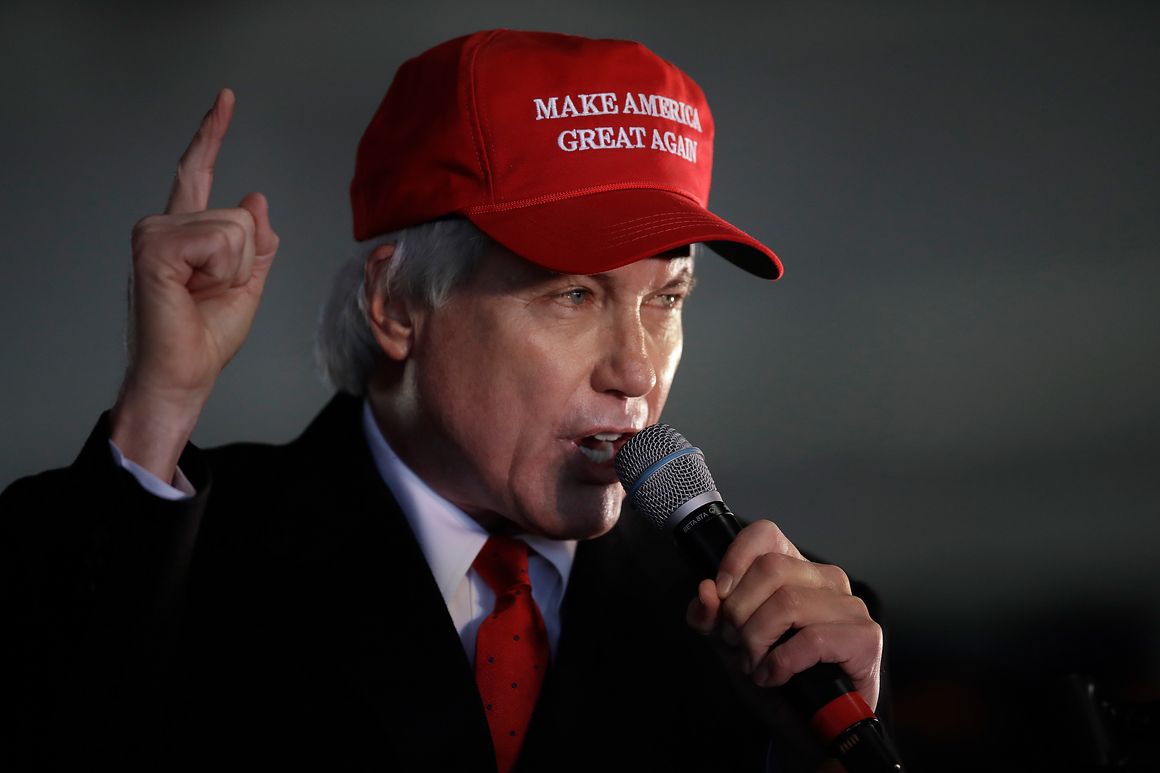 And like Trump, Wood is already accusing McKissick of election fraud — without any evidence — even before the first ballots are cast Saturday.

“This has just made the internal cancer worse,” said Joel Sawyer, former executive director of the South Carolina GOP.

“What’s going to happen Saturday is that McKissick is going to win, and Lin Wood is going to say it was fraud and scream and holler conspiracy theories,” Sawyer said. “The problem in South Carolina is many of the people at the county level, the delegate level, have been echoing the former president’s fact-free claims of election fraud, but those very people are now going to have to turn around and defend the legitimacy of this election. But they don’t have a lot of moral authority to dispute fact-free claims of election fraud.”

McKissick supporters have distributed flyers mentioning all of the Democrats Wood financially supported in the past, and disseminated videos on social media about the many controversies swirling around the attorney, ranging from being sued by former coworkers to promulgating QAnon to being investigated for potential voter fraud in Georgia.

McKissick’s devotion to Trump is hardly in doubt: He canceled the 2020 GOP primary in the state, depriving former Republican Gov. Mark Sanford — who sought to challenge Trump — of an opportunity to have his message heard. McKissick also presided over big successes for the party in the 2020 elections.

But Wood, who was involved in many of the failed lawsuits to overturn the November election results, contends McKissick was insufficiently supportive of Trump and the “Stop the Steal” movement after the election.

On Friday, Trump issued an endorsement of McKissick, the second time the former president has publicly backed the chair since Wood entered the race, and the third time in total. Yet Wood has consistently tried to cast doubt on whether McKissick was really endorsed by Trump.

Two days earlier, at a “Pints & Politics” forum hosted by the Post and Courier newspaper, McKissick performed a delicate balancing act when asked if Biden was the legitimate president.

READ:  Opinion | No, They Shouldn’t Cancel the Debates

Those arguments, however, have fallen flat with the wing of the party that is QAnon-infused and deeply enthralled with Trump. The result is a race that stands out even by South Carolina’s sharp-elbowed standards.

Wood has gone so far as to make dark insinuations that McKissick isn’t doing enough to stop “the real pandemic” of pedophilia, and suggested he needs to resign over unspecified “nefarious activities” with GOP Sen. Lindsey Graham. Wood has also called the coronavirus pandemic a “plandemic,” suggesting it was part of an organized plot.

“The GOP races, and especially the chair races, in South Carolina have always been circuses,” said Luke Byars, a former party executive director. “But this is a first for a lot of us who have been around for a lot of crazy talk in the party. I don’t think anyone has come to this level.”

Byars and other party insiders say that Wood is harnessing the roughly 25 percent of the party and delegates who seem to want a change after every election and often gravitate toward any challenger pledging to be more conservative than the establishment — even though the South Carolina establishment is among the most conservative in the nation.

The state party convention will be different this year due to the coronavirus. It will still be held in the capital city of Columbia, but Covid protocols and distancing rules made it too difficult to secure a large enough indoor venue to host all 870 delegates who will cast the votes to elect the next chair, according to party officials.

The result is that delegate votes will be cast on hand-marked paper ballots and will occur in satellite meetings in individual counties or in regional meetings. The election results will then be transmitted to party headquarters. The process will be livestreamed. 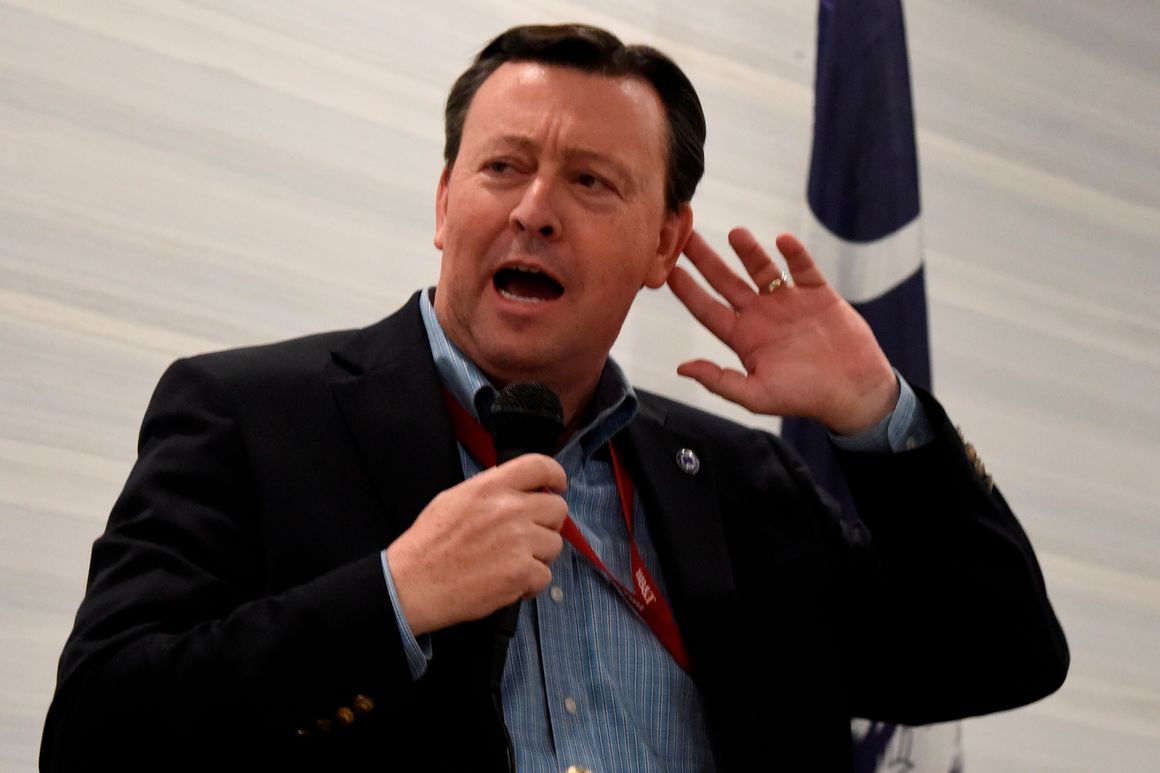 Wood has already raised concerns about the process. McKissick allies privately acknowledge it will probably benefit the incumbent because Wood’s strength is public speaking and riling up a crowd. Satellite meetings remove all the excitement and fireworks that might work to Wood’s advantage.

“Having a convention is like smoking a cigarette in a barn full of hay,” said one McKissick ally, quoting former Mississippi Gov. Haley Barbour, describing how passions can suddenly catch fire in a giant room crowded with political activists.

“It’s an inside baseball game, and Drew has been playing ball inside the GOP for some time,” said Sanford, the former governor.

As for Wood’s candidacy and the conspiracy theories he is spreading in pursuit of the chair position, Sanford said that it’s “a reminder of the fact that Trumpism, sadly, isn’t dead. We’re going to have these conversations for a long time.”

GOP strategist Wes Donehue said he thought “Wood’s candidacy is an immediate nothing-burger, but in the long term, everyone better pay attention. The base is pissed and questioning anyone and everyone who has been around for more than a couple years.”

One top ally of McKissick expressed a similar concern, saying “there’s always been passion in our party and very conservative members. But it’s like some people lost their minds, and we’re worried it’s contagious.”

Former state GOP Chair Katon Dawson, who has seen his share of intraparty knife fights, said he’s not concerned about Wood’s bid. He said Wood can’t win because he’s too new to the state.

Dawson said he’s more worried about Trump not announcing his presidential election plans until it’s too late in the 2024 cycle for others to organize effectively. If Trump decides not to run, but doesn’t communicate that early enough, it could make it harder for other Republicans to build solid campaigns in the state and beyond, Dawson said.

But Sawyer, the former executive director of the party, said party leaders need to pay attention to the conspiracy theories promulgated by Wood — and Trump — or the GOP could lose another presidential election.

“The Republican Party is going to have to decide where the bottom is in all of these conspiracy theories,” he said.