Her win is the culmination of a fast-paced effort by GOP leaders to remove Rep. Liz Cheney (R-Wyo.), the party’s highest-ranking woman and frequent Donald Trump critic. 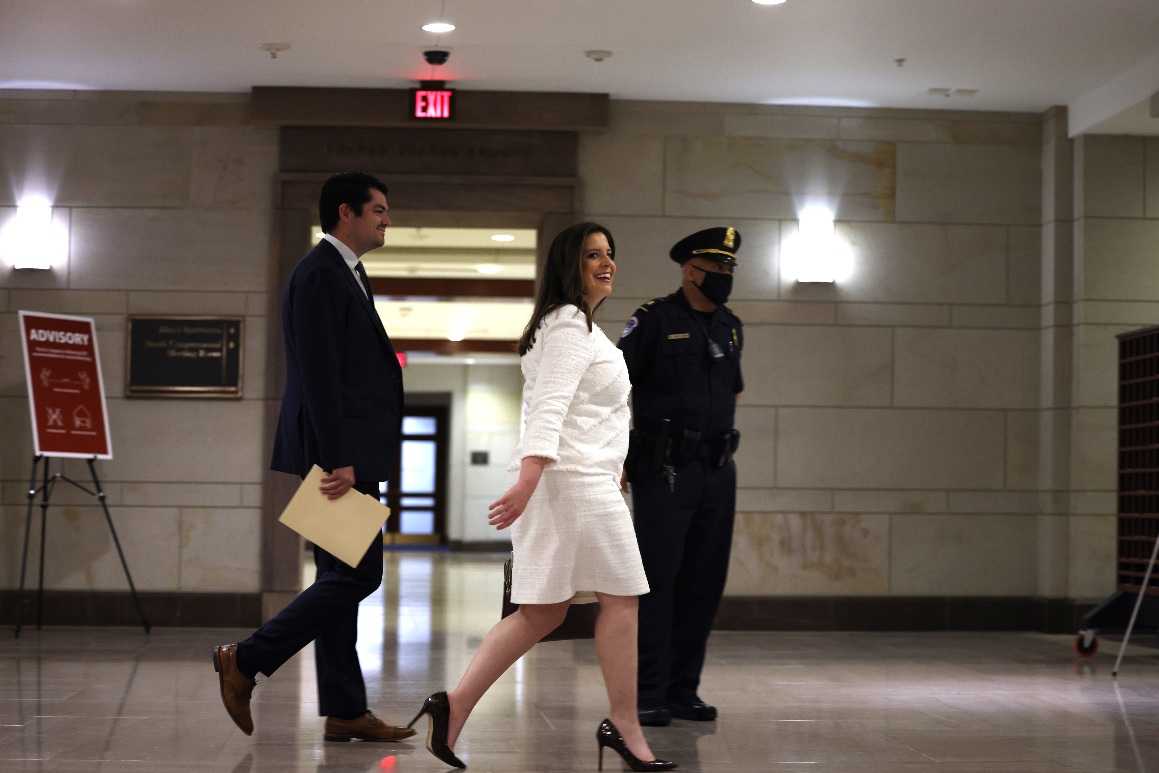 Elise Stefanik cruised to victory in a Friday vote to replace Liz Cheney as House Republicans' third-ranked leader, an unsurprising outcome after the New Yorker's aggressive campaign for the spot.

Stefanik won in a 134-46 secret-ballot vote, defeating her sole challenger Rep. Chip Roy of Texas. Roy, a member of the House Freedom Caucus, which includes most of the chamber's most conservative members, was easily defeated.

Her win is the culmination of a fast-paced effort by GOP leaders to remove Cheney (R-Wyo.), the party's top woman leader and frequent Donald Trump critic, from the conference chairmanship and install Stefanik in her place. The 36-year-old New Yorker, known as a moderate turned Trump ally who's used her fundraising skills to help elect a new class of GOP women, is now the highest-ranking woman in elected Republican leadership.

"House Republicans are united in our focus to fight on behalf of the American people to save our country from the radical Socialist Democrat agenda of President Biden and Nancy Pelosi," Stefanik said in a statement after her victory.

A handful of other Republicans interested in the position were waved off as the former president, House Minority Leader Kevin McCarthy and other GOP leaders threw their support behind Stefanik — even before Cheney was voted out of the position.

Roy announced Thursday he planned to throw his name in the race after protesting the speed of the Cheney replacement vote and Stefanik’s moderate record. But ahead of a candidate forum on Thursday, where he and Stefanik sought to make their case to colleagues why they should be conference chair, Roy faced a setback as Trump called for the former top aide to Sen. Ted Cruz (R-Texas) to face a primary challenger.