Many Republicans are refusing to let the coronavirus interfere with their holiday plans. 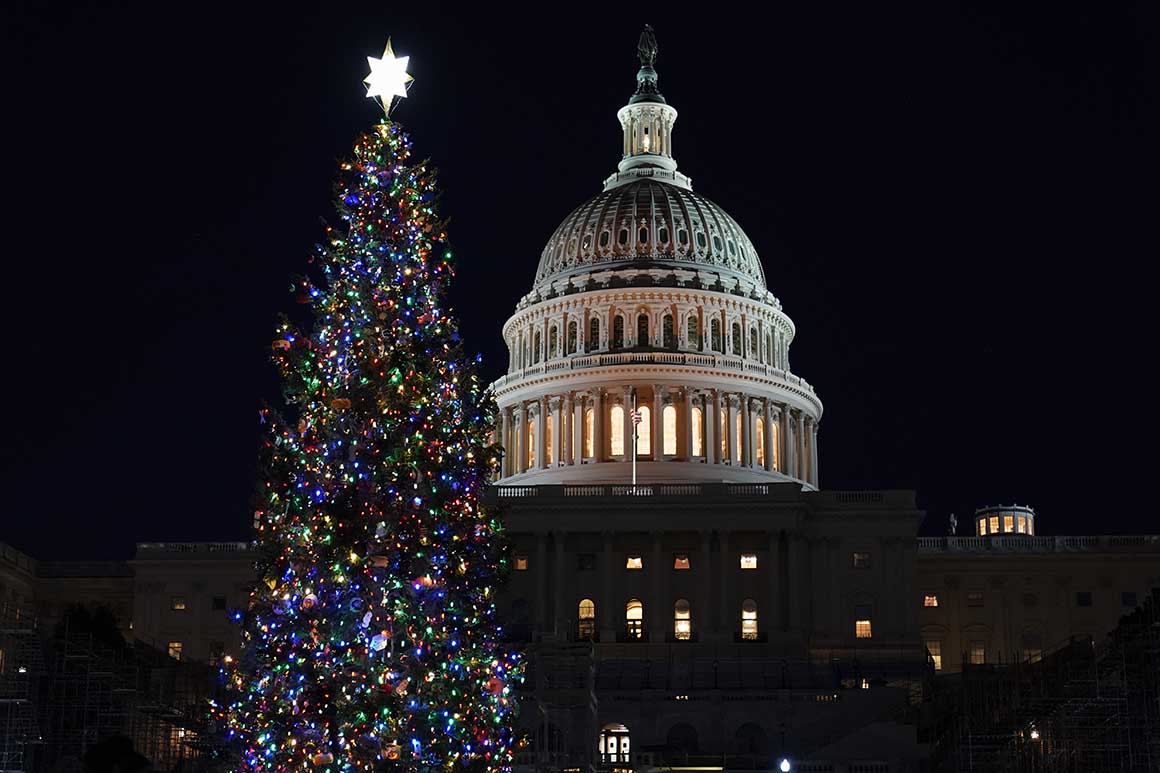 Some corners of the GOP, including members of Congress, are refusing to let the coronavirus intrude on their holiday gatherings and in-person fundraisers — whether it’s on the slopes of Utah or in the steakhouses of Washington.

Meanwhile, discussions are underway about holding the Conservative Political Action Conference — a massive, yearly affair — in person early next year, according to multiple sources.

The event planning comes as the nation is battered by another brutal surge in coronavirus cases, prompting a fresh round of warnings from public health experts to hunker down and avoid group settings, particularly indoors. And it underscores the resistance by many in the GOP, led by President Donald Trump, to adjust to the new normal of the pandemic.

“It’s an honor to be invited to the White House for anything. It’s special and to see the decorations,” said pro-Trump commentator Harlan Hill. “I think it’s important that we go show that we support the president and that our support hasn’t wavered through the election fraud scandal.” He added that the White House is “taking all appropriate precautions” to keep people safe.

Another person who plans to attend one of the Christmas bashes at the White House added: “Why wouldn’t we? A lot of these things are going to be appropriately scaled and take proper precautions. But it doesn’t cancel the season.”

The majority of Washington's lavish holiday parties have, of course, been called off. And the Capitol physician has specifically instructed lawmakers to avoid dinners, receptions and other events. Given their frequent travel and interaction with other members on the floor — not to mention the age of many — members of Congress are at great risk of contracting and spreading the virus.

That warning came after an increasing number of lawmakers have tested positive for coronavirus in recent weeks, prompting congressional leaders in both the House and Senate to institute new health protocols on Capitol Hill. That includes canceling the weekly Senate GOP lunches, after gathering in person for months.

READ:  Trump is promising free antibody treatments for everyone. It won’t be that simple.

House Democrats and Republicans also recently scrapped plans for a new member’s dinner inside the Capitol just before Thanksgiving, switching to carry-out meals after facing backlash as both prepared to host indoor events.

Still, groups of dozens or more people have flocked to congressional hangouts such as the nearby Capitol Hill Club, where a group of Texas Republicans organized a meet-and-greet to honor their seven incoming freshmen members the week before Thanksgiving. (The Capitol Hill Club has implemented some precautions during the pandemic, including limiting the number of guests per table and contact tracing.)

GOP members have also gathered at swanky downtown restaurants. That includes a holiday party Monday night hosted by Rep. Billy Long (Mo.) in a backroom at Joe’s Seafood, an upscale surf ‘n turf restaurant near the White House, according to a person familiar with the plans. The same evening, Rep. Kevin Brady hosted a “small” dinner at the same restaurant for all the outgoing Texas Republicans, his office confirmed.

Brady “will be following all D.C. COVID-19 health and safety procedures and guidelines,” his spokesperson said. 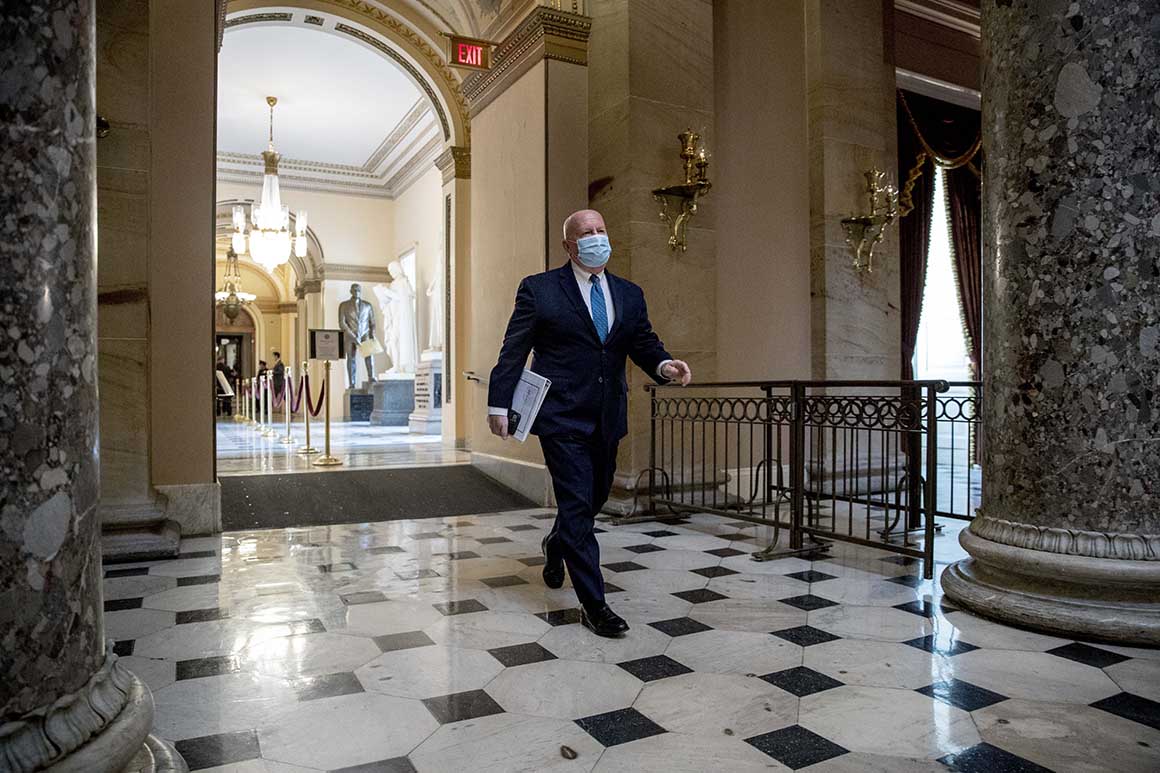 At the Capital Grille last month, some Republican members on the Transportation and Infrastructure Committee gathered for an indoor dinner, according to a source familiar with the event. Members were spread out among several tables in order to practice social distancing.

But one GOP lawmaker who was also at the restaurant that night, freshman Rep. Bryan Steil (R-Wis.), tested positive for coronavirus just a few days later, highlighting the potential risks of dining together in closed spaces.

At Bullfeathers, another popular watering hole on Capitol Hill for lawmakers and staffers, a group of maskless patrons were seen packed together in a tight space while eating and drinking, according to a picture that went viral on Twitter last week. After a complaint, D.C.’s Alcoholic Beverage Regulation Administration said it was looking into the matter.

Not every event is a massive, maskless affair: Many of the festivities have been billed as a “socially distanced event” on invitations. Some have virtual options, including the Texas meet-and-greet at the Capitol Hill Club. And at least two in-person events — a “cigar and spirits” night in Old Town Alexandria hosted by Rep. Paul Gosar (R-Ariz.) and a breakfast fundraiser for Sen. James Lankford (R-Okla.) at the Monocle — were recently canceled as cases spiked in D.C. and beyond.

But a ski trip fundraiser in Utah scheduled for early next month, hosted by Sen. Mike Lee (R-Utah) and Sen.-elect Roger Marshall (R-Kan.), is still on.

“Utah’s ski resorts are open. We are following all the state and county COVID policies. We will be skiing outdoors at socially distanced intervals,” Lee spokesperson Conn Carroll said of the event.

“I think it’s absolutely insanity and I think it’s dangerous, it’s irresponsible, it’s insane, and I think just by example, they’re going to cause more people to die because people will look at that and say, ‘Oh, it must be okay,’” said Sally Quinn, a longtime journalist and fixture in D.C.

The holiday party lineup is the latest example of the starkly different ways the two parties have responded to this year’s public health crisis. 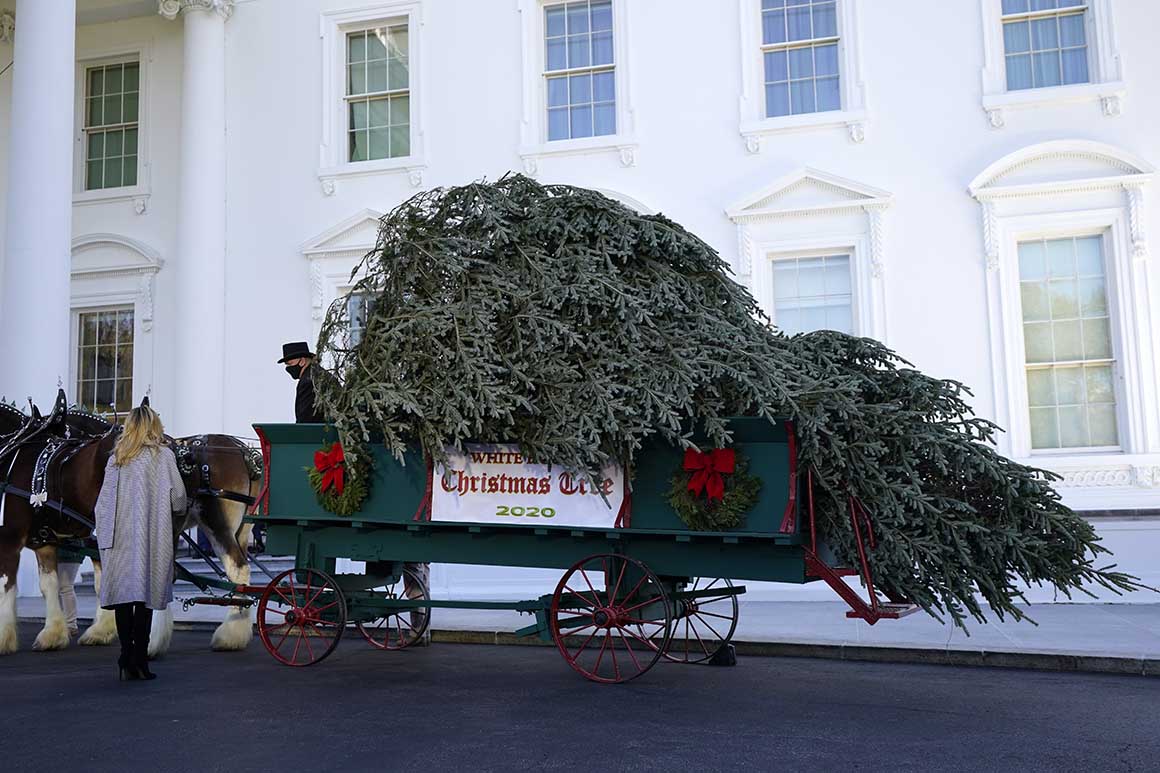 The White House is planning to host over 20 parties for the holidays, according to the Washington Post, including a “congressional ball” on Dec. 10. Vice President Mike Pence, who leads the coronavirus task force, is also slated to throw a Christmas celebration at the Naval Observatory on Tuesday evening.

A spokesperson said that around 200 guests will mingle inside a tent that can hold 700 people in order to allow extra space for social distancing. Masks will also be required of attendees, the spokesperson added. Pence also hosted an in-person Hanukkah celebration as well, according to a person who received an invitation.

One senior administration official said that the White House spread the parties out among multiple nights to allow for smaller guest lists and social distancing.

Yet at the State Department, Secretary of State Mike Pompeo and his wife, Susan, reportedly invited hundreds of guests for various indoor holiday functions.

One day before one of the parties, the State Department was notified that a person tested positive who had recently spent time at the Blair House — the president’s official guest house — where the party is scheduled to be held, according to two State Department officials. The space was quickly being cleaned.

“As a vaccine is nearly ready for distribution it makes sense to avoid parties and just stay home. Therefore I will pass on those two events as much fun as they would be,” said one Republican lobbyist, who was invited to both the White House and State Department parties.

In contrast, Democrats in Congress have moved almost every public and private event to a virtual setting, from farewell gatherings for departing lawmakers to sparkling wine tasting fundraisers. Speaker Nancy Pelosi organized a livestream to view the annual Christmas tree lighting at the Capitol, where the public was not allowed to gather.

Meanwhile on Embassy Row — home to some of the most exclusive events in Washington — the celebrations have been largely shifted to outdoor spaces.

But at least one socialite, Sheikha Rima Al-Sabah, the wife of the Kuwaiti Ambassador, has been quietly criticized in D.C. social circles for recently hosting an indoor ladies’ lunch for around 10 people and other events, according to one person familiar with the event. The Embassy of Kuwait did not respond to a request for comment.

And others on the D.C. party circuit are skipping their annual celebrations.

“The time isn’t right and it just wouldn’t be very fun or safe right now,” said Ron Bonjean, a partner of ROKK Solutions who is known for throwing epic Christmas bashes every year. “We will be back soon, but the CDC would probably also seriously advise against clowns on stilts or the use of a flamethrower at the moment.”