Senate Majority Leader Chuck Schumer says the plan to pass voting rights legislation is to stick together. But Sen. Joe Manchin isn’t on board. 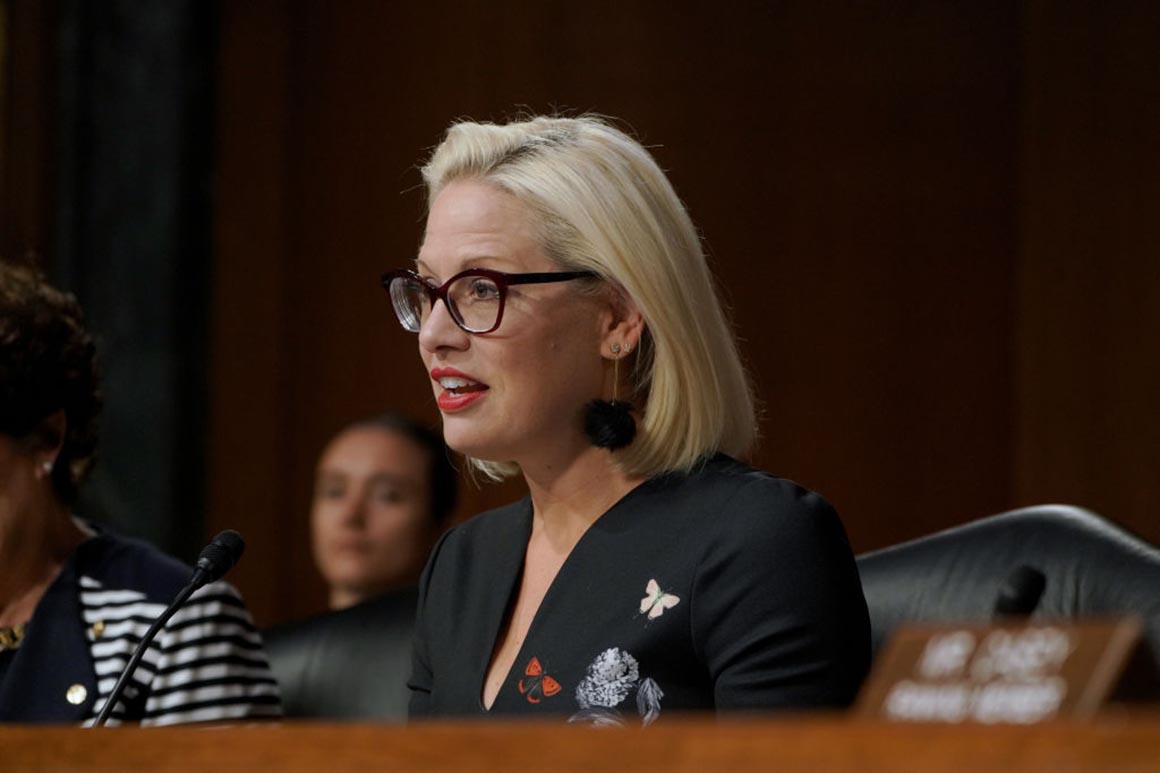 The Arizona Democrat’s query is the central question surrounding the party’s high-priority legislation. Schumer had a matter-of-fact response at Thursday’s first private caucus meeting on the topic, according to multiple sources, telling Sinema only that the plan is to stick together.

But total unity is eluding the 50-member caucus right now. West Virginia Sen. Joe Manchin, the Senate’s most conservative Democrat, still hasn’t signed on. He also wasn’t there on Thursday.

Sinema is a sponsor of the bill and no one disparaged the legislation during the meeting, those sources said. But her inquiry, which her office did not dispute, highlights the uphill battle ahead for Democrats, who have a major math problem even if they do gain Manchin's support, since the bill has no chance of getting the 10 GOP votes needed to overcome the Senate’s procedural hurdles.

Still, despite reluctance from Manchin and outright opposition from Republicans, Democrats say a vote is inevitable.

“This has to go to the floor at some point,” said Sen. Bob Casey (D-Pa.) “I don’t know when. I think it has to. I think it’s that important to the nation. ... At some point everyone should be on the record on this bill.”

Schumer has repeatedly vowed that “failure is not an option," and many Democrats argue that their legislation is a necessary response to the slew of GOP state voting bills they warn are designed to disenfranchise voters. But privately, some are beginning to question the promises Democrats have made to their base as they consider the very real difficulties the party faces in enacting their bill.

READ:  USTR announces duties on $1.3B in French goods in tax dispute

Thursday’s meeting is the first of many discussions on the topic and comes as Manchin, the only Democratic holdout on the bill, is pushing for his party to focus instead on passing the more narrow John Lewis Voting Rights Act. (Manchin did not attend the meeting because of a home state event with first lady Jill Biden.)

But the West Virginia Democrat’s colleagues so far are rejecting his suggestion.

“I don’t think that’s a sufficient solution,” said Sen. Chris Murphy (D-Conn.) after Thursday’s meeting, adding that solely focusing on the John Lewis bill could encourage GOP-led states to rush through laws that restrict ballot access. “We’ve got to go broader than the John Lewis bill and that’s what John Lewis would want us to do.”

Sen. Elizabeth Warren (D-Mass.) said that the John Lewis bill is “very important and we should pass it, but it does not substitute” for the expansive elections and ethics package, which addresses gerrymandering, dark money and other issues. “That’s not what John Lewis is about.”

If signed into law, the bill — titled “S.1” to signal its importance — would amount to a sweeping overhaul of federal elections. It would mandate in-person early voting in all states, require that states offer no-excuse absentee voting and establish automatic and same-day voter registration across the country. In addition, it would require most states to create independent redistricting commissions for future cycles.

The John Lewis Voting Rights Bill, by contrast, focuses on restoring a requirement that certain jurisdictions receive approval from the Justice Department or D.C. District Court before making changes to voting laws. The bill has yet to be introduced this Congress, but Sen. Lisa Murkowski (R-Alaska) was the only Senate GOP co-sponsor last year.

Senate Minority Leader Mitch McConnell, meanwhile, is leading the GOP fight against S.1, arguing that it’s nothing more than an attempt for Democrats to sway elections in their favor. McConnell has taken a personal interest in sinking the bill, and even made a rare appearance at a Senate Rules Committee markup this week.

Schumer has previously said that Democrats’ first goal is to get Republicans on board and, if all else fails, the caucus will chart the next path forward. Senators described the discussion at Thursday’s meeting as substantial, and some offered presentations about GOP voting laws in their states.

Even after Thursday’s meeting, it’s still not clear when exactly Democrats will vote on the bill, though Schumer has indicated he is eyeing a vote by August. The Senate Rules Committee deadlocked this week on moving the bill to the floor. That means Schumer will need to discharge it from the committee to get it to the floor, which requires buy-in from Manchin and a tie-breaking vote from the vice president.

Sen. Tim Kaine (D-Va.) on Thursday implored Manchin to offer more specifics about the provisions of the bill that he does not support. “What I haven’t heard is what he doesn’t like,” Kaine said after Thursday’s meeting. “Every Dem owes [Jeff] Merkley and Amy [Klobuchar] and, frankly, the American public: here are my issues.”

Even if Manchin does come on board, the bill still lacks support from any Republicans, making it impossible to overcome the legislative filibuster.

Progressives have long viewed the fight over the legislation as the vehicle for nixing the Senate’s 60-vote threshold and the filibuster. But that would require a stunning reversal from Manchin and Sinema, both of whom vehemently insist they will not change Senate rules under any circumstance.