A Navy spokesperson said the sailors who do not meet the criteria to return to the ship will remain in isolation on Naval Base Guam. 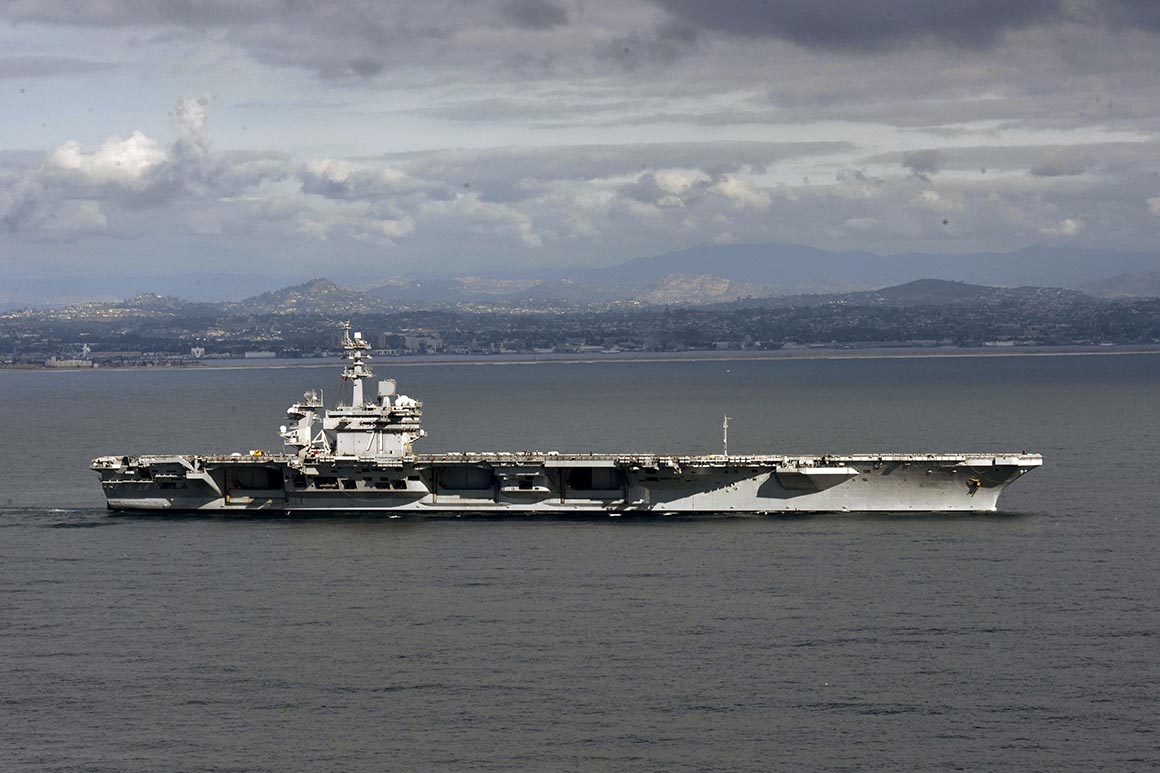 Some sailors assigned to the aircraft carrier USS Theodore Roosevelt who are still sick with Covid-19 after remaining behind in Guam will be flown home once they recover instead of returning to the ship for its deployment, a Navy spokesperson told POLITICO.

The Roosevelt got underway on May 20 after nearly two months in Guam battling an outbreak of the coronavirus. The ship carried a scaled-back crew of about 3,000 sailors, leaving roughly 1,800 crew on shore who are still quarantining — including at least 13 sailors who had recovered from the virus and tested positive again.

The ship on June 2 completed carrier qualification flights for the air wing, the last milestone required before returning to its scheduled deployment in the Pacific, according to the Navy. The plan was to then return to Guam to pick up the rest of the crew.

But Navy spokesperson Cmdr. Myers Vasquez said the sailors who do not meet the criteria to return to the ship and require additional time to recover will remain in isolation on Naval Base Guam, where they will continue to receive medical care. Once the sick sailors have recovered, the Navy will either fly the sailors back to the ship or back to their home station once the Roosevelt departs the area on mission, Vasquez said.

Sailors must be symptom-free for three days and have two consecutive negative tests, as well as complete a 14-day isolation period, in order to return to the ship.

"TR is committed to ensuring the full recovery of all Theodore Roosevelt Sailors," Vasquez said.

The sailors who remained ashore have now spent nearly 10 weeks either in isolation or quarantine on Guam. Most of them have been tested multiple times for Covid-19; one sailor has died.


Meanwhile, the sailors on the ship are cleaning constantly, wearing masks and maintaining social distance as much as possible to prevent another outbreak.

At the Pentagon, the Navy has completed an investigation into the events surrounding the outbreak and the firing of the ship's former commanding officer, Capt. Brett Crozier, after sending a memo to Navy leaders pleading for help as the virus spread through the ship. Then-acting Navy Secretary Thomas Modly removed Crozier from his command for his actions, then resigned after blasting Crozier in a speech to the ship's crew.

Navy leaders are reviewing the investigation.