Sens. Marco Rubio and Mark Warner say intelligence officials are much more prepared to combat foreign-based interference than they were in 2016. 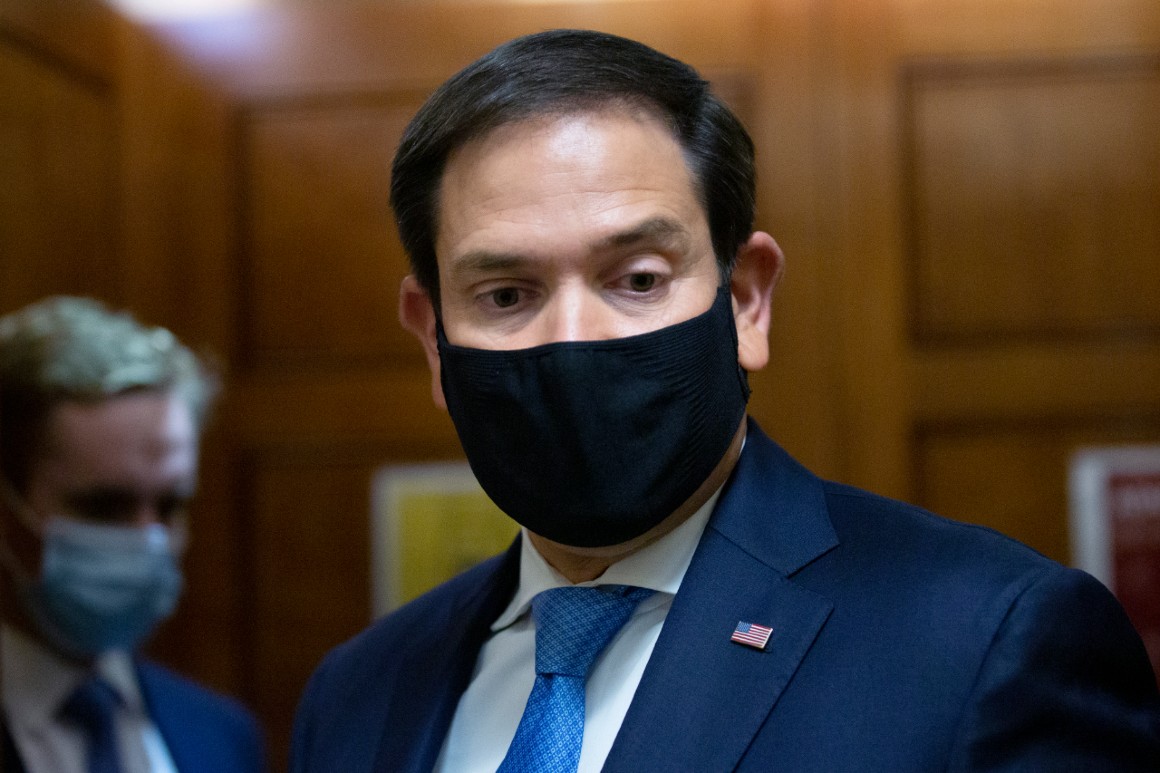 The U.S. intelligence community is weighing whether to disclose additional information about attempts by foreign governments to interfere in the 2020 election, the bipartisan leaders of the Senate Intelligence Committee said on Wednesday.

After the panel’s likely final briefing on the matter before the Nov. 3 election, Chairman Marco Rubio (R-Fla.) and Vice Chairman Mark Warner (D-Va.) said intelligence officials are much more prepared to combat foreign-based meddling efforts than they were in 2016, when Russia intervened in a systematic campaign to boost Donald Trump.

But with just 41 days until the election and many Americans already starting to cast their ballots, both senators described significant obstacles when it comes to revealing more details to the public about the scope and intentions of malign foreign actors’ attempts to interfere in the 2020 election.

“That’s an ongoing challenge. Public information is probably the best inoculator against the effectiveness of this. But we have to balance that with not losing access to information,” Rubio said after a two-hour Intelligence Committee briefing with Director of National Intelligence John Ratcliffe and William Evanina, the nation’s top counterintelligence official.

“The difference is that the victim here is the American public,” Rubio added. “So it’s a different balance. It’s a struggle. It’s a brand new challenge.”

Both Rubio and Warner have pushed the intelligence community to reveal more information publicly about foreign election meddling, but in a way that does not compromise intelligence sources and methods for obtaining that information. The Trump administration has already published details of efforts by Russia, China and Iran to interfere in the election.

“The best defense is an informed electorate,” Warner said Wednesday, adding that “it’s going to be an ongoing conversation” with Ratcliffe and other intelligence officials. Warner declined to comment on whether additional facts remained that the public should know before Election Day.

Warner in particular has been aggressive in pushing for public releases from the intelligence community, even suggesting in recent months that the Trump administration is trying to suppress information about the Kremlin’s election-meddling operation in order to please the president. Rubio has rejected that notion, though his committee is investigating a whistleblower complaint that alleges manipulation of Russia-related intelligence information.

“Everybody suspects, more information is not available because they’re trying to cover something up that’s politically devastating to one side or the other. That’s false,” Rubio said. “The issue always is, with the intelligence community, when you gather information, there’s a way you gather it. And when the information gets out there, the people you’re gathering it from figure out how you’re gathering it. And they stop and they protect themselves, so you stop learning about it.”

Wednesday’s briefing was the first on election security since Ratcliffe reversed his controversial decision last month to end in-person briefings on the subject, citing a spate of recent leaks of classified information from all-member sessions with intelligence officials.

Sen. Kamala Harris (D-Calif.), the Democratic vice presidential nominee, attended the briefing on Wednesday — her first appearance on Capitol Hill for official business since being selected as Joe Biden’s running mate. Harris is a member of the Intelligence Committee.

In its recent public disclosures, the Trump administration has said Russia is again trying to interfere in the presidential election with the goal of boosting the president’s reelection. Trump’s allies have sought to downplay that conclusion, pointing to Evanina’s statement that the Chinese government prefers Biden, the Democratic presidential nominee — even though Beijing is not engaging in active measures on the same scale as Moscow.

Still, Rubio and Warner underscored that the U.S. intelligence apparatus has undergone significant improvements since 2016.

“It’s going to become a fact of, a challenge of political life for the foreseeable future,” Rubio said. “We have a lot of good people working very hard to try to get their arms around it, and I think we should have a significant amount of confidence that we’re in a much better position now than we were four years ago.”