With less than two weeks before Nov. 3, some senators confident in their chances are choosing to avoid the debate stage. 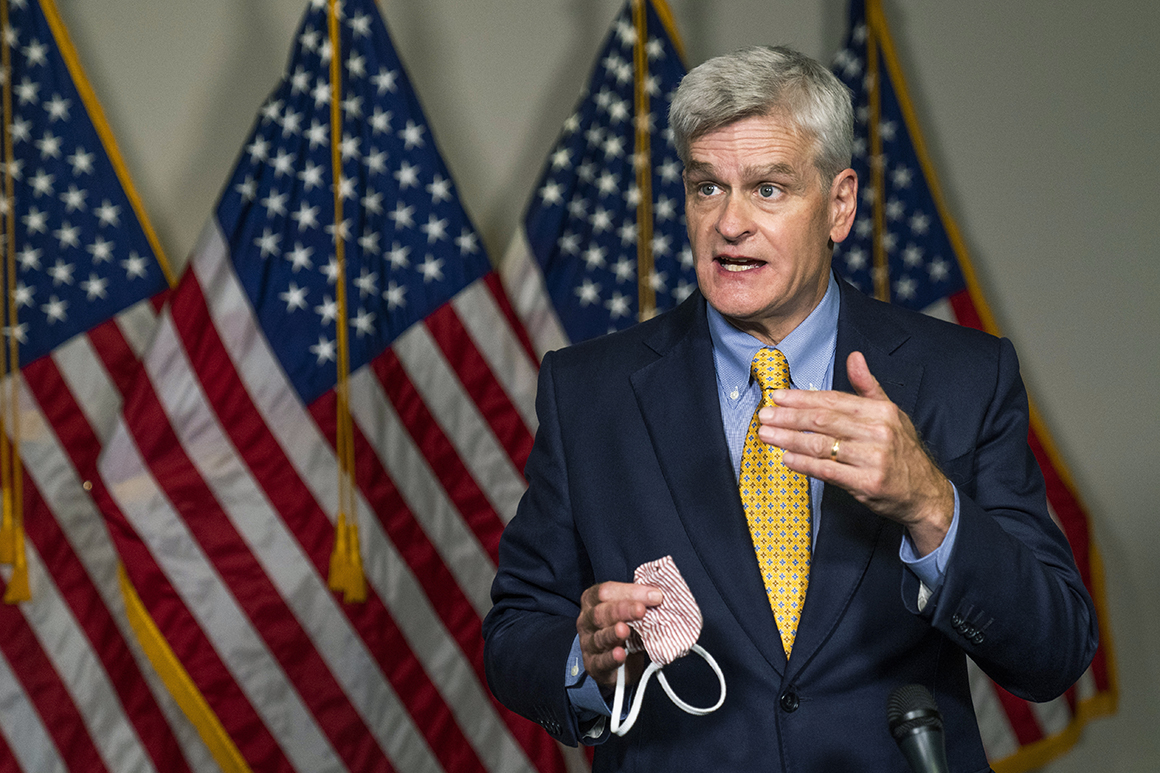 Debates can often produce some of the most memorable moments of a campaign. But just two weeks before the Nov. 3 election, four states are unlikely to even hold debates on who to send to the U.S. Senate.

The debate about the debates is playing out in three red-leaning states — Alabama, Louisiana and Mississippi, where GOP Sens. Bill Cassidy and Cindy Hyde-Smith plus Republican Senate candidate Tommy Tuberville are not planning to debate their opponents.

A closer race in Michigan between Democrat Sen. Gary Peters and Republican businessman John James also likely won’t produce a debate, though it’s due to disagreements over the forum.

Candidates typically don't agree to debates when they’re so confident they’ll win that they don't think it's necessary. Debating with an opponent also opens up the possibility of a fatal gaffe — just ask Richard Mourdock, an Indiana Republican Senate candidate who appeared on his way to becoming a U.S. senator in 2012 until he said during a debate that a rape that resulted in pregnancy is "something that God intended to happen."

But not debating an opponent has its drawbacks, namely that the underdog can paint the favorite as scared. Sen. Doug Jones (D-Ala.), the most endangered Senate incumbent, argued in an interview that not debating Tuberville would only help his campaign.

“He's proven that he’s a quitter at his job, and now he’s proven he’s just kind of a coward because he really doesn’t have anything to say,” Jones said. “He doesn’t have a plan, he doesn’t do anything to put forth a plan or any platform and there’s just only so many times you can say ‘Donald Trump.’”

A spokesperson for Tuberville did not respond to a request for comment.

Sen. Bill Cassidy (R-La.) said in an interview that he wasn’t closing the door on a debate, but that televisions station in Louisiana that could host the event didn’t provide invitations with sufficient criteria for who would participate. Cassidy said that even if he doesn’t participate, the issues will “be pretty aired out.’" Cassidy also skipped a debate in 2014.

“My opponent has basically signed up for the Democratic platform, the Green New Deal, Medicare for All, doing away the filibuster,” the Louisiana Republican said. “I think people will know what that means in my state.”

Ben Riggs, press secretary for Adrian Perkins, Cassidy’s main Democratic opponent, accused the senator of “dodging debates because he can’t stand on stage with Mayor Perkins and defend his record on pandemic relief or his many attempts to rob millions of Americans of healthcare.”

Meanwhile, Sen. Cindy Hyde Smith (R-Miss.) will also skip debating, prompting her opponent Mike Espy to accuse her of “disrespecting her voters.” When asked about the incumbent Republican’s decision, a spokesperson for her campaign said in a statement that “Mississippians care about what Senator Hyde-Smith is getting done in the job they elected her to do.”

Senate debates do not typically make or break a candidate’s campaign. But with many Senate candidates holding fewer events amid the coronavirus, they provide a key platform for undecided voters. (The states where control of the Senate will likely be decided — Colorado, Arizona, North Carolina, Iowa and Maine — have all had debates.)

READ:  How Hindu Nationalism Could Shape the Election

In Michigan, both Peters and James insist that they want a debate, but disagree over the terms.

“I’ve agreed to two debates that we have done in Michigan since the 1990’s,” Peters said in an interview. “The debates that he did two years ago when he lost to Debbie Stabenow ... it’s in his hands, he’s just trying to avoid it.”

Abby Walls, a spokesperson for James, argued that the campaign is pushing for four debates, two in local media markets and two national and accused Peters of being unwilling to talk about his record.

“The James campaign has turned down nothing,” Walls said. “We’ve left the door open on those options but our conversations have been stunted because Gary Peters’ team has turned down any other options besides the two he’s suggested on the spot.”

Burgess Everett contributed to this report.