The GOP views the New Hampshire governor as potentially the most important recruit of the midterm cycle. 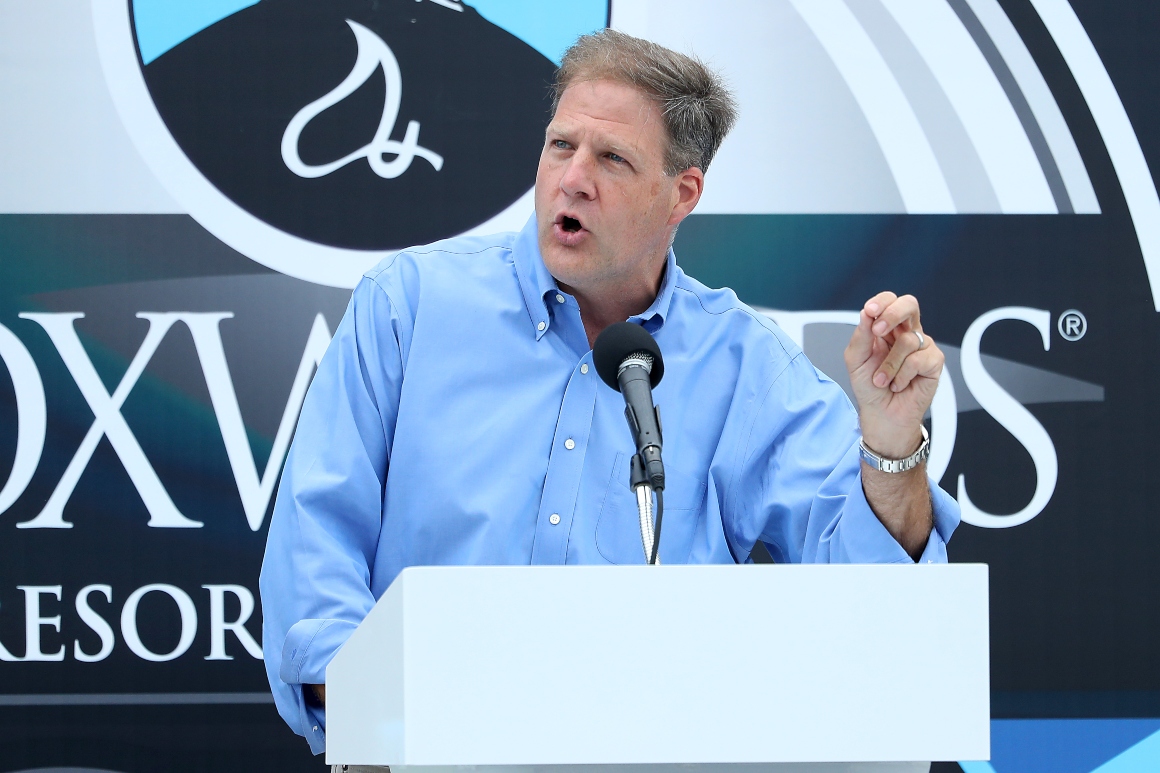 Recruiting the sitting governor of New Hampshire for one of the country’s tightest Senate races paid off for Democrats six years ago. Now the GOP is aiming to replicate that strategy.

Republicans have launched an all-out effort to woo Gov. Chris Sununu into a challenge to Democratic Sen. Maggie Hassan next fall. With the Senate locked in a 50-50 split, a Sununu run would shake up the entire Senate midterm landscape.

The Kentucky Republican’s party only needs to net a single seat to end Democrats' 50-50 majority in the chamber. But they’re defending two seats next year in states President Joe Biden won and must hold onto others with crowded, expensive primaries. What’s more, Republicans have yet to land big name challengers in once-red Arizona and Georgia, and both states could see contested intra-GOP battles.

Sununu has the potential to be the most important Republican recruit of the cycle. He’s an incumbent three-term governor fresh off a 30-plus-point victory last year in a state Biden carried with relative ease. And he’s political royalty in the Granite State, the son of a former governor and White House chief of staff as well as the brother of a former senator.

That lineage explains the extraordinary push by the party to win him. The chair of Senate Republicans’ campaign arm has been calling Sununu constantly and putting the stakes of his entry in blunt terms. 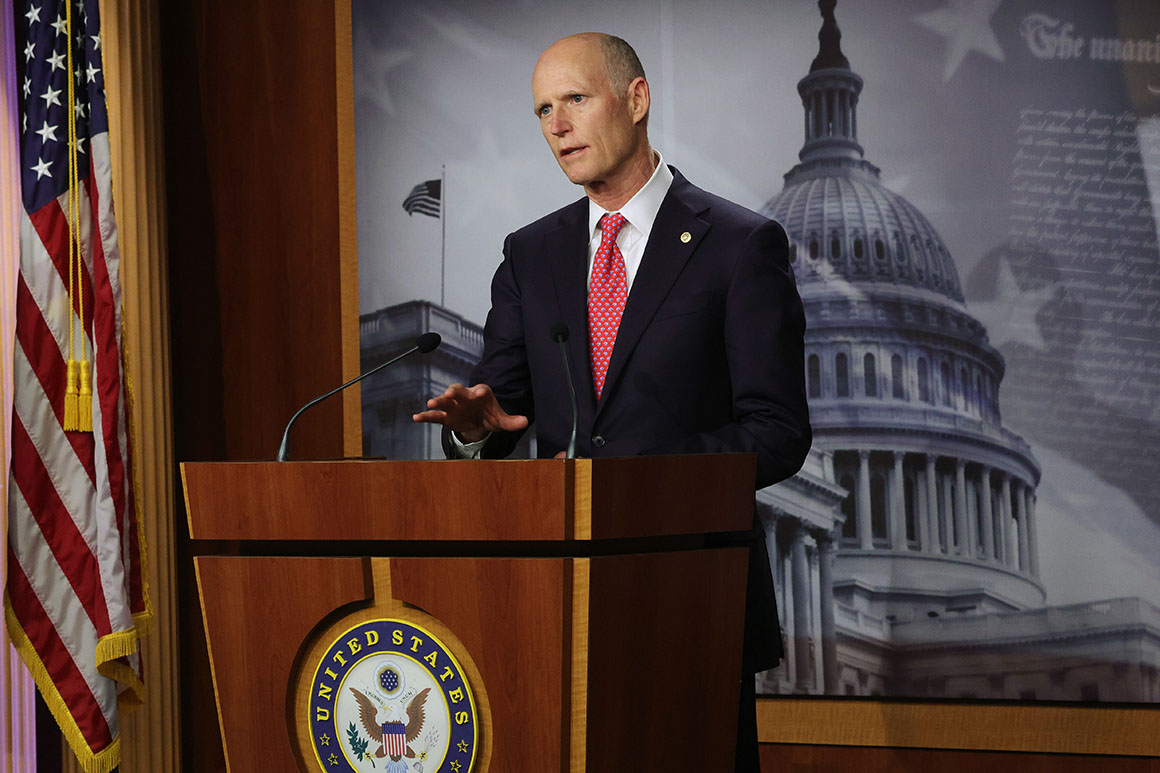 Scott even flew to meet personally with Sununu this spring, according to multiple sources familiar with the meeting. Scott and the National Republican Senatorial Committee declined to comment on or confirm the meeting.

Reelecting Hassan, a former two-term governor who won by 1,017 votes six years ago, is critical for Democrats hoping to hang on to their majority. And Democrats acknowledge New Hampshire could be tough to hold. Though Biden won by six percentage points last year, the state typically has highly competitive Senate races that often draw former governors, given the executives in the state are up for reelection every two years.

But Hassan has shown staying power, winning in two tough cycles for Democrats: in 2014 as governor and in 2016 for Senate. She raised $2.9 million in the first three months of this year and already sits on a war chest of $4.4 million.

Hassan would present a harder challenger for Sununu than his three gubernatorial campaigns, which he’s won by increasingly large margins. He raised $1.7 million in all of 2020, less than Hassan raised in this year's latest three-month period. 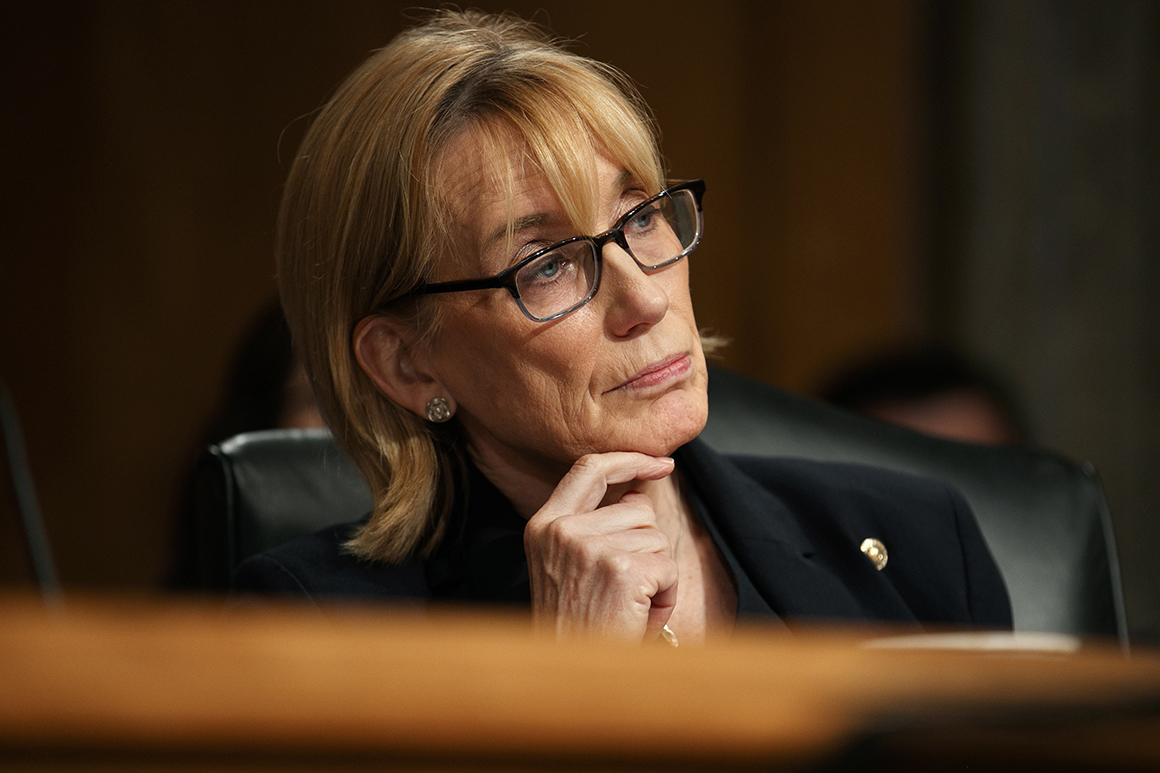 Sununu says he’s considering running for Senate, running for a fourth term as governor or returning to the private sector. He’ll make a decision later this year, and not before the legislature’s session ends next month. The only candidate currently running against Hassan is retired Gen. Don Bolduc, who lost the Senate GOP primary in 2020.

Sununu’s aides did not comment for this story. Hassan isn’t eager to talk about the race, either.

“I’m just working on making sure we implement the American Rescue Plan and making sure we meet the priorities and needs of the people in New Hampshire,” she said in a brief interview, referring to the nearly $2 trillion coronavirus relief package.

Both parties view New Hampshire as a battleground next year, well ahead of Sununu’s decision. The National Republican Senatorial Committee and One Nation, a political nonprofit aligned with McConnell, included the state in early rounds of TV and radio spending this year. Liberal group End Citizens United is currently on-air in the state, alongside other battlegrounds, with ads focused on the Senate’s voting legislation that Hassan supports.

Republican groups pumped money into the state to defend former Sen. Kelly Ayotte (R-N.H.) in 2016, and Democrats similarly invested tens of millions in outside spending to defeat her. If 2022's race shapes up as Hassan versus Sununu, it could be one of the most expensive in the country.

Republicans also mention Ayotte as a potential candidate next year, but she is not currently interested. If Sununu entered the race she would consider running for governor, however, according to a Republican source familiar with the dynamics.

When she entered the Senate race as governor, Hassan waited until October 2015. Similarly, Scott said there’s no reason for Sununu to enter early this year, since being governor gives him a megaphone in the state. Scott, who is also a former governor, didn’t launch his own Senate campaign until seven months before Election Day.

Early polls from the state universities show Sununu with a slight edge in a hypothetical race. “If he were to decide to run, that would instantly become a top-tier pickup opportunity for Republicans,” said Steven Law, president of Senate Leadership Fund, a super PAC aligned with McConnell.

But Democrats have reasons to feel confident about the structural dynamics in the state. 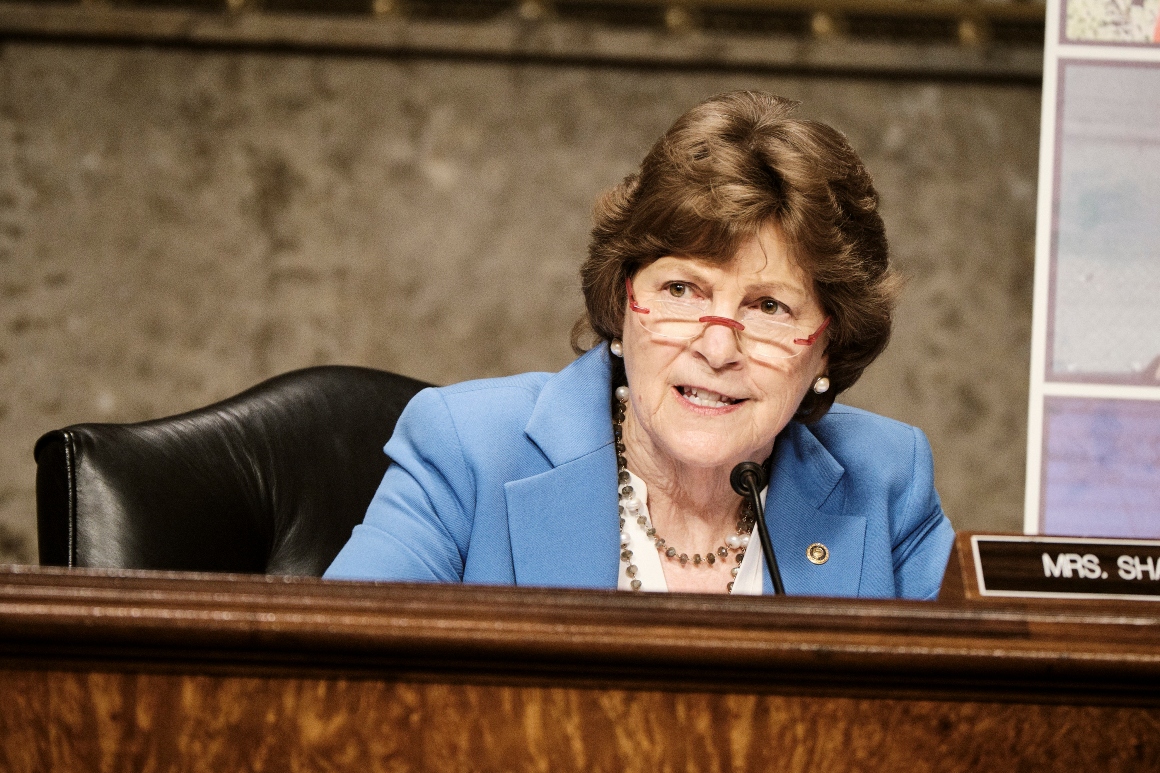 The congressional delegation has been all-Democratic since 2017. The last big year for New Hampshire Republicans was 2010, when Ayotte won and Republicans took both House seats. Sen. Jeanne Shaheen (D-N.H.) won by 15 points last year despite efforts to make her race competitive.

“I remember that in January of 2019, I was considered the second most vulnerable Democrat in the Senate after Doug Jones,” she recalled. “Didn’t turn out quite that way.”

Sununu has criticized former President Donald Trump, including after the Jan. 6 insurrection at the Capitol. He also avoided a Trump rally in his state in the midst of the coronavirus outbreak last year. But he supported Trump's reelection and has avoided any critical statements from the ex-president, unlike some of his fellow GOP governors. Ayotte eventually divorced herself from Trump after the “Access Hollywood” video in late 2016, fracturing her coalition for reelection that year.

New Hampshire Republicans have no clear indication from Sununu that he’s leaning towards or against running, according to officials who have spoken with him or his allies. Stephen Stepanek, the state GOP chair, said he often gets the same question from Republicans outside the state: “‘Is your governor going to run?”

“I would very much like for the governor to run,” Stepanek told POLITICO. “I've talked to the governor about it. He's holding his cards very close to the vest.”

Sununu may not be persuaded by his party's hard sell. Republicans failed to recruit him to challenge Shaheen in 2020.

Of course, Sununu sounds a lot like former Montana Gov. Steve Bullock did in 2020 as Democrats tried to convince him to run for the Senate. After declining repeatedly, he spoke to both former President Barack Obama and Senate Democratic Leader Chuck Schumer about the race and eventually launched a campaign.

Then again, Republicans would be hoping for a different result from Sununu in purple New Hampshire. Bullock lost by 10 points last fall.