The heads of Facebook, Google and Twitter will testify virtually less than a week before the election. 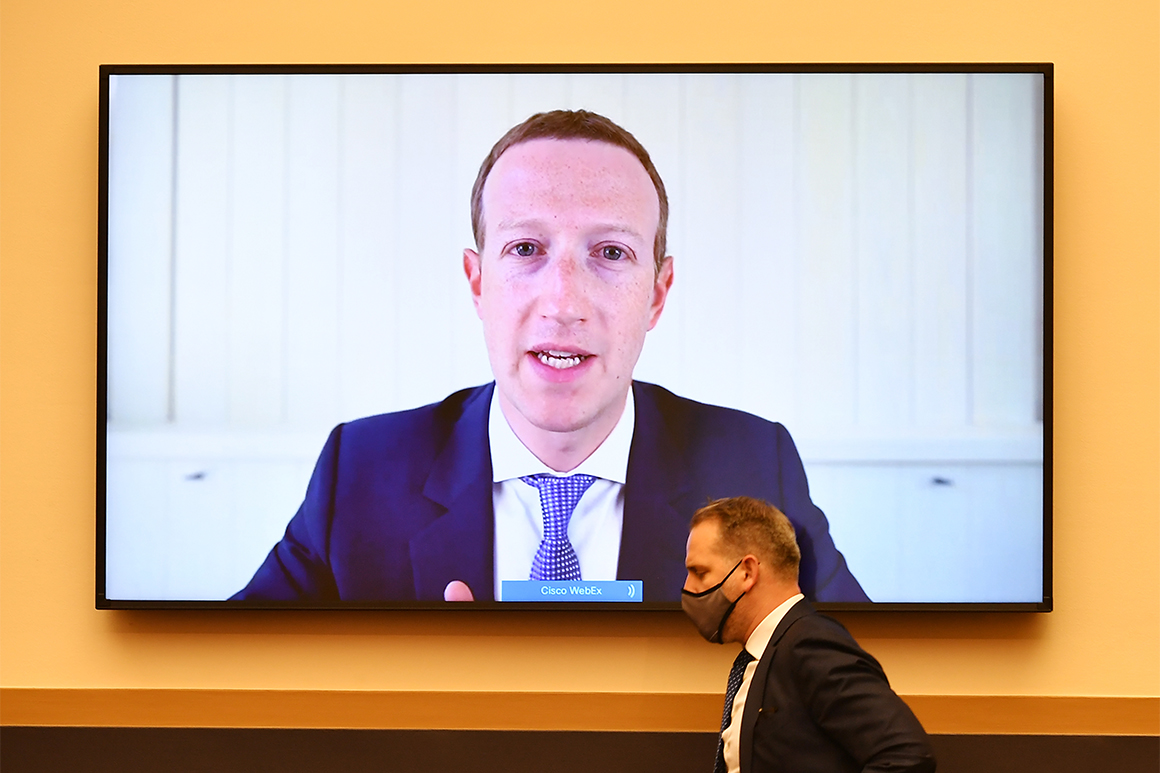 The CEOs of Facebook, Google and Twitter have agreed to testify before the Senate Commerce Committee on Oct. 28, less than a week before the election, committee aides told POLITICO on Friday, speaking anonymously to speak candidly about deliberations.

It will be the second time this year that top tech executives testify before Congress, following a blockbuster summer hearing before the House antitrust subcommittee featuring the heads of Amazon, Apple, Google and Facebook.

The Senate panel voted unanimously on Thursday to authorize subpoenas to compel the testimony of these three executives — Facebook’s Mark Zuckerberg, Google’s Sundar Pichai and Twitter’s Jack Dorsey. Though Democrats initially resisted and feared a possible chilling effect of such a hearing ahead of the Nov. 3 election, they agreed to vote in favor of the subpoenas after the scope of the hearing was expanded.

The subpoenas are prepared and ready but will not be formally issued now that the CEOs have voluntarily agreed to testify, according to one committee aide. The tech CEOs are set to testify virtually.

The Oct. 28 hearing will now address not only the liability protections that internet companies enjoy — a key priority and President Donald Trump, whose administration has recently clamored for Hill tech action — but also data privacy and media consolidation.

The hearing comes amid a rising GOP outcry over these liability protections, enshrined in a 1996 statute known as Section 230 of the Communications Decency Act. It gives internet companies immunity from lawsuits over user posts as well as broad leeway to moderate content.

Republicans have said these protections should be narrowed, as have many Democrats also crying foul over tech company behavior — though for different reasons. Trump and his allies have accused social media companies of censoring posts by conservatives, an allegation tech companies deny and which limited academic data supports, as the administration itself has noted. Trump, specifically, has lashed out at Twitter for adding labels to his tweets, which have included tags about "glorifying violence" and "manipulated media" in addition to fact checking labels.

Many Democrats want to revamp the tech industry's liability protections over a concern that the social media platforms aren't doing enough to crack down on hate speech and misinformation swirling through their popular networks. Several members of this Senate panel raised these concerns during Thursday's meeting and said they were eager to question tech CEOs. Sen. Maria Cantwell (D-Wash.), the ranking member, has pledged to release Democrats report on what she calls "the value of local journalism and unfair competitive practices of tech platforms" ahead of the session.

Trump and his reelection campaign, meanwhile, have repeatedly sparred with the platforms over his claims about mail-in voting, which is likely to remain a pressure point in these immediate days before the election.

The hearing date was reached after much back and forth with the tech companies, the committee aide said, noting the tech companies had at one point offered a far-off date, which Republican committee staff rejected. The companies ultimately assented to testify willingly given the subpoena authorization vote, which culminates a long push from Chair Roger Wicker (R-Miss.) to secure such tech CEO testimony.

READ:  Opinion | The Surprising Reason We’re Fighting Over the Supreme Court — and How to Fix It

"On the eve of a momentous and highly-charged election, it is imperative that this committee of jurisdiction and the American people receive a full accounting from the heads of these companies about their content moderation practices," Wicker said during Thursday's markup session to authorize the subpoenas.