The controversy has undermined her campaign to stay in the Senate. 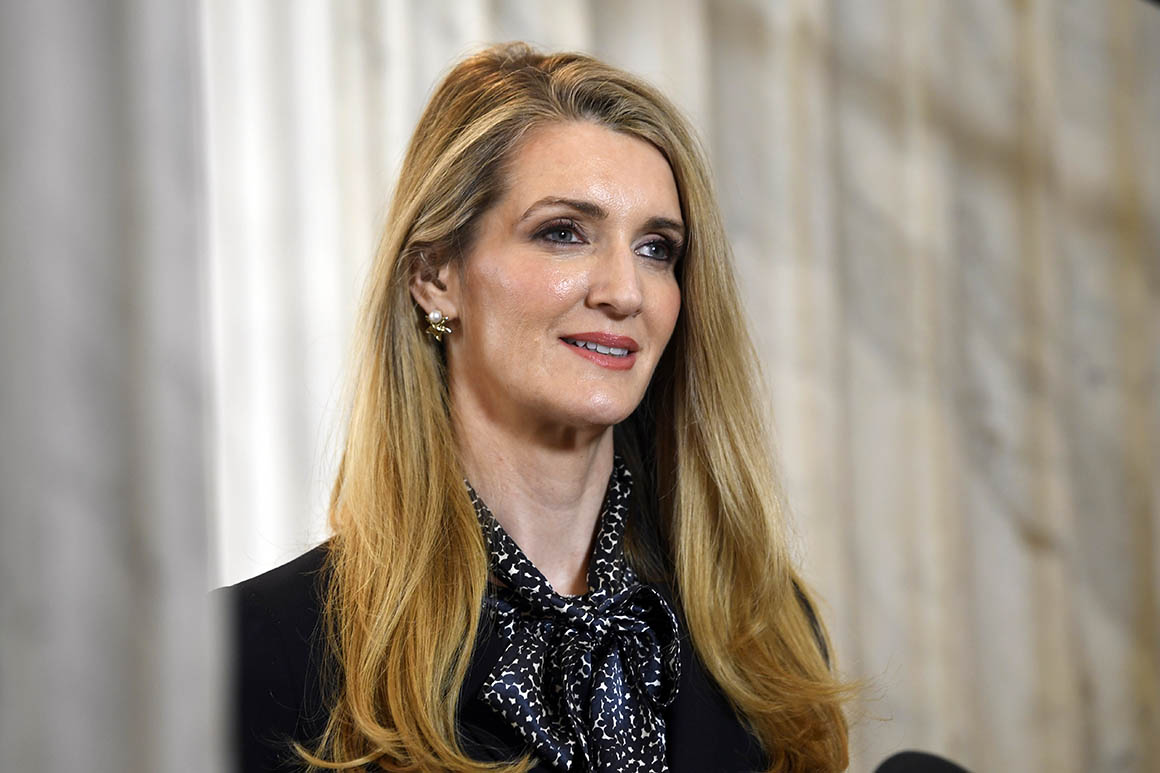 The Senate Ethics Committee has ended its investigation into Sen. Kelly Loeffler’s stock trades, according to a letter sent Tuesday to the Georgia Republican.

Deborah Sue Mayer, the committee’s chief counsel and staff director, wrote in the letter that the committee examined stock transactions made by both Loeffler and her husband Jeffrey Sprecher, chairman of the New York Stock Exchange.

“Based on all the information before it, the Committee did not find evidence that your actions violated federal law, Senate Rules or standards of conduct,” Mayer said. “Accordingly, consistent with its precedent, the Committee has dismissed the matter.”

It’s a welcome development for Loeffler, though significant political damage has already been done as she seeks to stay in the Senate past November.

Loeffler came under scrutiny for selling millions of dollars in stocks after receiving a private briefing on the coronavirus pandemic. In May, Loeffler announced that she had turned over documents to the Justice Department, the Senate Ethics Committee and the Securities and Exchange Commission. She also recused herself from a Senate agriculture subcommittee and vowed to divest from individual stocks. Loeffler has always denied wrongdoing.

Common Cause and Citizens for Responsibility and Ethics in Washington filed complaints against Loeffler to the Ethics Committee in March.

Loeffler, who was appointed by Georgia Gov. Brian Kemp to replace retiring Sen. Johnny Isakson, faces a serious challenge from Rep. Doug Collins (R-Ga.) this November in a special election. Collins has hammered Loeffler on the stocks issue and she now trails in several polls.

The letter from Senate Ethics comes weeks after the Justice Department also dropped its investigation into Loeffler.

READ:  Biden pledges to steady the nation: ‘My whole soul is in this’

“The Senate Ethics Committee has come to the exact same conclusion as the U.S. Department of Justice: Senator Loeffler did absolutely nothing wrong and has been completely exonerated,” a Loeffler spokesperson said. “Despite the obvious attempts by the media, political opportunists and liberal groups like CREW and Common Cause to distort reality, facts still matter and the truth is prevailing.”

Loeffler is not the only senator to come under fire for stock trades made amid the coronavirus pandemic. The Justice Department last month also dropped its investigation into stock trades by Sens. Dianne Feinstein (D-Calif.) and Jim Inhofe (R-Okla.).

The issue is still looming over Sen. Richard Burr (R-N.C.), who stepped down temporarily as chairman of the Senate Intelligence Committee after the FBI seized his phone. Burr reportedly made more than two dozen transactions in February after he received closed-door briefings on the pandemic. His brother-in-law also reportedly dumped thousands of dollars’ worth of stocks on the same day. ProPublica was first to report on the transactions.