The unanimous vote, a first for a Biden nominee, thrusts the former House lawyer into multiple trade disputes initiated by the Trump administration. 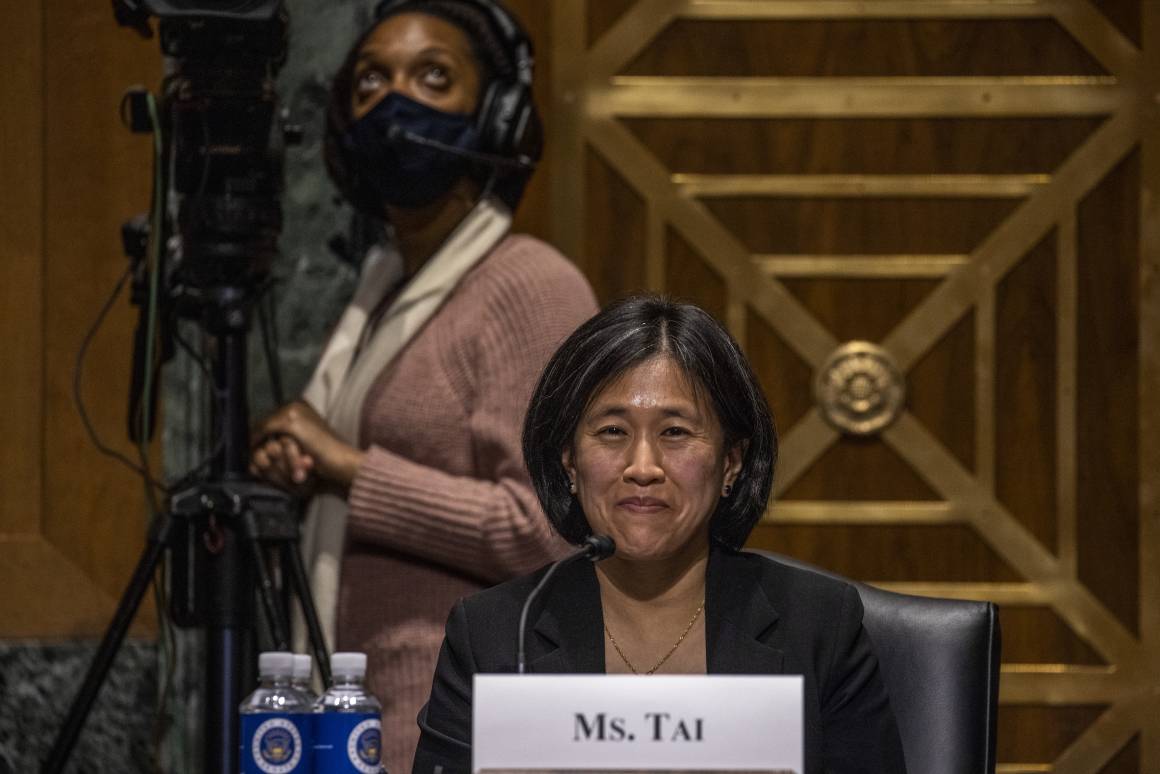 The Senate on Wednesday voted unanimously to approve the nomination of Katherine Tai to be U.S. Trade Representative, thrusting the former House trade lawyer into numerous commercial disputes initiated by the Trump administration.

A ‘worker-centered’ agenda, eventually: In her new role, Tai has pledged to pursue a “worker-centered” trade agenda that will build on environmental and labor protections she helped Democrats win in the updated NAFTA trade deal last year. But action on that front is not imminent, as President Joe Biden has promised a pause in new trade negotiations and Tai pledged to review Trump’s tariffs before making changes, instead focusing on enforcing the new NAFTA deal and other pacts first.

Broad support: Every present senator voted to approve Tai in the 98-0 vote, a first for a Biden nominee, reflecting broad bipartisan support for the former head trade lawyer for the House Ways and Means Committee. That included a dozen or so Republicans who have objected to Biden foreign policy nominees over concerns they will be soft on Beijing.

Senators of both parties praised Tai's experience as Congressional staff and USTR’s enforcement chief for China during the Obama administration.

“Katherine Tai is just the kind of qualified and mainstream person who is positioned to serve President Biden and the country quite well," Senate Minority Leader Mitch McConnell said on the Senate floor before the confirmation vote. "That is why she received broad bipartisan support from the Finance Committee and why the vote to advance her nomination yesterday was 98-0."

Tariff talks with EU: The vote places Tai at the center of ongoing trade disputes with U.S. allies and adversaries. In early March, the Biden administration announced it would lift some tariffs former President Donald Trump imposed on the European Union for four months to allow both sides to negotiate an agreement to end a 17-year dispute over aircraft subsidies.

China trade review: In Asia, Tai will play a key role in the White House’s review of Trump’s trade policies, including tariffs on Chinese steel, aluminum and consumer goods, as well as the so-called “Phase One” trade deal, whose commitments Beijing has still not met.

The administration has refused to say how it will handle China beyond general pledges to stay tough on the ruling Communist Party. The issue is fraught with domestic politics, pitting American importers who are desperate for tariff relief against labor unions and U.S. steel producers in critical Midwestern swing states, who want the duties to stay in place.

TPP redux: Tai will also be an important influence on the administration’s decision whether to reopen Asia-Pacific talks on a trade deal to replace the Trans-Pacific Partnership, from which Trump withdrew U.S. participation. Moderate Democrats and some industry interests are already pushing the White House to restart those negotiations, but Tai has refused to commit. During her nomination hearing, she told senators that the TPP was a “solid formula” to contain China, but that the world has changed since the U.S. left it.

Issues with neighbors: Tai will also face immediate decisions close to home, like how to handle a dairy enforcement case the Trump administration brought against Canada under the updated NAFTA, and whether to initiate a labor enforcement action against Mexico called for by U.S. unions.

Battery blues: She’ll also have to decide whether to recommend that Biden overturn a recent International Trade Commission ruling against a South Korean batterymaker that threatens its new factory being built in Georgia. Republican Gov. Brian Kemp has asked the president to reverse the ruling, something not done since 2013, and federal law designates USTR as the agency responsible for the policy review.

Goodwill to start: No matter how Tai and the White House handle those trade issues, their decisions are likely to anger either foreign allies or domestic industries that Biden hopes to court during his term. But Tai will enter the fray with broad support from industry, labor and environmentalists, earned during her role shepherding the Congressional negotiations for the updated NAFTA trade deal signed last year.