Bill Barr had advocated against clemency for Stone as well. 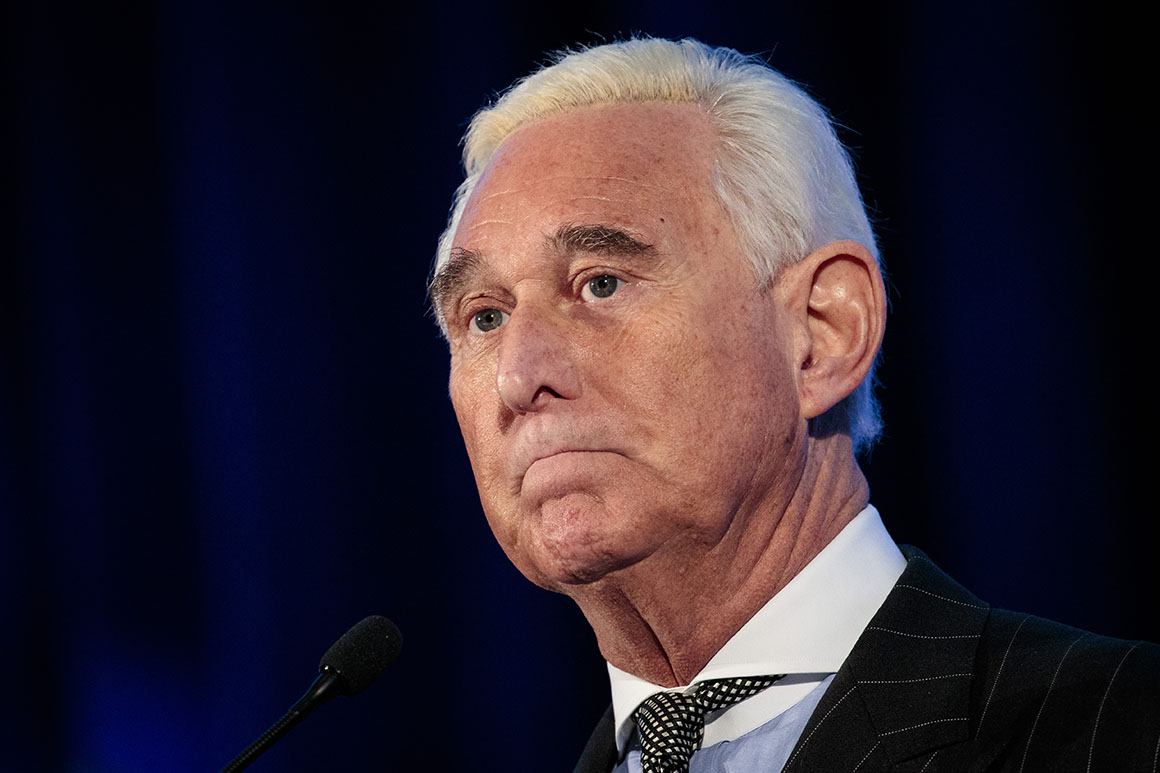 House GOP Leader Kevin McCarthy (R-Calif.) and Rep. Elise Stefanik (R-N.Y.) were among those who advised Trump to consider avoiding clemency for Stone ahead of the 2020 election, worrying it could be bad politics for Republicans, Stone said during an appearance on a podcast hosted by fellow Trump supporter Charlie Kirk.

"Congressman Matt Gaetz from my home state of Florida, who I know was out there when Kevin McCarthy and Elise Stefanik were arguing against any clemency for Roger Stone because it might cost the Republicans seats," Stone said as he listed those who supported his bid to stay out of jail despite his conviction on charges of lying to congressional investigators probing Russian interference in the 2016 election. "I know that Matt Gaetz was standing tall, both privately and in public, on my behalf."

A source familiar with the exchange confirmed that McCarthy and Stefanik were among a group of GOP lawmakers who shared a ride on Air Force One in late May, as Trump traveled to observe the launch of a SpaceX rocket in Florida. When Trump joined lawmakers, the subject of Stone arose. According to the source, Trump revealed quickly that he intended to extend clemency to Stone, his longtime confident and political adviser, but wanted counsel on timing.

Gaetz indicated the president should give Stone an immediate reprieve while McCarthy and Stefanik advised him to consider waiting until after the election, the source said.

Attorney General Bill Barr had advocated against clemency for Stone as well. But Trump ultimately opted to keep Stone out of prison altogether, commuting his sentence on July 10, just four days before he was due to report to a Georgia facility. The commutation left Stone's convictions standing, and he has vowed to keep fighting them on appeal, though Trump could always pardon him fully at a later date.

Stone's indication that McCarthy and Stefanik — two of Trump's most prominent House defenders during the Russia investigation and impeachment inquiry — fought against immediate clemency is notable because few elected Republicans have spoken publicly on the matter. Aides to the lawmakers did not respond to requests for comment.

Of those who did speak, Sen. Mitt Romney (R-Utah) called it "unprecedented, historic corruption" and Sen. Pat Toomey (R-Pa.) said he disagreed with the decision. Sen. Lindsey Graham (R-S.C.), on the other hand, endorsed Trump's commutation decision, saying it was appropriate because Stone was a first-time non-violent offender.

Stone was convicted last year on multiple counts of lying to the House Intelligence Committee about his efforts to contact WikiLeaks and gain advanced knowledge of its plans to release hacked emails from Hillary Clinton and her campaign advisers. He was also convicted of threatening a witness in the case and was twice rebuked by the judge in his trial for violating gag orders.

Stone was sentenced in February to 40 months in prison, and his efforts to postpone the start of his jail term failed when Judge Amy Berman Jackson rejected a last-ditch attempt to delay his sentence until September.