The ex-president still speaks for millions of Americans. Why is it so hard to find someone to speak for him? 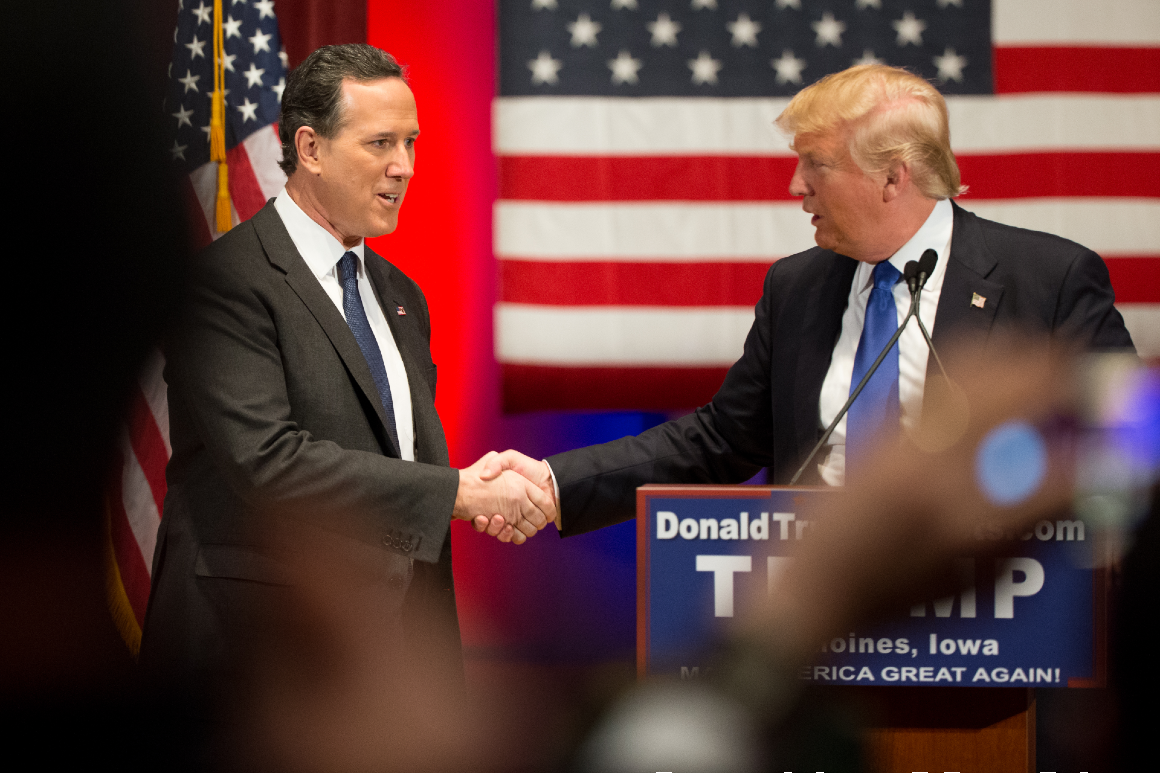 Pity the poor producers at CNN. There are at least 74 million Trump voters out there, and many of them watch TV and want to hear their man and his position defended. But no matter which Trump-adjacent person the producers hire for the job—a political strategist, an out-of-office politician, a radio talk-show host, a campaign veteran—these appointments tend to end in a publicity crack-up.

Just a few days ago, Rick Santorum, the former Republican senator from Pennsylvania, engaged in the sort of self-demolition that has come to distinguish CNN’s designated Trumpian voices. Speaking at a conservative event, Santorum stubbed his tongue and bruised it all the way back to the hyoid bone by saying there was “nothing here” when white settlers arrived on America’s shores and “there isn’t much Native American culture in American culture.” His attempt to reverse his rhetorical nosedive with an explanation on CNN’s “Cuomo Prime Time“ failed, and the network lifted his contract.

Santorum joins a shortlist of other Republican “analysts” who have lost their CNN contracts after speaking their minds: Jeffrey Lord; Jack Kingston; and Ed Martin. Lord, as mentally disciplined as Santorum and much more the Trump toady, got the hook in 2017 after tweeting “Sieg Heil!” at one of his critics. Kingston’s contract was not renewed in 2019 after he said Parkland shooting survivors were being used by gun-control leftists. Martin’s gig ended in 2018 after four months when he called some of his fellow CNN panelists “Black racists“ on his radio show. (Martin had been brought in as a Lord replacement, proving that CNN producers know how to go from bad to worse.)

READ:  ‘You get made fun of’: Trump campaign office shuns masks, social distancing

Other Trumpian commentators have been de-CNNed after becoming the targets of damaging accusations (Paris Dennard; Jason Miller), recycled themselves from CNN back into politics (Marc Short; Ken Cuccinelli), drifted away from the position for vague or unstated reasons (Cory Lewandowski; Scottie Nell Hughes) or bailed to accept or seek new jobs (Kayleigh McEnany; Stephen Moore). There’s probably more job security rolling burritos at Chipotle than serving as a Trump surrogate at CNN.

If you’re feeling generous to CNN, you can give them credit for flooding the zone to find people who would defend the Trump presidency and will continue to defend the current trajectory of the Trump Republican Party. MSNBC has felt no such compunction, as Jeremy Barr wrote in 2018 for the Hollywood Reporter, preferring to stock its designated-conservative slots with Never-Trump Republicans. If you’re feeling ungenerous to CNN, you can damn the network for lowering its journalistic standards to the point where practiced liars and propaganda artists lounge on the payroll.

Because so much of what passes for news on CNN is actually talk and opinions, the CNN formula commands its producers to find Trump-friendly sources who will volley with the network talent and the Democratic analysts they recruit to give the Democrats’ point of view. The flaw in that formula during the Trump era, an era that shows no sign of ending, is that while it’s been easy for Trump to be cruel, arbitrary, authoritarian, inconsistent, ignorant yet confident, bullying and crude in his performance as a candidate, a president and a party leader, it’s another challenge entirely to find a person who can reliably go on TV several times a week to mop up the water damage—and somehow remain a credible public figure.

READ:  Down to the wire: Biden's green goals face a power grid reckoning

Trump gets away with it because he’s Trump, somebody who has sloughed off the normal rules of conduct. But a commentator on a mainstream TV channel has to operate largely within those rules, while still defending the guy who breaks them. On Fox News, pro-Trump commentators have thrived for years because nobody challenges them. But not so for CNN defenders. Imagine your higher cognitive functions getting knotted up after you’re asked to defend Trump’s “shitholes” as not being racist and actually taking that position, as Santorum did, or excuse Trump’s refusal to denounce white supremacists because Trump doesn’t like to “say something bad about people who support him,” as Santorum did, or to defend Trump’s Russia lies because “the president doesn’t tell the truth about a lot of things fairly consistently,” as Santorum also did. You might start saluting your enemies on Twitter with sarcastic “Sieg Heils” and mouthing inanities about Native Americans—or, at the very least, plan a quiet exit from the network.

Explaining why Trump surrogates burn out so reliably on CNN is like trying to explain why polonium-210 has a half-life of only 138 days before it decays to lead-206. Trump defenders arrive on CNN in an energetic state, vibrating with loyalty to their leader, but disintegrate as if commanded by the laws of physics, either escaping or suffering ejection. With the recent past as our guide, the only thing Santorum’s departure presages is the hiring or promotion of another Trump-philic Republican to his slot—and his eventual unseating. It’s a radioactive position.

READ:  Post-debate polls: Biden up by 5 in Florida, 7 in Pennsylvania

Yes, I know there are Trump-phobic Republican analysts on CNN, like Charlie Dent and Ana Navarro, but they are rarely the go-to talkers. Send isotopes to Shafer.Politico@gmail.com. My email alerts are leptons, my Twitter account is a neutrino and my RSS feed is a bambino.