The failed 2020 congressional candidate met last week with the chair of the National Republican Senatorial Committee. 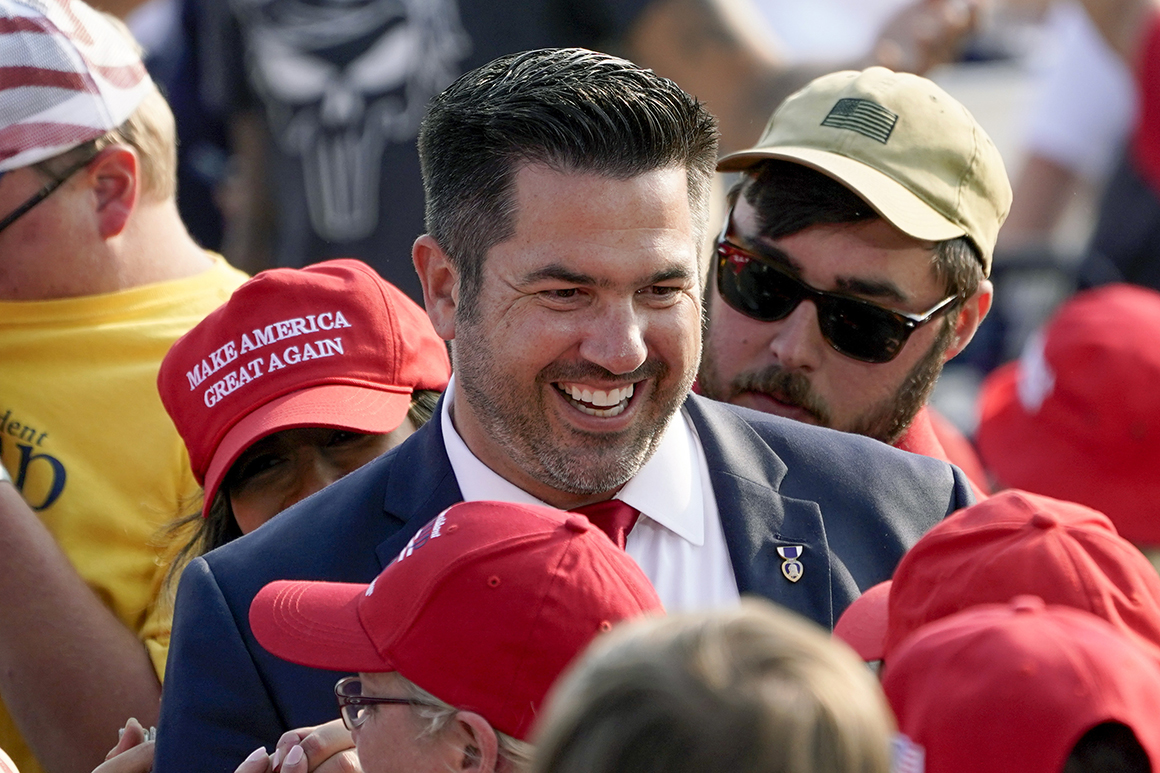 Sean Parnell, a military veteran and former congressional candidate in Pennsylvania, met with Republican leaders in Washington last week as he moves toward a potential Senate campaign, according to two sources familiar with his plans.

Parnell met with Sen. Rick Scott (R-Fla.), the National Republican Senatorial Committee chair, and several other senators, according to two sources familiar with his schedule, who requested anonymity to detail private conversations. Parnell has publicly floated a potential Senate campaign for weeks and is expected to join the Republican primary to replace retiring GOP Sen. Pat Toomey, which already includes several candidates.

Pennsylvania is one of Democrats’ top targets next year, and it's a critical state for Republicans to hold to have a clear path to winning back the Senate.

In 2020, Parnell lost to Democratic Rep. Conor Lamb by roughly 2 percentage points. He raised nearly $4 million for that race, and ended the campaign with roughly $167,000 in the bank as of March 31, according to a recent filing with the Federal Election Commission. A spokesman for Parnell’s House campaign confirmed his interest in a Senate run.

"Sean is getting significant support and encouragement to run for Senate all across Pennsylvania,” Ian Prior, who was spokesman for Parnell’s 2020 campaign, said in a statement. "People have had enough of the Biden agenda after only 100 days, and view Sean as the best candidate to win in 2022 and join a new Republican majority in the Senate.”

Prior said Parnell was doing "due diligence" and "measuring the terrain" before deciding on the race. "But Sean fully understands the gravity of the need for a fighter to ensure that Pennsylvanians have a senator that will stop the leftist agenda in its tracks," he said.

READ:  Opinion | Why an Iran Attack Could Be Biden’s ‘Hour One’ Crisis

An NRSC spokesman declined to comment on the meeting.

Parnell is close with Donald Trump Jr., the former president's son and political adviser. Trump Jr. has previously said he would support Parnell for whatever office he sought in 2022.

A statewide bid looks likely given his meetings with prominent senators. Parnell is also speaking at a GOP event in May in Luzerne County, which is in the northeastern part of the state, well outside the congressional district where he ran last year.

Jeff Bartos, a real estate developer and former candidate for lieutenant governor, is the only top-tier Republican in the race currently. He has more than $1.1 million in the bank as of March 31, according to his most recent filing with the FEC. A super PAC backing him has also raised $750,000, POLITICO previously reported.

Lamb, who defeated Parnell, is considered likely to enter the already crowded Democratic Senate primary, setting up a possible statewide rematch between the two men.