The White House and Senate Republicans were forced to delay the release of their proposal amid deep divisions. 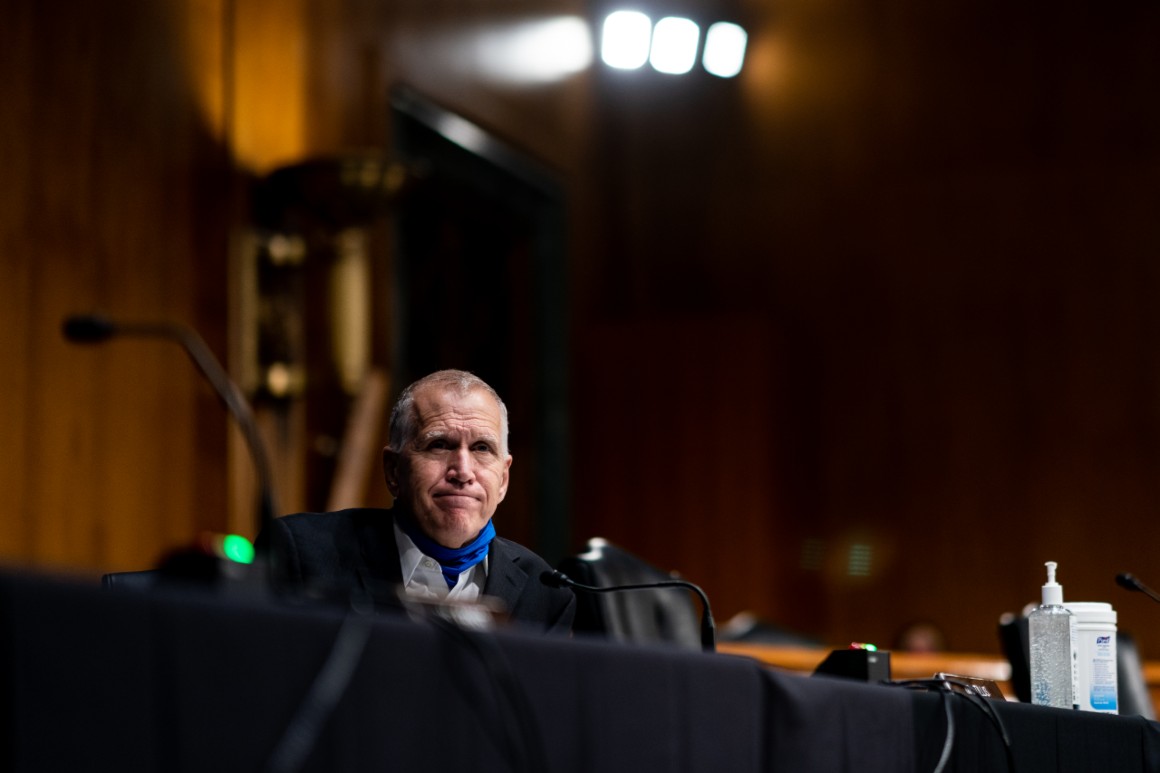 Senate Republicans and the White House wasted a week at the worst possible time.

Amid a series of crises — with 30 million Americans unemployed and coronavirus cases spiking nationally — White House officials and Senate GOP leaders couldn’t even come to an agreement among themselves on a starting point for a new relief package, let alone begin bipartisan talks with Democrats.

They clashed over a payroll tax cut, more money for testing, unemployment insurance benefits and a raft of other measures to address the unprecedented economic slowdown. The planned unveiling of a new $1 trillion bill got delayed and delayed again. With Election Day only 103 days away, this is the last thing an embattled president and Senate majority needed to happen.

Republicans acknowledged the bickering, even as they tried to downplay the episode.

“We have to resolve some of the conflicts with the administration. They moved in our direction.” said Sen. Thom Tillis (R-N.C.), who faces a tough race in November. “It's a normal part of the sausage factory.”

"Nothing surprises me in the United States Senate," added Sen. John Kennedy (R-La.).

But privately, GOP lawmakers were flabbergasted that they’ll likely have to wait until next week to unveil even an initial proposal.

“You just got to get something out there,” complained one Republican senator. “It will be insufficient to the task, but at least it starts the discussions.”

What’s worse for Senate Majority Leader Mitch McConnell, Treasury Secretary Steven Mnuchin and White House Chief of Staff Mark Meadows — the key players in this drama — was they were supposed to be ready for this moment.

The Senate was coming off a two-week recess, during which time GOP leaders, committee chairs and White House officials privately floated proposals to each other outlining what they wanted for certain elements of their proposal. Republicans and the White House were eager to produce a joint plan that would give them a strong negotiating position heading into a showdown with Speaker Nancy Pelosi (D-Calif.) and Senate Minority Leader Chuck Schumer (D-N.Y.).

But the White House rejected Senate GOP demands for tens of billions of new spending to beef-up coronavirus testing at the state level, and then “zeroed out” requests for more Pentagon and global health money. The White House also pushed for pet projects including $250 million for renovating the FBI building.

President Donald Trump continued to push for a payroll tax cut, which most Republicans have long opposed, further complicating the situation. Eventually Trump gave in on that one. Again.

Then there was unemployment assistance. With $600-per-week federal payments to millions of newly unemployed Americans expiring by the end of the month, there was urgency to find a compromise.

Yet some Senate Republicans wanted no additional federal support for the out-of-work, saying business owners are complaining that they can’t hire people because the unemployed make more staying home. Other GOP senators wanted scaled-back payments. Still another group wanted to extend the current payments. Republican leaders created a plan that would let individual states tailor their payments, yet the White House rejected that as inadequate.

Despite some last-minute shuttle diplomacy by Meadows and Mnuchin this week, a potential deal fell apart. The delay in releasing the package gave Democrats an easy opportunity to slam Trump and Republican leaders for inaction, and they took it.

“Senate Republicans… have been so divided, so disorganized, so unprepared that they have struggled to even draft a partisan proposal within their own conference,” Minority Leader Chuck Schumer (D-N.Y.) said.

Some GOP senators and aides expressed deep frustration privately — and largely blamed the White House — though their public comments were more conciliatory, saying the setback is all part of the typical legislative process.

“I’ve been doing this for a while, and this is not outside the norm. Everything always takes longer than you think it’s going to take unless it happens immediately,” said Sen. Roy Blunt (R-Mo.). “I’m not surprised by this. I’d liked to have gotten done today or even stayed and gotten our base bill filed tomorrow, but I don’t think there’s anything extraordinary about it at all.”


The GOP’s struggle to coalesce around a negotiating position is only the beginning of a long slog toward getting any kind of deal before Congress leaves for the August recess. McConnell faces divisions within his own caucus over spending, and he has not even begun talks with Pelosi and Schumer.

"That's unfortunately a pattern we see a lot," complained Sen. Ted Cruz (R-Texas) coming out of a party lunch on Thursday. "Bills are drafted behind closed doors, and then sprung on the conference at the last minute. I think everyone expected that pattern to be followed here as well."

The stakes could not be higher for Senate Republicans, with Trump sinking in the polls and GOP control of the Senate in doubt. Yet even as they left for the weekend, the discussions between the Republican leadership and White House were ongoing.

"It could easily slip through into the weekend," said Senate Majority Whip John Thune (R-S.D.). "I think there's a lot of serious discussions going on. It just takes a while when you got that many moving parts to try and reach a final agreement"

Thune added: "I think most of our members are pretty patient."

Pelosi and Schumer are pushing for passage of the $3 trillion bill passed by the House known as the Heroes Act. McConnell and White House officials, however, want to see a price tag closer to $1 trillion.

Democrats are also calling for a full extension of the $600 boost in unemployment benefits from the March CARES package, which Republicans argue provides a disincentive to go back to work. Senate Republicans were considering a temporary flat payment for boosted unemployment insurance benefits that would last two months until states adjusted their systems, but it’s not clear that’s where the GOP will end up.

Another outstanding issue is money for state and local governments. Democrats want to deliver hundreds of billions of dollars in new aid, while Republicans are expected to provide states only additional flexibility in using existing funds.

But not everyone sees a disaster in the delay.

“I don’t want a GOP proposal that’s going to include state bailouts,” said Sen. Rick Scott (R-Fla.) “Every day they wait is a good day for the country.”