“The broader challenge right now is that that’s where the oxygen is,” the Michigan Republican said. 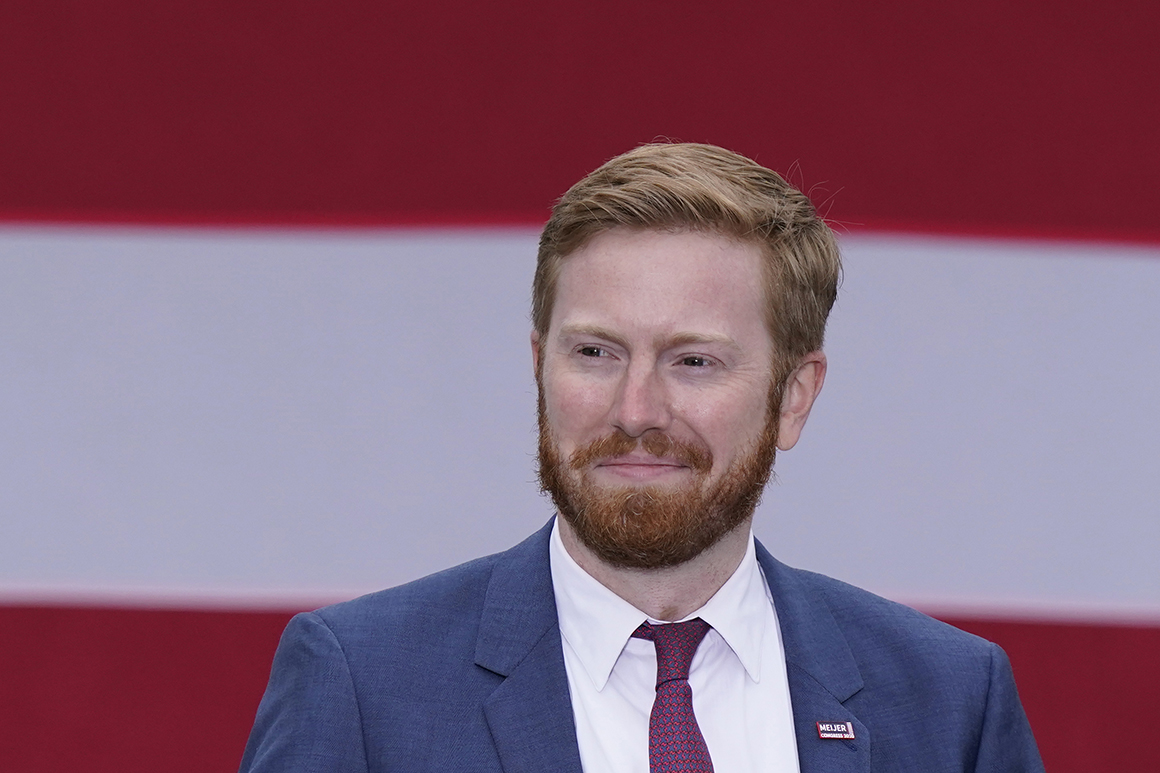 Appearing on CNN’s "State of the Union," the Michigan Republican lambasted Greene’s comments on Real America’s Voice network’s “The Water Cooler with David Brody,” where she likened the requirement of masks to the yellow Star of David that Jewish people were ordered to wear in Nazi Germany.

“I don't even have words to describe how disappointing it is to see this hyperbolic speech that, frankly, amps up and plays into a lot of the antisemitism that we have been seeing in our society today,” Meijer said.

Greene, a Republican from Georgia, called House Speaker Nancy Pelosi “mentally ill” and said the speaker’s suggestion that unvaccinated GOP House members vote in a separate chamber if they refused to wear a mask was “segregation.”

“The broader challenge right now is that that's where the oxygen is. It's in the most outlandish, the most far-fetched, the most attention-seeking message, right?" Meijer said. "We should be talking about policies.”