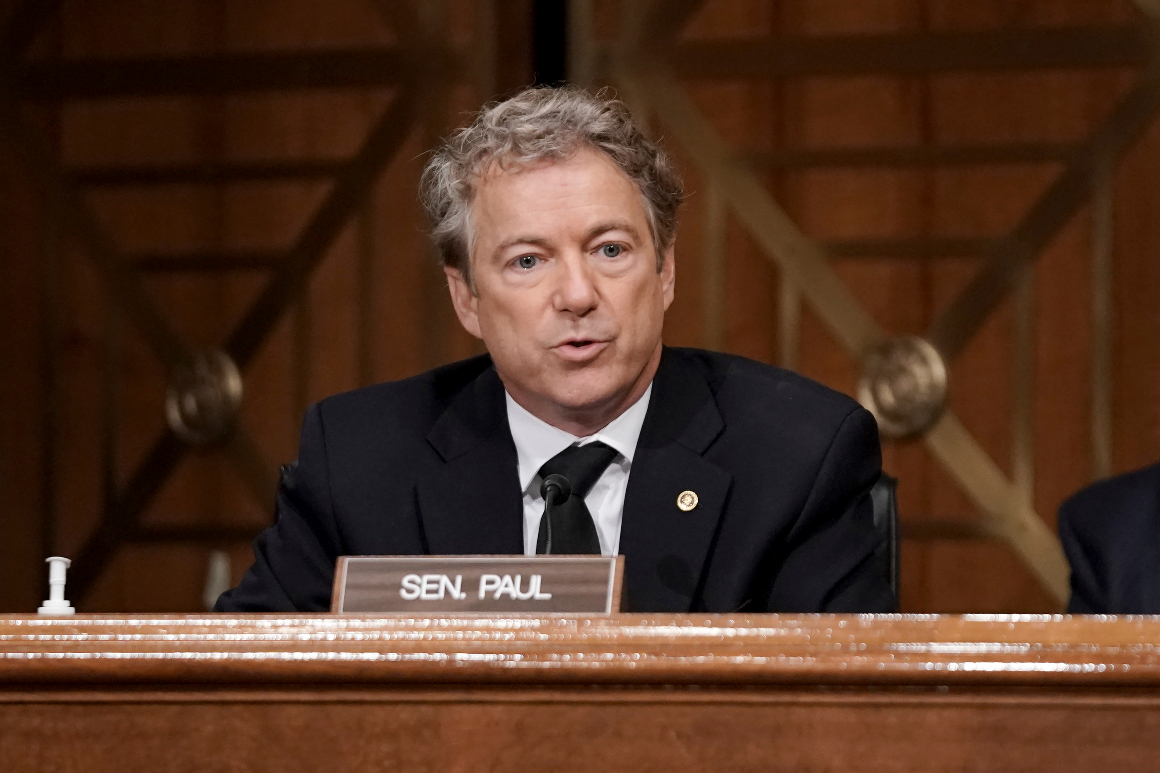 GOP Sen. Rand Paul will force a vote Tuesday on whether putting a former president on trial for impeachment charges is constitutional.

Paul’s effort reflects the widespread belief among Republicans that the Senate should not hold an impeachment trial for former President Donald Trump because he is now a private citizen and therefore is not subject to the punishment of removal from office.

The Kentucky Republican plans to raise a point of order with the Senate parliamentarian Tuesday afternoon, just moments before senators are set to be sworn in for Trump’s second impeachment trial. His attempt is certain to fail, but the final tally could foreshadow the possibility that Trump will be convicted, which requires support from two-thirds of the chamber.

“I think there will be enough support on it to show there’s no chance they can impeach the president,” Paul told reporters. “If 34 people support my resolution that this is an unconstitutional proceeding, it shows they don’t have the votes and we’re basically wasting our time.”

All 50 Democrats are likely to vote against Paul’s motion. If at least 17 Republicans join Democrats, two-thirds of the Senate will have declared that the trial is constitutional.

Republicans have been rallying around the legal argument that the Senate has no authority to put a former president on trial. Constitutional law professor Jonathan Turley, who has defended Trump on similar matters in the past, joined GOP senators for their weekly lunch on Tuesday.

Critics of that legal argument note that federal courts have consistently deferred to Congress to set its own rules and procedures, including the Senate’s “sole power” to hold trials for impeachment charges, as outlined in the Constitution. They also say that a president or any other official subject to impeachment could simply resign immediately before the Senate convicts the individual, thereby evading punishment that could include barring them from holding federal public office again.

The House impeached Trump earlier this month on one charge of inciting the insurrection at the Capitol on Jan. 6, when pro-Trump rioters stormed the building in a rampage that left five people dead.