The White House condemned the regime of President Alexander Lukashenko of Belarus for the “ongoing harassment and arbitrary detention of journalists simply for doing their job,” Psaki said. 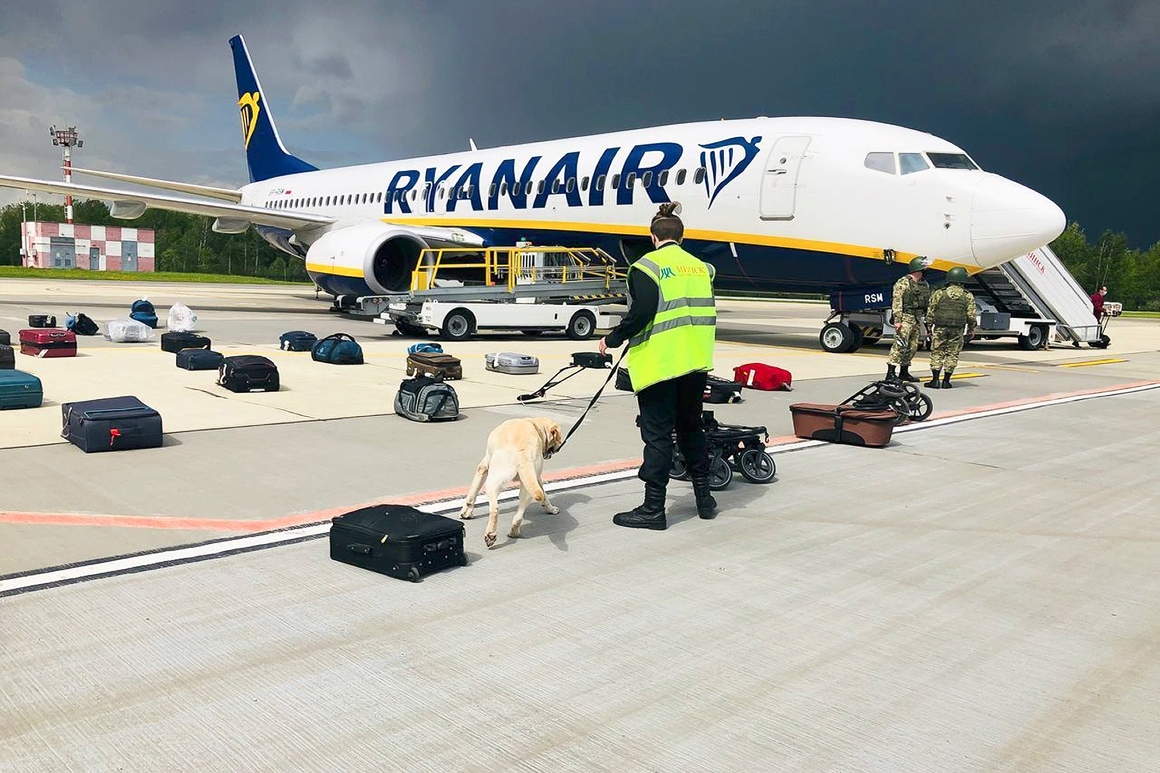 The White House Monday called for an "immediate" international investigation into the forced diversion of a Ryanair flight over the weekend that led to the arrest of a dissident that was on board the flight.

"This was a shocking act of diverting a flight between two EU-member states for the apparent purpose of arresting a journalist, it constitutes a brazen affront to international freedom and security by the regime," White House press secretary Jen Psaki said during a Monday briefing. "We demand an immediate international, transparent and credible investigation of this incident."

The White House condemned the regime of President Alexander Lukashenko of Belarus for the "ongoing harassment and arbitrary detention of journalists simply for doing their job," Psaki added.

The administration is also in touch with its bilateral partners and through multilateral channels, including NATO, the United Nations, the European Union and the OSCE.

"We have nothing to read out at this point, but we will continue to coordinate closely with them," Psaki said.

Background: Belarus used fighter aircraft to force down a Ryanair flight between Greece and Lithuania over the weekend under the guise of a bomb threat and arrested dissident journalist Raman Pratasevich.

In response to the forced landing, the Lithuanian government released a statement recognizing Belarus as "unsafe for Lithuanian citizens" and banned flights to and from Lithuania crossing the country.

"Yesterday's incident involving a civilian aircraft on an international route was an unprecedented event in the history of the European Union airspace, which forcibly involved dozens of EU citizens, children and families," the statement said.

Impact to air routes: On Monday Transportation Secretary Pete Buttigieg told CNN that the safety of flights being operated above Belarus' airspace should be reviewed.

"We, in terms of the international bodies we’re part of and as an administration with the FAA, are looking at that because the main reason my department exists is safety," he said.

Tanya Snyder contributed to this report.