Republicans hail the decision as a victory. 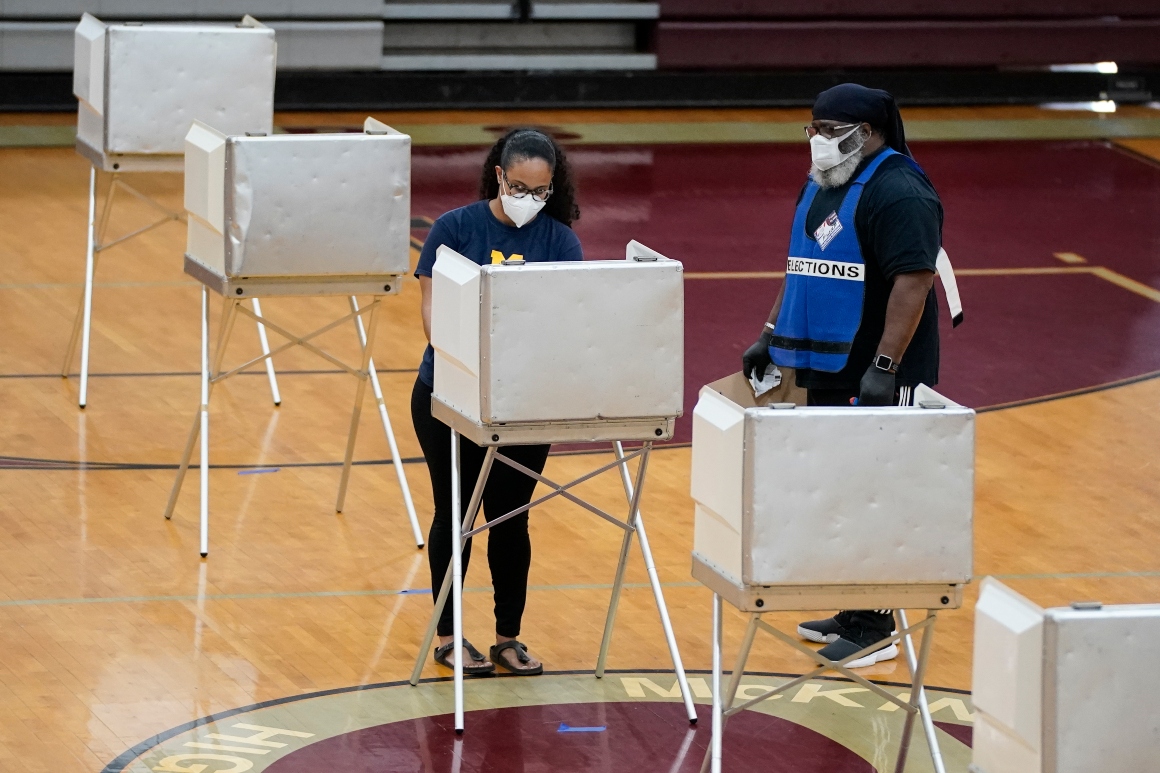 TALLAHASSEE — A Democratic super-PAC and other left-leaning groups have agreed to drop their voting lawsuit against Gov. Ron DeSantis and the Republican Party on the eve of a federal trial that was scheduled to start Monday.

The groups pushed to change Florida voting laws due to the ongoing coronavirus pandemic, but there were signs that the lawsuit was in trouble. U.S. District Judge Robert Hinkle in late June refused to order changes right away, including a request that taxpayers cover postage costs for mail-in ballots.

The decision to end most or all of the legal battle is yet another win for Republicans in a key battleground state that could make or break President Donald Trump’s reelection effort.

The two sides in the lawsuit negotiated an agreement that calls for Florida’s chief election official to educate local election supervisors on pre-paid postage and encourage them to use drop boxes and make vote-by-mail request forms available in Spanish. It also calls for Secretary of State Laurel Lee to undertake a public relations campaign to inform voters of different ways to cast a ballot. Lee also promises to do an outreach campaign to unregistered voters, which was something the state was already planning to do because it is joining a multi-state partnership to combat voter fraud.

This is a far cry from what Priorities USA and other groups were seeking in their lawsuit. Republicans on Sunday reveled in their win over the Democratic aligned group and its allies.

“Today’s victory is a win for Florida voters and a win for election integrity,” said Republican National Committee Chair Ronna McDaniel in a statement. “Democrats’ assault on our elections process is not based on fact or reason, which is why they are dismissing every claim in their radical suit. The RNC will continue to step in and fight back against Democrat attempts to circumvent existing law and weaken our elections process.”

It is not entirely clear if the settlement will end all the litigation. The notice filed with the federal court on Sunday does not mention local election supervisors who were also included as defendants. Most of Florida’s local election supervisors — both Republicans and Democrats — were fighting back against the lawsuit, saying it could create problems to impose changes so close to the elections. Florida’s primary is on Aug. 18, and ballots have already been mailed.

A spokesperson for Priorities USA said the group would have updates and final details Monday.

Priorities USA — along with Florida Alliance for Retired Americans, Alianza for Progress and several individuals — filed a lawsuit in May that sought to throw out state ballot-return deadlines and laws limiting who is allowed to collect vote-by-mail ballots and return them to local election offices. The lawsuit had been consolidated with a similar one filed in March by other groups, including the Dream Defenders, a nonprofit organization established after the fatal shooting of teenager Trayvon Martin.

DeSantis, a Republican and Trump ally, had been under pressure this year from local election supervisors, who have expressed fears that the coronavirus pandemic could affect their ability to recruit poll workers and manage balloting during a presidential year.

Last month DeSantis called on schools to close during the August primary and November general election to make room for what might be record voter turnout. He also issued an executive order that makes it easier for state employees to work at the polls on Election Day.

Democrats and some supervisors were disappointed by the governor’s decision, saying it didn’t go far enough. The association that represents state election officials first asked DeSantis in early April to grant them flexibility over early voting, polling locations and the time period for sending out mail-in ballots.