“Significant uncertainty remains about the timing and strength of the recovery,” Powell said. 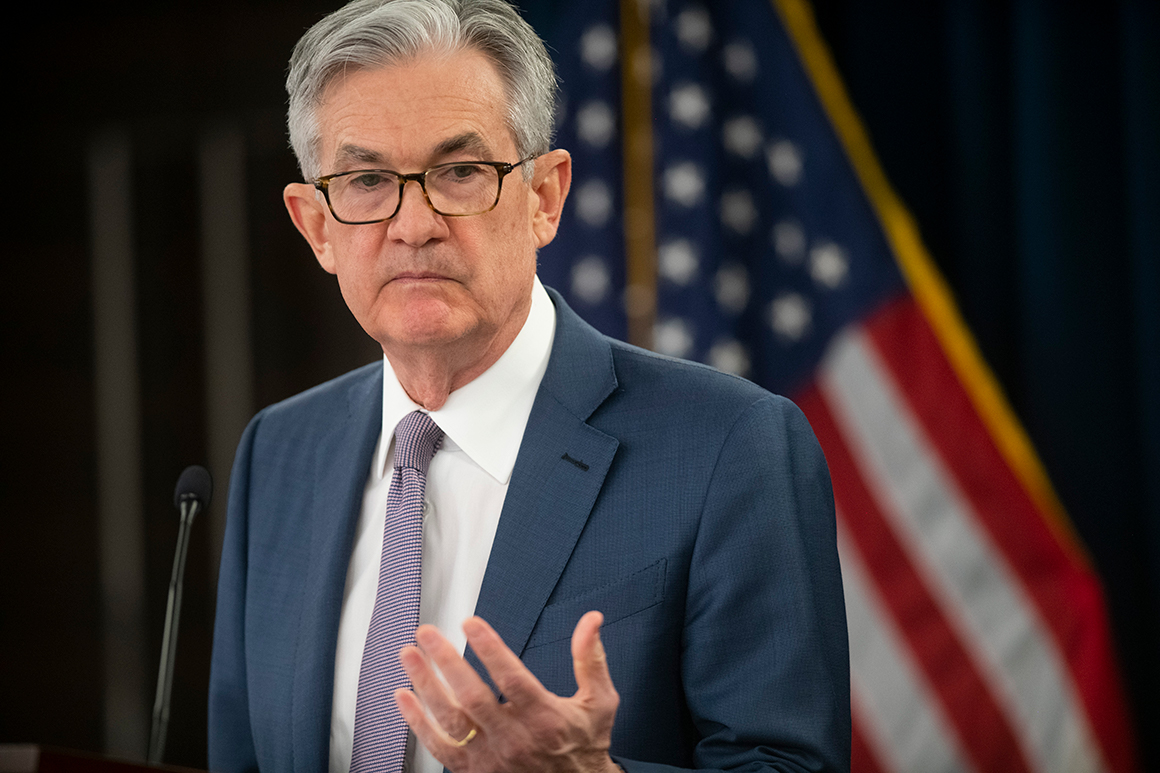 In testimony to the Senate Banking Committee, Powell acknowledged signs that the economy is stabilizing after plunging into a recession in February, but he cautioned that joblessness is still near historically high levels. The Labor Department has admitted that the 13.3 percent unemployment rate reported for May probably understated the number of people who have been thrown out of work.

“Significant uncertainty remains about the timing and strength of the recovery,” Powell said. “Much of that economic uncertainty comes from uncertainty about the path of the disease and the effects of measures to contain it. Until the public is confident that the disease is contained, a full recovery is unlikely.”

The Fed chief's testimony came a week after the central bank projected the economy would ultimately contract by a staggering 6.5 percent this year, despite regaining some ground in the second half of the year, and conflicted with the narrative from Trump, who trumpeted positive economic data.

“Wow! May retail sales show biggest one-month increase of ALL TIME, up 17.7%,” the president tweeted Tuesday morning. “Far bigger than projected. Looks like a BIG DAY FOR THE STOCK MARKET, AND JOBS!”

The previous day Trump boosted the theory that the country is experiencing a quick rebound, quoting Chetan Ahya, chief economist at Morgan Stanley: “We have greater confidence in our call for a V-shaped recovery, given recent upside surprises in growth data and policy action.”

The unemployment rate did tick down unexpectedly last month, and other economic indicators have come in more positive than predicted. But Powell said this news is partially a result of Congress‘ willingness to spend record amounts of money to rescue the economy and gently suggested that lawmakers might need to do more.

Some key emergency economic relief programs are winding down: Small businesses that borrowed hundreds of billions of dollars under the government's Paycheck Protection Program have to rehire workers by June 30 to be eligible for loan forgiveness, while enhanced unemployment benefits run out on July 31.

“With an easing of restrictions on mobility and commerce and the extension of federal loans and grants, some businesses are opening up, while stimulus checks and unemployment benefits are supporting household incomes and spending,” Powell told the Banking Committee.


He declined to give specific recommendations on further spending by Congress, but noted that millions of people are employed by state and local governments, many of which are experiencing fiscal crunches.

“It’s certainly an area I would be looking at if I were you,” he said. “That’s going to weigh on the economy.”

Powell also said the Fed’s projections for economic performance this year, including a 9.3 percent unemployment rate by the end of 2020, didn’t factor in a potentially worse outcome if there is a second major outbreak of the coronavirus.

“Anything that enhances the public’s confidence and ability to become ever more confident that it’s safe to go out and take part in the economy will have very high returns for the economy,” he said.