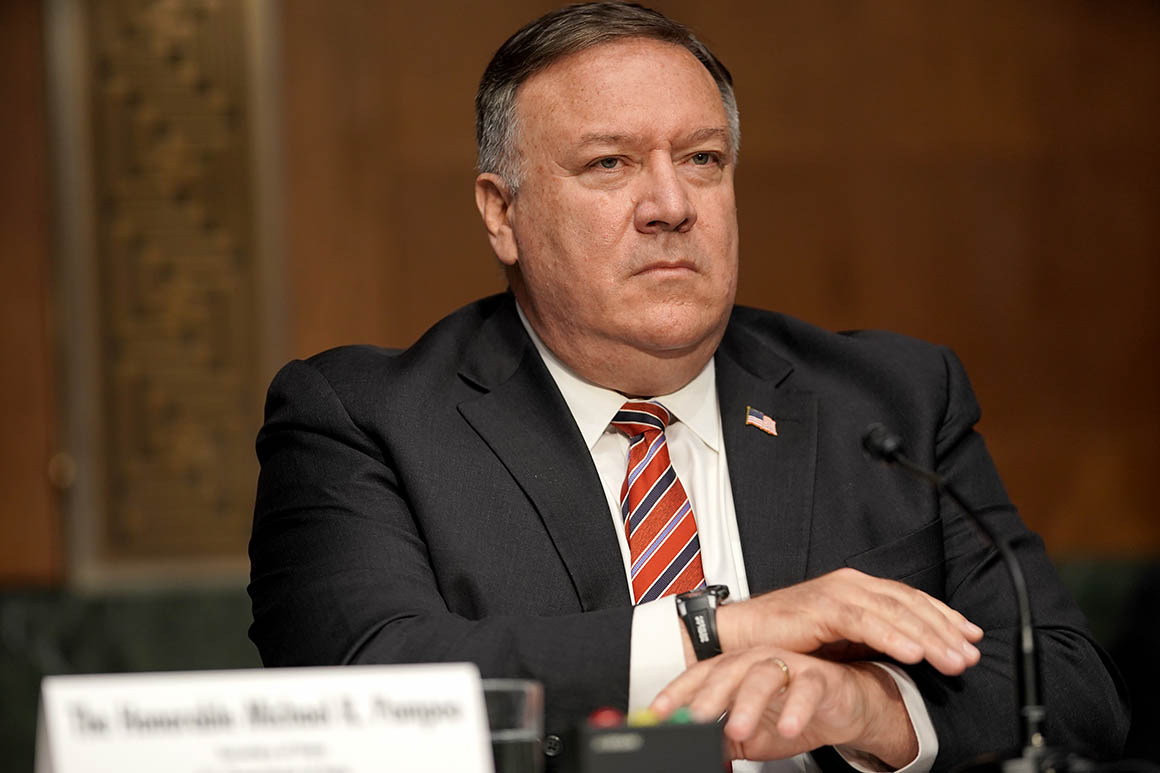 U.S. Secretary of State Mike Pompeo on Friday said Washington would do anything in its power to prevent the expiration of an arms embargo on Iran in October of this year.

Speaking at a joint news conference with Austrian Foreign Minister Alexander Schallenberg in Vienna, Pompeo said the U.S. could not "allow the world's biggest state sponsor of terrorism to buy and sell weapons," adding: "I mean that's just nuts."

His remarks came after the U.N. Security Council on Thursday started voting on the U.S. bid to extend an arms embargo that was imposed on Iran in 2007, a push opposed by Russia and China.

While Washington has threatened to trigger a reintroduction of all U.N. sanctions on Iran should the Security Council decide to lift the embargo, France, Germany and the U.K. have denounced the idea as harmful — arguing the U.S. would not have the right to do so after its 2018 withdrawal from the Joint Comprehensive Plan of Action (JCPoA), commonly known as nuclear deal and aimed at limiting Iran's nuclear ambitions.

But Pompeo on Friday said that U.S. insistence on the arms embargo was a separate issue. "This isn't about the JCPoA, this is about whether the world is going to permit Iran to buy and sell weapon systems again — it's that clear, it's that simple," he said.

"We think the time is not right, we don't think Iran has given any indication that it is in a place remotely where the world [should] sell them high-end weapon systems," he said, referring to Iran's recent failure to satisfy requests by the International Atomic Energy Agency (IAEA), over which the country was officially reprimanded in June.

"Iran must provide full, transparent and immediate cooperation with the IAEA," Pompeo said, adding that he would therefore "ask nations to urge the U.N. Security Council to renew the arms embargo on Tehran."

Despite European countries' recent calls on Washington to refrain from actions that could imperil the nuclear deal, Pompeo reacted tersely to a question on the topic during his otherwise serene trip to Vienna.

"We're gonna do everything that we can within our diplomatic toolset to ensure that that arms embargo doesn't expire," he said.